09:10 GMT – Russian PM back to work after coronavirus battle

Russian Prime Minister Mikhail Mishustin is returning to his duties after fighting off the coronavirus, the Kremlin said.

President Vladimir Putin signed a decree ordering Mishustin to assume his regular duties, which were carried out by a deputy since April 30, while the prime minister was receiving medical treatment. 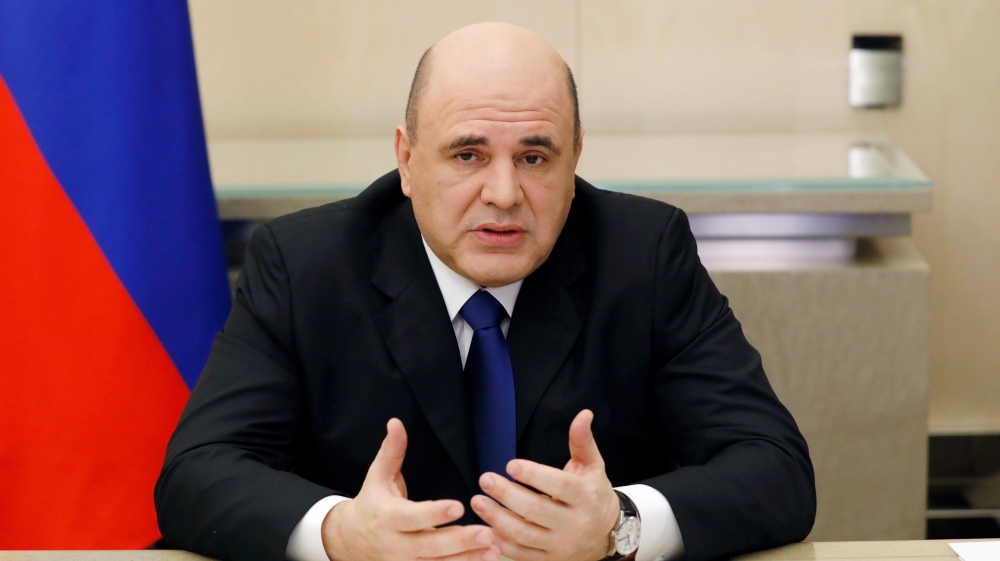 Spain has lifted a ban on all direct flights and ships from Italy since March 11 during its coronavirus lockdown, according to the government gazette.

Travellers from Italy will have to comply, however, with a two-week quarantine like other foreign visitors, while a state of emergency is in place.

08:00 GMT – China says US trying to smear Beijing over WHO

China said the US was trying to shift the blame for Washington’s own mishandling of the COVID-19 crisis, responding to Trump’s letter threatening to permanently freeze funding to the WHO.

Trump threatened on Monday to reconsider Washington’s membership of the UN agency if the organisation did not commit to improvements within 30 days, and said the body had shown an “alarming lack of independence” from China.

Chinese foreign ministry spokesman Zhao Lijian told reporters the US was trying to smear China and had miscalculated by trying to use China to avoid its own responsibility.

Zhao also said China would would agree to an eventual review of the global response to the pandemic, but not an immediate probe as Australia and others have proposed. 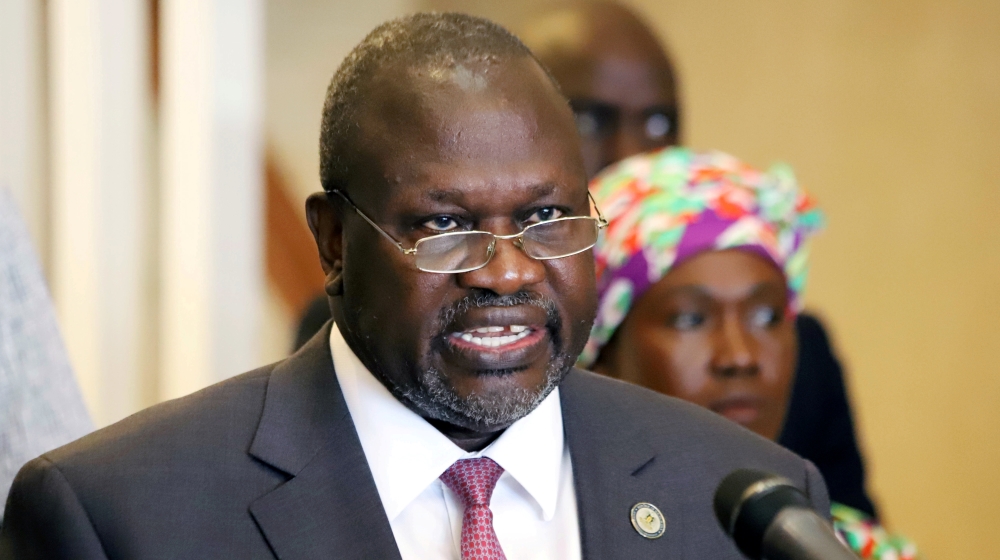 Machar’s wife, Minister of Defence Angelina Teny, and “a number of his office staff and bodyguards” have also been infected, his office said.

Qatar has confirmed 12 coronavirus cases in its central prison, but denied reports of a widespread outbreak, saying all infected patients had been “transferred immediately” to a specialised hospital, isolating them from others.

The government issued the statement following a Human Rights Watch (HRW) report, which warned about the spread of the disease inside the jail complex potentially becoming “a public health disaster.”

Some of the world’s leading tennis stars, including men’s number one Novak Djokovic, have rallied behind relief efforts led by Pakistan’s top tennis player to help feed people affected by the coronavirus pandemic.

The initiative was launched last week by doubles specialist Aisam-ul-Haq Qureshi, who has been raising funds and delivering door-to-door ration packs to poor families suffering due to the country’s partial lockdown. 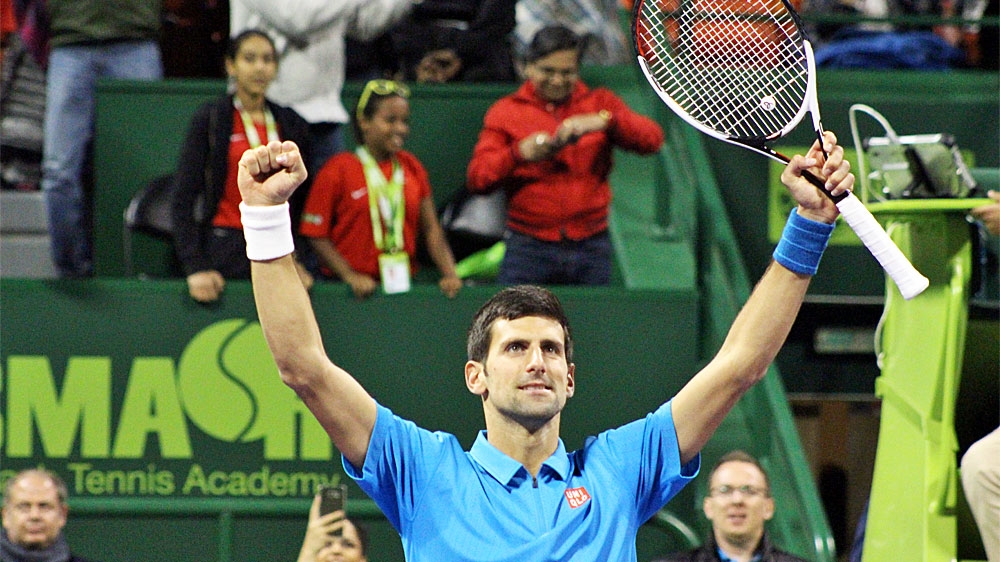 Djokovic donated a shirt he wore at the 2011 Australian Open final, which he won [Saba Aziz/Al Jazeera]

A measure of the number of people claiming unemployment benefits in Britain soared in April, the first full month of the government’s coronavirus lockdown, government data showed.

The ONS also said Britain’s unemployment rate fell to 3.9 percent in the January-March period, covering only one week of the lockdown, from 4.0 percent in the three months to February. 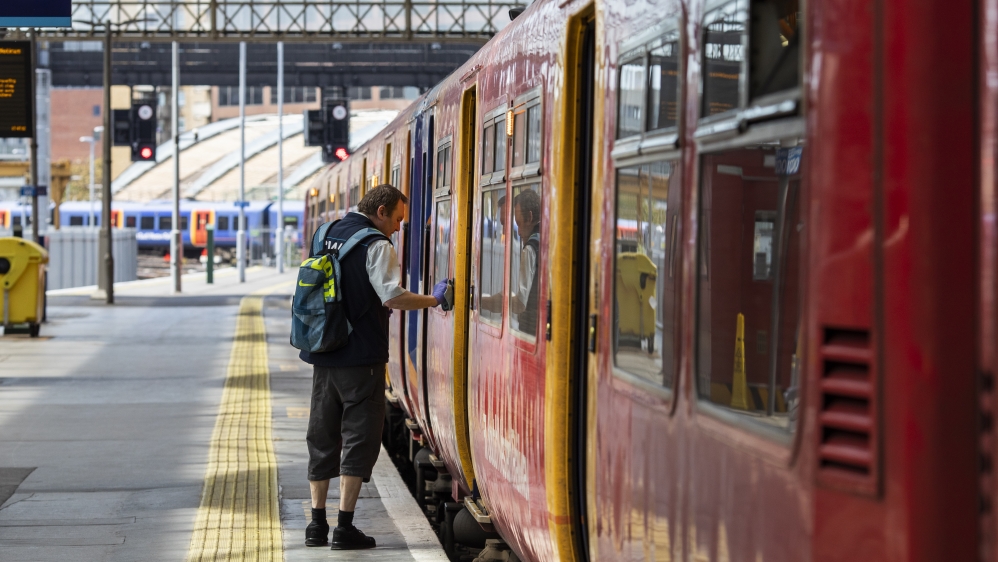 Singapore has apologised to 357 COVID-19 patients who received an erroneous text message saying they had again tested positive for the novel coronavirus.

“The messages had been sent due to an IT system testing glitch as we sought to improve the efficiency of our system,” the health ministry said in a statement.

It apologised “for any inconvenience and anxiety caused” and said recipients had been alerted to the error within hours.

Hello, this is Saba Aziz in Doha, taking over from my colleague Kate Mayberry.

I will be handing over the blog to my colleagues in Doha shortly. A quick recap on this morning’s developments: US President Donald Trump has threatened to permanently freeze US funding for the WHO and withdraw from the organisation if it does not reform within 30 days; the US has set aside $11bn to ramp up coronavirus testing; and it looks as if Hong Kong will extend social distancing measures that outlaw gatherings of large groups.

Authorities in the Chinese city of Shulan are tightening lockdown measures after a spike in coronavirus cases.

Since noon on Monday, people living in compounds with confirmed or suspected cases have been barred from leaving while visitors have been banned. All food will be delivered.

The northeastern city of Shulan has confirmed 19 locally-transmitted cases of the virus since May 7, according to state media. It was classified as a “high risk” area on May 10.

The local government in #Shulan, Jilin province, announced plans to step up its lockdown measures by tightening movement control in all residential areas as the number of new cases in a #Covid_19 cluster that was first detected there continues to rise. https://t.co/dYRXZmpn3Q pic.twitter.com/129QJoZ7Ld

The Chinese Embassy in Canberra has dismissed Australian claims that a World Health Assembly (WHA) resolution calling for an inquiry into the coronavirus was a vindication of the country’s campaign for a global review.

“The draft resolution on COVID-19 to be adopted by the World Health Assembly is totally different from Australia’s proposal of an independent international review,” the embassy said in a statement that was emailed to journalists in Australia.

“To claim the WHA’s resolution a vindication of Australia’s call is nothing but a joke.”

Hong Kong’s chief executive Carrie Lam has indicated social distancing measures that prohibit gatherings of more than eight people will be extended, which could make the territory’s annual commemoration of the 1989 Tiananmen massacre impossible.

“There’s no political consideration at all on certain anniversaries or political gatherings and so on,” Lam said. “Our only consideration is public safety and public health concerns.”

With coronavirus receding, anti-government protests that rocked the territory last year have resumed. 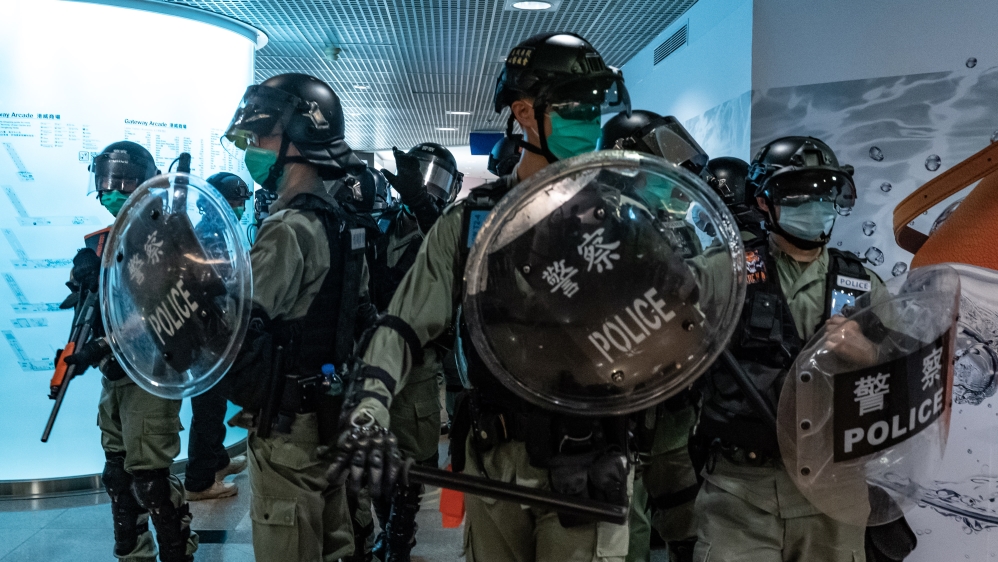 03:30 GMT – Trump threatens to halt funding permanently if WHO does not reform

US President Donald Trump has threatened to permanently halt funding for the WHO and withdraw the United States from the United Nations health agency if it does not make “substantive improvements” in the next 30 days.

Earlier on Monday he attacked the WHO as a “puppet of China”. The president froze US funding for the WHO in April.

This is the letter sent to Dr. Tedros of the World Health Organization. It is self-explanatory! pic.twitter.com/pF2kzPUpDv

02:30 GMT – Children in New South Wales to return to school next week

Children in the Australian state of New South Wales (NSW) will return to school full-time from next week, the state’s Premier Gladys Berejiklian told reporters in Sydney.

Berjiklian said the state government had used the time that children were at home to prepare schools as a coronavirus-safe environment but warned that temporary closures would probably be necessary to contain sporadic outbreaks of the virus.

From May 25, here’s the plan for a full-time return to schools for NSW students. Find out more: https://t.co/k8nhFDLocW pic.twitter.com/PwUaopranu

02:00 GMT – Medical evacuations of Indigenous people in Amazon with COVID-19

The coronavirus is spreading so fast among Indigenous people in the most remote parts of Brazil’s Amazon rainforest that doctors are having to evacuate the most seriously-ill patients by plane.

“It’s the last opportunity to save their lives,” Edson Santos Rodrigues, a paediatric doctor working on medevac plans in Amazonas told Reuters News Agency. “Sometimes we don’t get there in time because we cannot land at night on remote airfields that have no lights.”

The US Department of Health and Human Services (HHS) has set aside $11bn in new funding to support coronavirus testing.

The Centers for Disease Control and Prevention (CDC) will provide $10.25bn to states, territories and local jurisdictions, the CDC said in a statement. The Indian Health Service will provide $750m to the IHS, tribal and urban Indian health programmes, it added.

HHS Secretary Alex Azar said the “historic investment” would enable the US to track and control the spread of the virus as the country reopens.

“For the sake of all Americans health and wellbeing, we must help Americans get safely back to work and school, and that requires continued expansion of testing, surveillance and contact tracing,” he said.

23:30 GMT (Monday) – Trump turns on WHO over handling of pandemic

President Trump has again attacked the WHO calling the UN agency a “puppet of China” that has “done a very sad job” in handling the coronavirus.

Trump has already suspended US funding of the WHO.

Trump’s comments came after the US administration continued to put pressure on the WHO over its handling of the pandemic at a key meeting of the agency’s decision-making body, the WHA.

Studies from the UN Educational, Scientific and Cultural Organization (UNESCO) and the International Council of Museums have confirmed that more than 85,000 museums across the world – about 90 percent of all institutions – have shut because of the coronavirus.

UNESCO said protection of staff, digitisation and inventory, as well as online content development were priorities for museums but noted that there were large disparities in digital access between different regions.

Museums may be temporarily closed, but they remain a source of knowledge and discovery for many – now through virtual tours in particular.

Read all the updates from yesterday (May 18) here.