02:07 GMT – No annual growth target for virus-hit China, a first in years

China took the rare move of not setting an annual growth target this year after the coronavirus battered the world’s second-largest economy and ravaged global growth.

Instead, given “great uncertainty” caused by the COVID-19 pandemic, Beijing will “give priority to stabilising employment and ensuring living standards”, Premier Li Keqiang told the opening of the National People’s Congress.

This marks the first time that China did not set a gross domestic product (GDP) goal since 1990 when the government started to publish such targets. 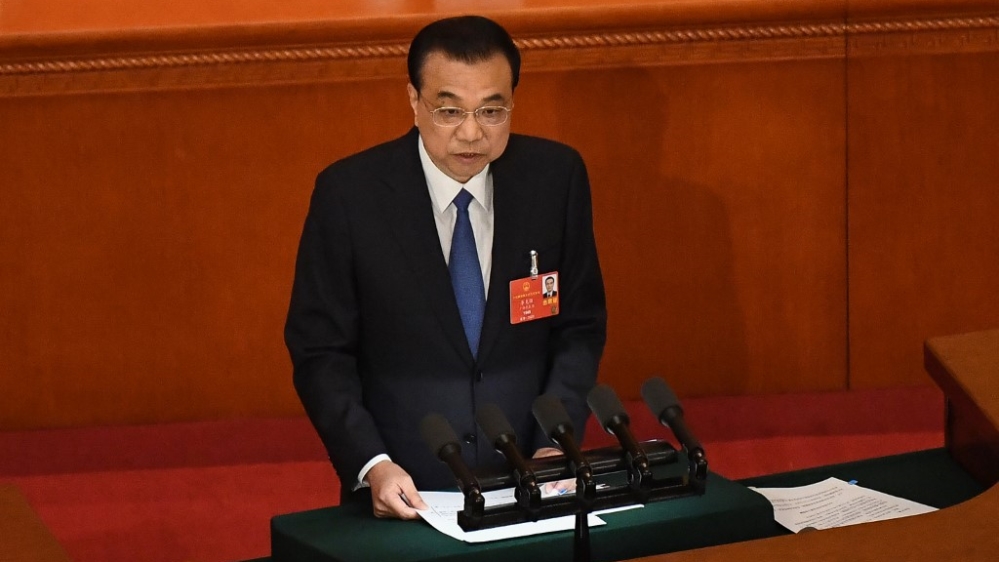 Chinese Premier Li Keqiang delivers his work report during the opening session of the National People’s Congress (NPC) at the Great Hall of the People in Beijing on May 22, 2020 [Leo Ramirez/ AFP]

More than 2,500 migrants became stranded in Panama in March when the border with neighbouring Costa Rica was closed. The vast majority of those people are being held in migration centres in the southern Darien province.

“It is not easy to have 1,900 people in a small place,” Dr Juan Rosales told Reuters news agency. “The work has been hard.”

Australia is seeking an exemption from a requirement that travellers arriving in the United Kingdom quarantine for 14 days to prevent the spread of COVID-19.

Trade Minister Simon Birmingham said in a statement: “Australia has led the world in the successful containment of COVID-19, which clearly means that travellers coming from Australia would pose a low risk to the rest of the world.”

Birmingham said Australia has no plans to open its borders to non-citizens, while all returning locals will still have to quarantine for two weeks upon arrival.

The International Monetary Fund (IMF) and Ukraine have reached an agreement in principle on a new $5bn aid package to help Kyiv battle the coronavirus crisis.

The agreement on the 18-month aid programme is subject to the approval of the IMF’s management and executive board, which will look at the deal “in the coming weeks,” the Washington-based lender said.

Ivanna Vladkova Hollar, the official who led the IMF negotiating team, said the deal would offer “budget support” to Kyiv while “consolidating achievements to date, and moving forward on important structural reforms to reduce key vulnerabilities”.

Donald Trump, the president of the United States, says he will order the US flag to be flown at half-staff over the next three days as the death toll from COVID-19 approaches 100,000.

“I will be lowering the flags on all Federal Buildings and National Monuments to half-staff over the next three days in memory of the Americans we have lost to the CoronaVirus,” he said in a Twitter post.

I will be lowering the flags on all Federal Buildings and National Monuments to half-staff over the next three days in memory of the Americans we have lost to the CoronaVirus….

The move follows a request from Democratic leaders to do so to recognise a “sad day of reckoning when we reach 100,000 deaths”.

The coronavirus death toll in Brazil surpassed 20,000 after a record number of fatalities in a 24-hour period, the health ministry said.

The country is the epicentre of the outbreak in Latin America and its highest one-day toll of 1,188 pushed the overall death tally to 20,047.

Brazil has now recorded more than 310,000 cases, with experts saying a lack of testing means the real figures are probably much higher.

With its curve of infections and deaths rising sharply, the country of 210 million ranks third in the world in terms of total cases, behind the United States and Russia.

You can find all the updates from yesterday, May 21, here.