Colin Kaepernick‘s not here for peaceful protesting in the wake of George Floyd being killed by a cop, because he says civility led to his death … so it’s time to revolt.

The former NFL star is addressing critics of the unrest this week in Minneapolis … and he says they just don’t get it, because all the rational discussions have not stopped the horrendous killings of black men, so it’s time to ramp up the protests and not worry about keeping the peace. 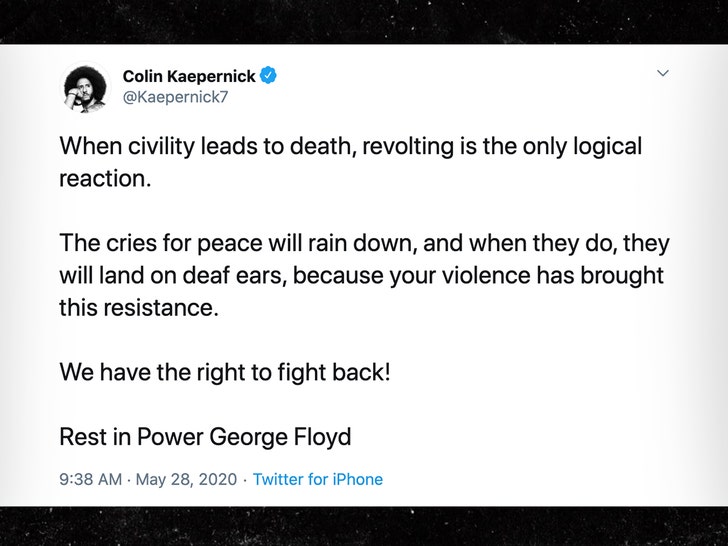 Kaepernick says in a tweet … “When civility leads to death, revolting is the only logical reaction.”

He adds … “The cries for peace will rain down, and when they do, they will land on deaf ears, because your violence has brought this resistance.”

The “your” here is obviously the police, and Colin suggests it’s due time to respond to the violence with violence, saying … “We have the right to fight back!” 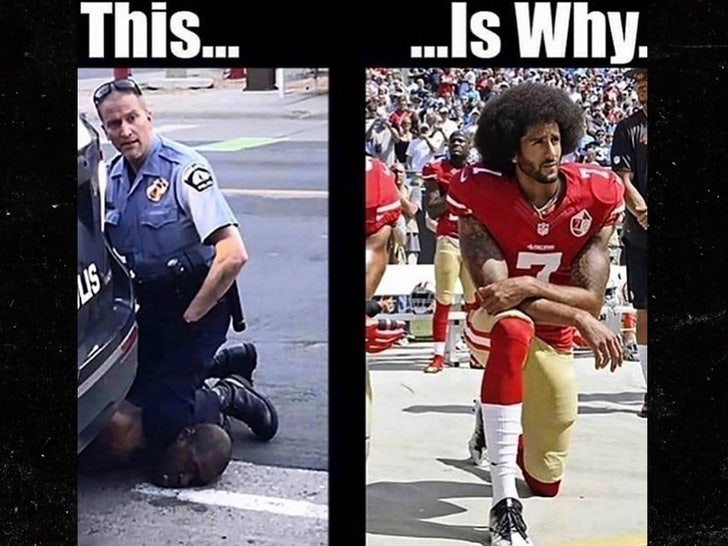 As you know, Kaepernick’s been outspoken about police brutality for years, and began silently protesting by taking a knee during The National Anthem while playing for the 49ers in 2016.

The move made him a lightning rod in the discussion of police brutality and the treatment of black people in America, and many believe it resulted in him being blackballed from the NFL.

Of course, the disturbing parallel of a cop kneeling on George Floyd‘s carotid artery with Kaepernick peacefully kneeling to protest such violence has not been lost on people.

So, he’s making his message clear — he’s done with peace … and he’s encouraging others to follow his lead.

A Global Film Festival and Concerts for All: New Livestreams to Watch