Here are the latest updates:

China announced two new cases of coronavirus, both from abroad, on Thursday as it moves to close the annual session of its ceremonial legislature that had been delayed for more than two months by the outbreak.

No new deaths were reported and just 73 people remained in treatment, while another 518 remain under isolation and observation for either suspected of having the virus or testing positive without showing any symptoms, AP news agency reported quoting health officials.

The Philippines’ coronavirus task force has recommended President Rodrigo Duterte ease one of the longest lockdowns in the world for residents in the capital who have endured nearly 11 weeks of restrictions.

Manila’s lockdown will this weekend surpass the 76-day quarantine of Wuhan, the Chinese city where the first outbreak of the highly infectious novel coronavirus was detected, according to Reuters news agency.

The recommendation came even as daily infections this week were the highest since April 6. Confirmed cases in the past six days comprise nearly 11 percent of the total 15,049 recorded, of which 904 led to deaths.

South Korea reported 79 new coronavirus cases on Thursday, the Korea Centers for Disease Control and Prevention said, the largest one day increase since April 5, according to the Reuters news agency’s tally.

The cases were as of midnight on Wednesday, and bring the country’s total to 11,344 cases and 269 deaths.

At least 69 of the new cases were domestic infections, and come as health authorities battle a growing outbreak linked to an e-commerce firm’s logistics facility. 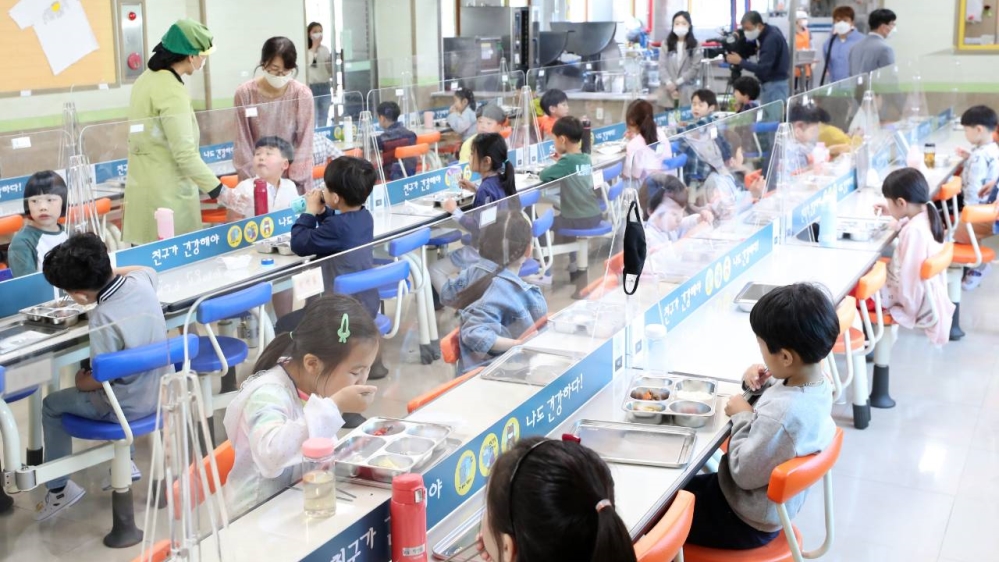 Students eat lunch with transparent dividers separating them at the canteen of Geumbyeong Elementary School in Chuncheon, South Korea on Wednesday [Yonhap via EPA]

China will soon relax its border controls for seven more countries, the country’s civil aviation agency said, allowing domestic and foreign airlines to apply for the so-called “green channels” for chartered flights to the mainland.

Among those countries are Britain, France, Germany, Italy, Japan, Singapore and Switzerland. South Korea was the first country to establish the “green channel” with China earlier this month.

European governments moved to halt the use of anti-malaria drug hydroxychloroquine to treat COVID-19 patients, and a second global trial was suspended, further blows to hopes for a treatment promoted by US President Donald Trump.

The moves by France, Italy and Belgium followed a World Health Organization decision on Monday to pause a large trial of hydroxychloroquine due to safety concerns.

A UK regulator said that a separate trial was also being put on hold, less than a week after it started. The study, being led by the University of Oxford and partly funded by the Bill and Melinda Gates Foundation, was expected to involve as many as 40,000 healthcare workers.

South Korea on Thursday reported a continued spike in new coronavirus cases linked to a logistics centre in a city west of Seoul, according to Yonhap news agency.

A total of 69 cases had been traced to the logistics centre operated by the country’s leading e-commerce operator, Coupang Inc in Bucheon, as of early Thursday, Yonhap quoted health officials as saying.

The company said all employees at the facility who had contact with the patient were put under self-isolation and that the facility has been shut down.

00:38 GMT – Colombia to begin easing restrictions from the start of June

Colombia will begin easing restrictions put in place to control the spread of the coronavirus starting from June, President Ivan Duque has announced, though he asked the public to continue isolating at home and keep using measures to contain the disease.

Colombia has reported more than 24,000 confirmed cases of COVID-19, the respiratory illness caused by the coronavirus, as well as 803 deaths. The country began a nationwide quarantine in late March.

Egypt’s health minister announced 910 new confirmed cases of coronavirus in the past 12 hours, the country’s highest daily rate of infections since the virus was detected in mid-February, according to The Associated Press.

Egypt, the Arab World’s most populous country, has the highest announced deaths from COVID-19 in the Arab World, and the third in the Middle East tailing Iran and Turkey, according to a tally by The Associated Press. 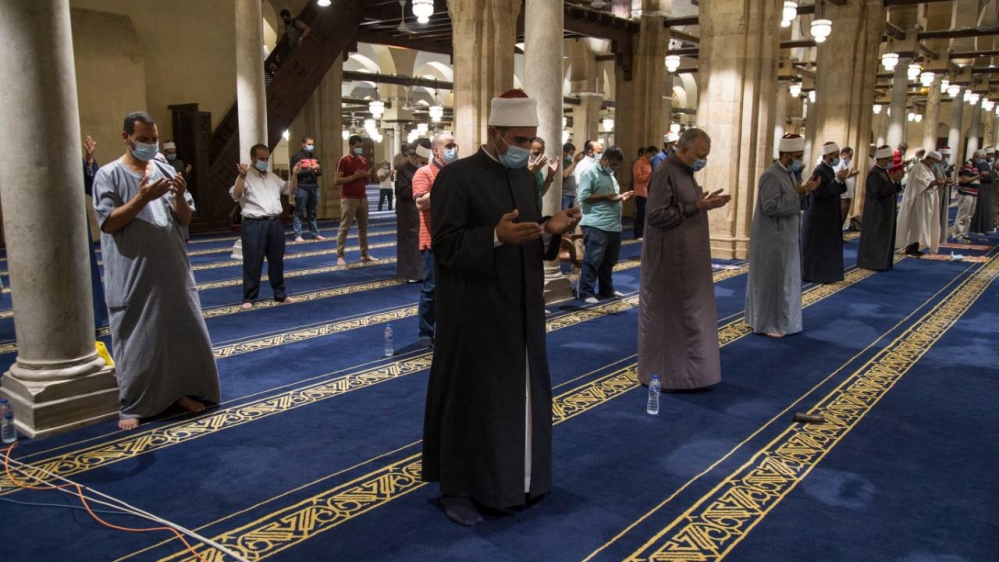 Egypt has the highest announced deaths from COVID-19 in the Arab World [File: Mohamed Hossam/EPA]

Fahrettin Koca tweeted Wednesday 1,035 new infections were confirmed in the past 24 hours. The total number of cases has reached 159,797.

Turkey ranks ninth in a tally by Johns Hopkins University for the number of cases, but experts believe the rate of infections globally could be much higher than reported. The average number of new cases has hovered around 1,000 this week, AP news agency reported.

Hello and welcome to Al Jazeera’s continuing coverage of the coronavirus pandemic. I’m Ted Regencia in Kuala Lumpur, Malaysia. Read all the updates from yesterday (May 27) here.