The co-founders of WE Charity say they now regret the organization’s decision to invite prominent politicians — including Prime Minister Justin Trudeau — to their events.

Marc Kielburger said he is “sad” and “angry” about what’s transpired since their charity was awarded a $43-million untendered contract to administer the Canada student service grant in June 2020.

Opposition MPs quickly noted Trudeau’s family ties to the organization, leading him to apologize for not recusing himself from the decision-making process when WE Charity was given the contract. It was soon scrapped.

“It’s been devastating. Never in a million years did we think we’d end up in this situation, as an organization, but also the work that Craig and I have dedicated 25 years to,” said Marc Kielburger.

In an interview with The Fifth Estate‘s Mark Kelley, the WE Charity co-founders described themselves as “political roadkill.” 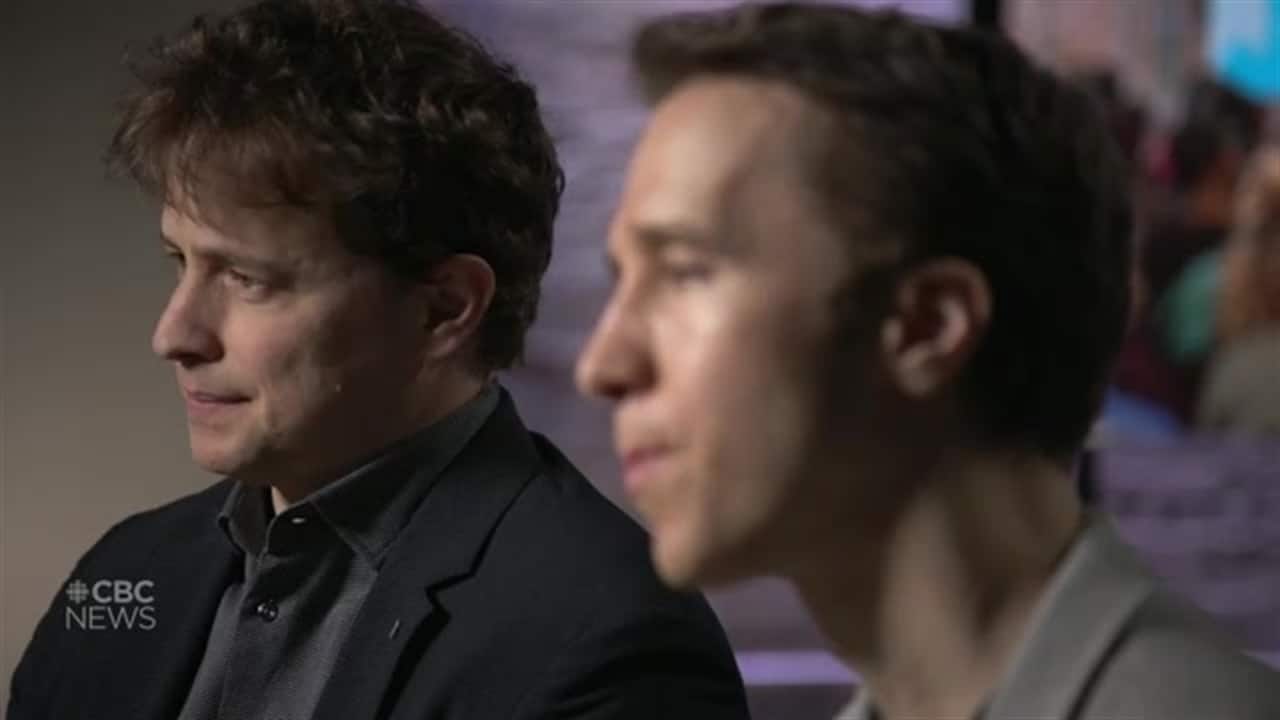 WE Charity co-founders Marc and Craig Kielburger describe the aftermath of last summer’s controversy over the Canada student service grant 1:07

“The irony of ironies is that politicians in this country have the word ‘honourable’ in front of their name,” said Marc Kielburger. “We sat there so many times throughout this entire process and the actions have been of course less than honourable.”

The Kielburgers have been called to testify before the federal ethics committee and are set to appear on Feb. 26.

The chair of the committee, Conservative MP Chris Warkentin, said it will be investigating allegations of conflicts of interest, in addition to examining the now-cancelled multimillion-dollar contract for WE Charity to administer up to half a billion dollars in student volunteer grants.

It will be the second time the Kielburgers have been asked to testify before a parliamentary committee. In July, they spent four hours speaking in front of the finance committee.

The Kielburger brothers founded WE Charity, then called Free the Children, in 1995.

Its mandate involved ending child exploitation, but expanded to include school curriculum geared towards positive social change, overseas development and “WE Days” — big arena shows aimed at inspiring youth to change the world.

His wife, Sophie Grégoire Trudeau, was also involved with the charity. She received a one-time speaking fee of $1,500 in 2012, four years after her husband was elected MP in the Montreal riding of Papineau, and eventually became an “ambassador” for WE, hosting a podcast for the organization.

After an invoice was leaked to the news outlet Canadaland, the WE organization admitted it had paid Trudeau’s brother, Alexandre, and his mother, Margaret, a combined $216,000 for speaking engagements between 2016 and 2020. Their travel and expenses were also paid to the tune of nearly $186,000.

WATCH | WE Charity co-founders share why Margaret Trudeau was paid: 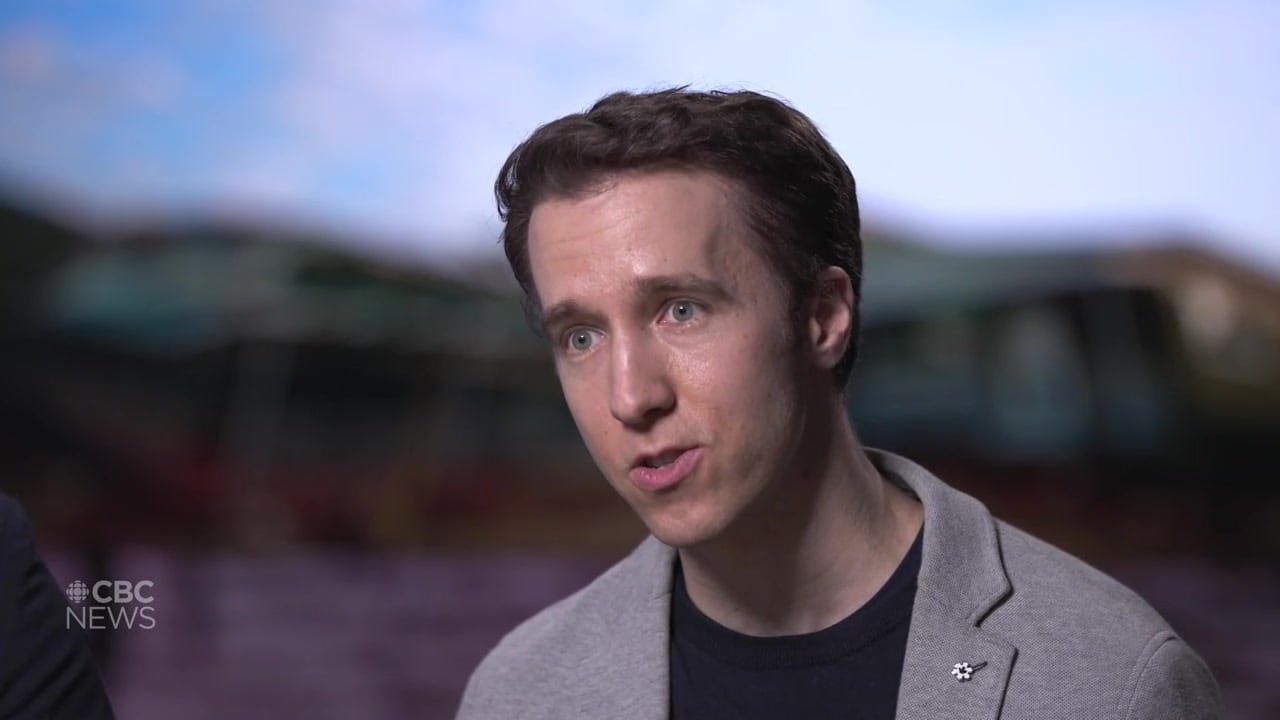 Marc and Craig Kielburger explain why Margaret Trudeau was paid by the WE organization, and describe the effect it has had on the public’s perception of the charity. 2:16

Even Trudeau’s 11-year-old daughter, Ella-Grace, appeared with her grandmother on a WE Day stage in London, England, in March 2020, months before the federal government would award the WE organization the contract.

“I’ll acknowledge that I and Marc, we were politically blind how that would be seen,” said Craig Kielburger.

“We own all of that. I just, I wish others would also own their side of it.”

“Especially the politicians,” said Marc Kielburger. “We were politically mugged.”

The brothers say they invited politicians of all stripes on to the WE Day stage.

“And frankly, in hindsight, let me be very candid, I wish we hadn’t,” said Craig Kielburger.

The Kielburgers say Trudeau has not called them to ask how they’re doing since the scandal played out in public last summer. 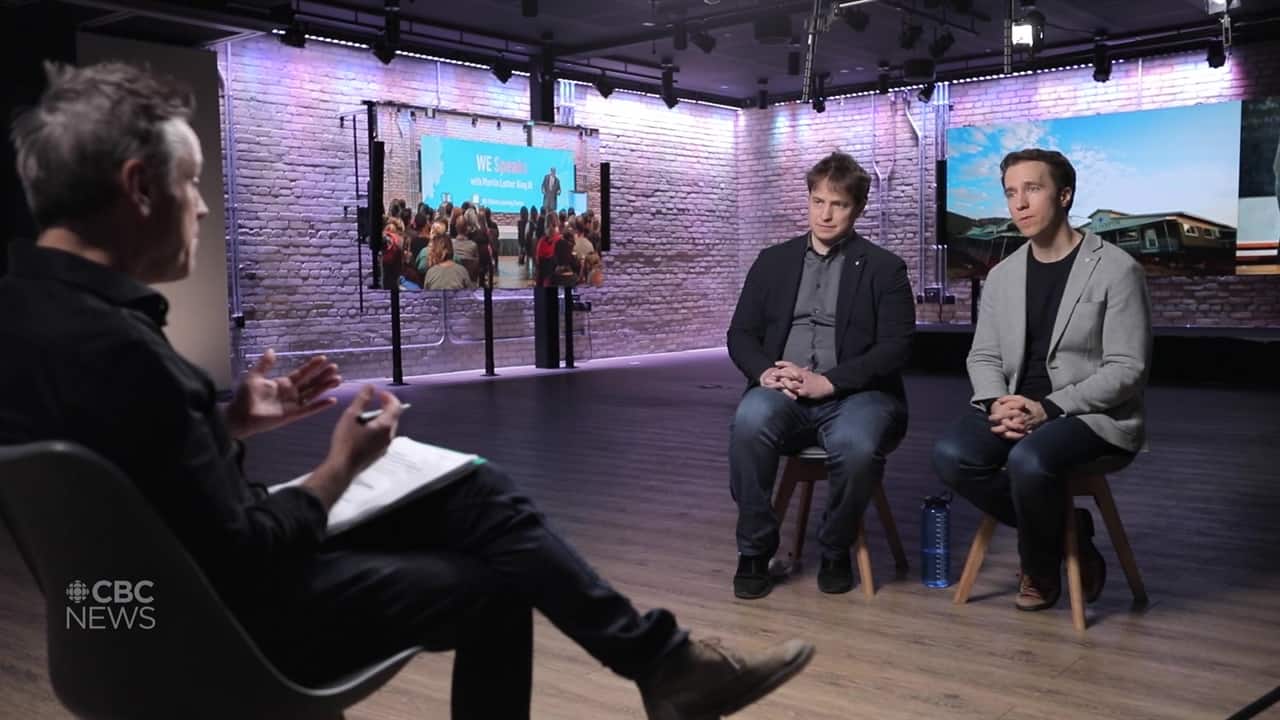 Craig Kielburger said it is ‘very fair’ for someone to say the brothers had a relationship with the prime minister, but said he was ‘political blind’ as to how that would be seen. 0:49

When asked to respond, a spokesperson for the Prime Minister’s Office referred The Fifth Estate to past comments Trudeau has made.

As early as July 3, Trudeau sought to distance himself from the Kielburgers, saying, “I think the organization is going to take some time to reflect on its next steps and how it exactly responds to this situation.”

Marc Kielburger said that when Trudeau said that, “we had no idea what he was talking about.”

“And we were disappointed because we had done everything, we had turned the organization inside out, we had worked our butts off, you know, hundreds of staff members deliver something brilliantly, handed it over, and all of a sudden it’s now ‘the organization has a role to play in its downfall of the program?'”

In September, the brothers announced they would be “winding down” their charitable operations in Canada and would sell some assets to maintain some of the organization’s overseas operations. They believe things could have ended differently for their charity had last summer’s controversy not happened.

Not the ‘failure to recuse’ scandal

Despite his family ties, Trudeau did not recuse himself from the decision-making process when WE Charity was given the contract for the Canada student service grant.

Neither did Finance Minister Bill Morneau. His daughter, Grace, was employed by the WE organization.

Trudeau has since apologized for not recusing himself. Morneau resigned his cabinet position as well as his seat in Parliament.

The federal ethics commissioner is investigating whether Morneau breached the Conflict of Interest Act and Trudeau’s role in awarding the contract.

In August, the Commissioner of Lobbying of Canada confirmed it had opened a “preliminary assessment” into whether WE Charity had inappropriately lobbied officials in the months leading up to being awarded the contract.

The shorthand for the affair, on social media and in headlines, became the “WE Charity Scandal” – a fact lamented by the brothers.

“It was really unfortunate that there wasn’t a moment when a politician, of any party, chose to stand up and say, you know what, we shouldn’t use a children’s charity’s name as a political football,” said Craig Kielburger.

“I wish [Morneau and Trudeau] had recused,” said Craig Kielburger.

“Just think about how this all would’ve played out so differently if they had just recused themselves in the meetings,” said Marc Kielburger.

The Kielburgers believe they were not given a fair hearing when they testified in front of the finance committee in July. Marc Kielburger likened the experience of appearing in front of a parliamentary committee to having a root canal.

Craig Kielburger said because proceedings are covered by parliamentary privilege, there are no repercussions for what was said.

“The politicians are allowed to say literally whatever they want. And so it was this surreal political boxing match where they could hit but we couldn’t defend ourselves,” said Craig Kielburger.

“I don’t think [NDP MP] Charlie Angus or the members of Parliament, or especially some of the opposition members care at all, other than serving their parties and scoring political points, figuring out who’s going to be the next leader,” said Marc Kielburger.

“It all comes down to what TV shows can I be on and how many tweets can I get retweeted, as opposed to how many people am I actually helping?… You start to really understand how Ottawa works. It’s pretty sad.”

WATCH | Craig Kielburger says he regrets having politicians speak at WE Days: 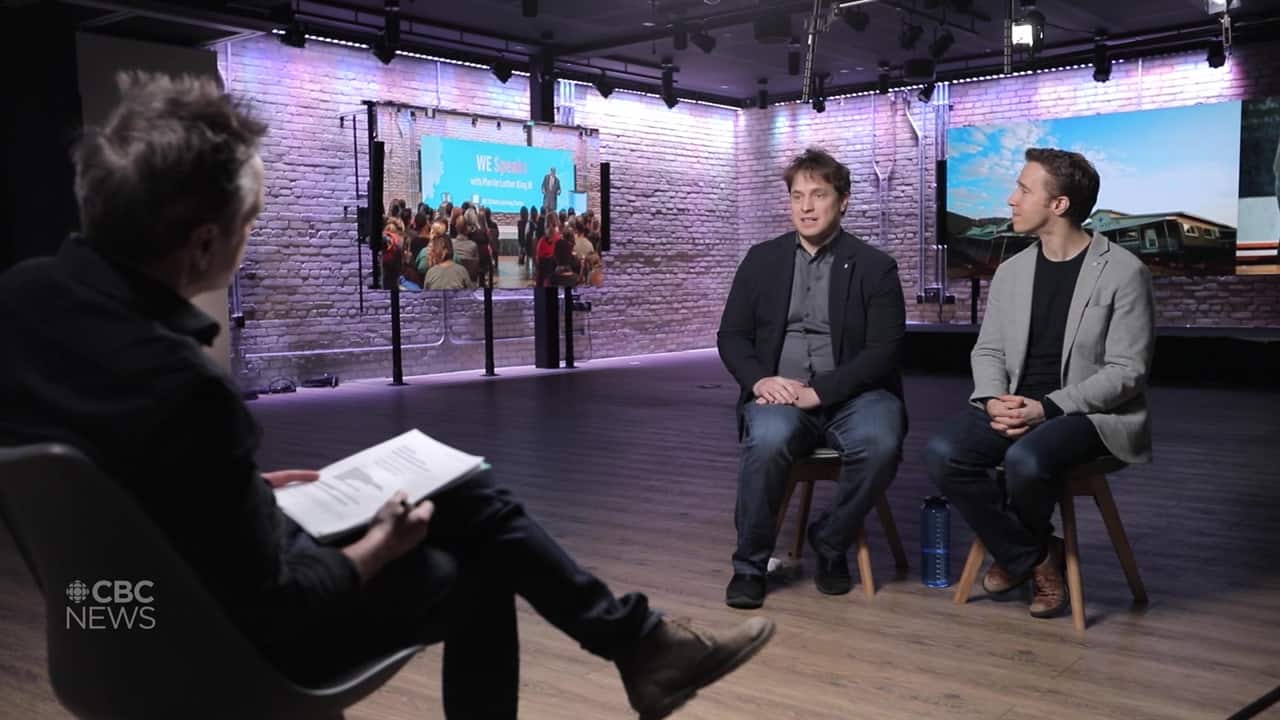 In conversation with The Fifth Estate’s Mark Kelley, the co-founders of WE Charity reflect on last summer’s political controversy. 0:21

Two opposition MPs who have pressed the Trudeau government to respond to questions about the WE Charity contract defend the way they handled the issue.

“I did my job. I’m proud of what I did,” said Conservative MP Pierre Poilievre. “There’s a half billion Canadian tax dollars at stake.”

“I think it’s really unfortunate that they feel that I’m somehow being mean to them. These are very sophisticated guys,” said NDP MP Charlie Angus.

“They have a very complex corporate structure. When I’m asking simple questions about, you know, whether or not the chair of the board was fired over asking for a financial audit, I’m not being mean. This is a fundamental question.”

In addition to the outstanding investigations into the WE Charity contract, both the ethics and the finance committees may continue looking into WE Charity and the Canada student service grant.

Parliament is currently in session and recently returned from Christmas break on Jan. 25.

Poilievre, who sits on the finance committee, said he believes the committee will continue investigating the Canada student service grant.

Angus, who sits on the ethics committee, said he expects additional witnesses affiliated with WE Charity will be called to testify, in addition to the brothers’ appearance on Feb. 26.