For the last 10 months, Noel Harrison’s tour bus has sat mostly idle. The pandemic put a stop to the vacations that used to keep him busy shuttling tourists around the sun-soaked resort town of Montego Bay.

In the last few months, he was hoping Jamaica had turned a corner. Hotels were reopening and tourists were starting to trickle back. But then came another blow in a year filled with adversity: Canada cancelled all flights to the Caribbean.

“That was a shocker to us, because we get a lot of business from Canada,” said the 54-year old Harrison who has worked in tourism for almost 20 years. “That was a big blow to us. We just don’t know when a disaster will strike.”

The decision to cancel all flights to the Caribbean until April 30, announced by Prime Minister Justin Trudeau last week, caught many in Jamaica’s tourism industry off-guard. Jamaica’s government, along with industry and private partners, had just completed a mad rush to provide a new testing and quarantine system to accommodate North American requirements that visitors return with negative COVID-19 results.

In an interview with CBC News, Jamaican Tourism Minister Edmund Bartlett said he was surprised by the extent of the measures Canada took, though he recognized that countries must do what they can to manage the pandemic domestically.

“Yes, it is painful. Yes, it is difficult and it is causing us some unintended consequences, because I know that Canada has no real intention of hurting Jamaica,” Bartlett said.

He estimates Canada’s decision to cancel flights to the region will cost his country $350 million US ($449 million Cdn). That estimate is based on what the country would see during a regular peak winter season, when Jamaica welcomes between 175,000 – 200,000 Canadians.

“What we are doing here is to hope and pray that Canada will get through this very quickly so that we can return to the normal course of our trade relations,” said Bartlett.

Jamaica’s tourism industry lost $76 billion US last year because of the impact of the COVID-19 pandemic. Tourism and related industries contribute to 34 per cent of the country’s gross domestic product and employ 20 per cent of its workforce.

Harrison is one of the 100,000 Jamaican tourism workers who lost their jobs when travel ground to a halt during the pandemic. He’s lucky that his wife is still working, but he knows lots of others who aren’t as fortunate.

“I got a lot of calls everyday from friends who are having serious problems. They don’t know how they’re going to cope, or where the next meal is coming from, so it’s tough, tough stuff.”

Harrison saw hope in December, when travel to the island started to pick up. From January to November last year, just over 13,000 Canadians visited Jamaica, but in December, that number jumped to 10,802.

Now, with the flight ban from Canada, hotel operators like Jason Henzell who runs Jake’s Hotel in Treasure Beach, estimates his occupancy, which stands at around 22 per cent, will only decline in the coming months.

“In my heart, I know it’s going to get worse before it gets better. At least we know there’s a vaccine now, so we know that things are going to turn,” said Henzell.

Henzell has tried to keep as many of his 150 employees working as possible during the pandemic. After shutting down for four months last year, he brought back his entire staff on shortened work weeks. A GoFundMe page launched by former guests also raised more than $50,000 US to help the staff.

Festival and concert promoter Scott Dunn said the effect of losing Canadian tourists will be felt across the Island.

Dunn, who promotes the Dream Festival, one of the largest festivals on the island, said Jamaica has done a good job of containing the virus; he questions why Canada took a blanket approach to Caribbean travel.

He notes the loss of festivals like his add up to a $60-million US hit to the local economy.

“You could feed a lot of people with $60 million US dollars and right now those people are starving.”

Canada’s decision to suspend travel couldn’t have come at a worse time, Jamaican tourism officials said. The Ministry of Tourism and Resorts had just completed setting up onsite testing and arranged for quarantine sites to comply with new entry protocols announced by the U.S. and Canada. The industry even got Canada to delay implementing the new rules to allow more time to comply, officials said.

The country had already created “resilient corridors” with enhanced safety and cleaning protocols around the  most popular tourist destinations, giving visitors more freedom of movement.

That the government and industry went to such lengths to accommodate tourists, including providing mobile testing sites within the resilient corridors, testing that’s still not easily available to everyday Jamaicans, has been a point of controversy domestically.

“I applaud the government for this testing, but it’s one of the ironies of Jamaica and how important or how much more the government values tourism and tourists than their own people,” said Dream Entertainment’s Dunn who has been pressing the government to allow domestically produced events like his move forward.

‘Better days are ahead’

Tourism Minister Bartlett acknowledges tough decisions had to be made but put a positive spin on the effort, saying it means the infrastructure is in place when travel restrictions are eventually eased.

He welcomes vaccination efforts in North America, which many in Jamaica view as key to rebuilding confidence in the travel industry. But he warns that recovery is still months away, with a turnaround not expected until winter 2021-22 and a full recovery potentially two or three years away.

Hotel operators like Henzell are preparing for yet another rough year, where unexpected developments will continue to challenge their business. 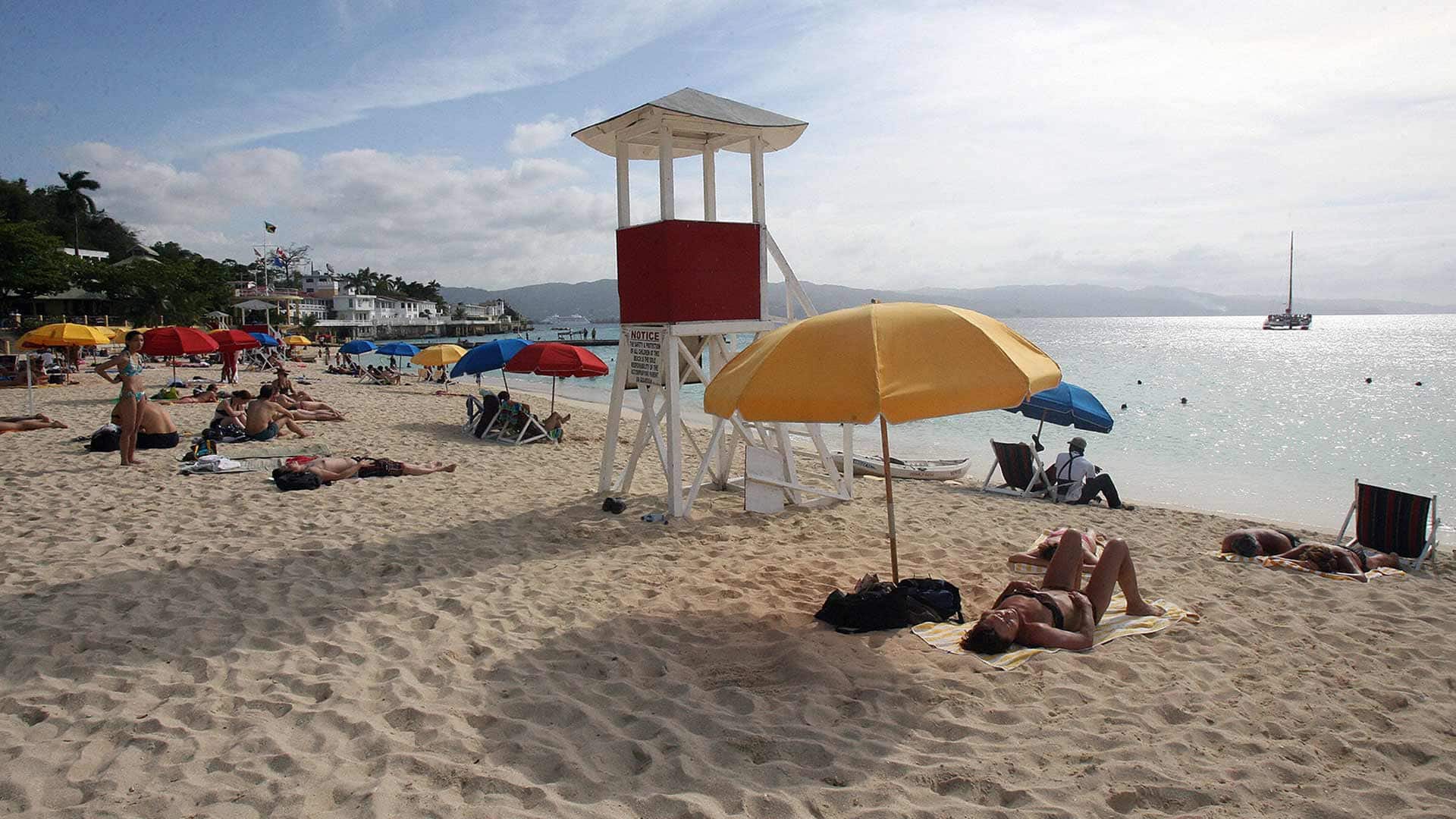 The pandemic had already taken a big toll on Jamaica’s economy and Canada’s decision to cancel flights to the Caribbean is expected to cost the country more than $350 million in lost tourism. 2:02

“This thing has ups and downs and knocks you sideways and,there’s just no one to blame. Governments have to take the right decision at that time.”

For Noel Harrison, the tour bus driver said it’s the faith and resilience of the Jamaican people that will carry them through these dark times.

“We know that better days are ahead. We’ll get back on our feet, we are praying to the Lord because he will help us through this.”

Rooftop solar power is on the rise, but Canada has yet to embrace its sunny ways