How airlines are racing to curb rising carbon emissions


Airlines remain in survival mode as governments continue to restrict air travel due to the COVID-19 pandemic. Still, with vaccine developments and deployment, those in the sector are hopeful there won’t be too much more turbulence before more planes and passengers are able to return to the sky.

Post-pandemic, one of the biggest headwinds facing the industry is finding a way to reduce the carbon emissions produced by flying thousands of jets every day. It’s not only an obstacle for the aviation sector but one of the biggest challenges for the world’s efforts to combat climate change.

There are sources of pollution that can be reduced through electrification, such as passenger vehicles, lawn mowers and many other products. But some sectors, such as manufacturing, still depend heavily on fossil fuels because they require an intense amount of energy.

The aviation sector not only needs an abundance of energy for takeoff but also in carrying a lot of weight while airborne.

“Everybody imagines aviation as one of the most difficult-to-decarbonize sectors,” Glenn Llewellyn, who is responsible for the zero-emission aircraft program at Airbus, said in an interview from Toulouse, France.

“If aviation can decarbonize and eliminate its climate impact, then there is no excuse for any industry,” he said.

WATCH | ‘A guiding star and flagship project for the future of Airbus’: 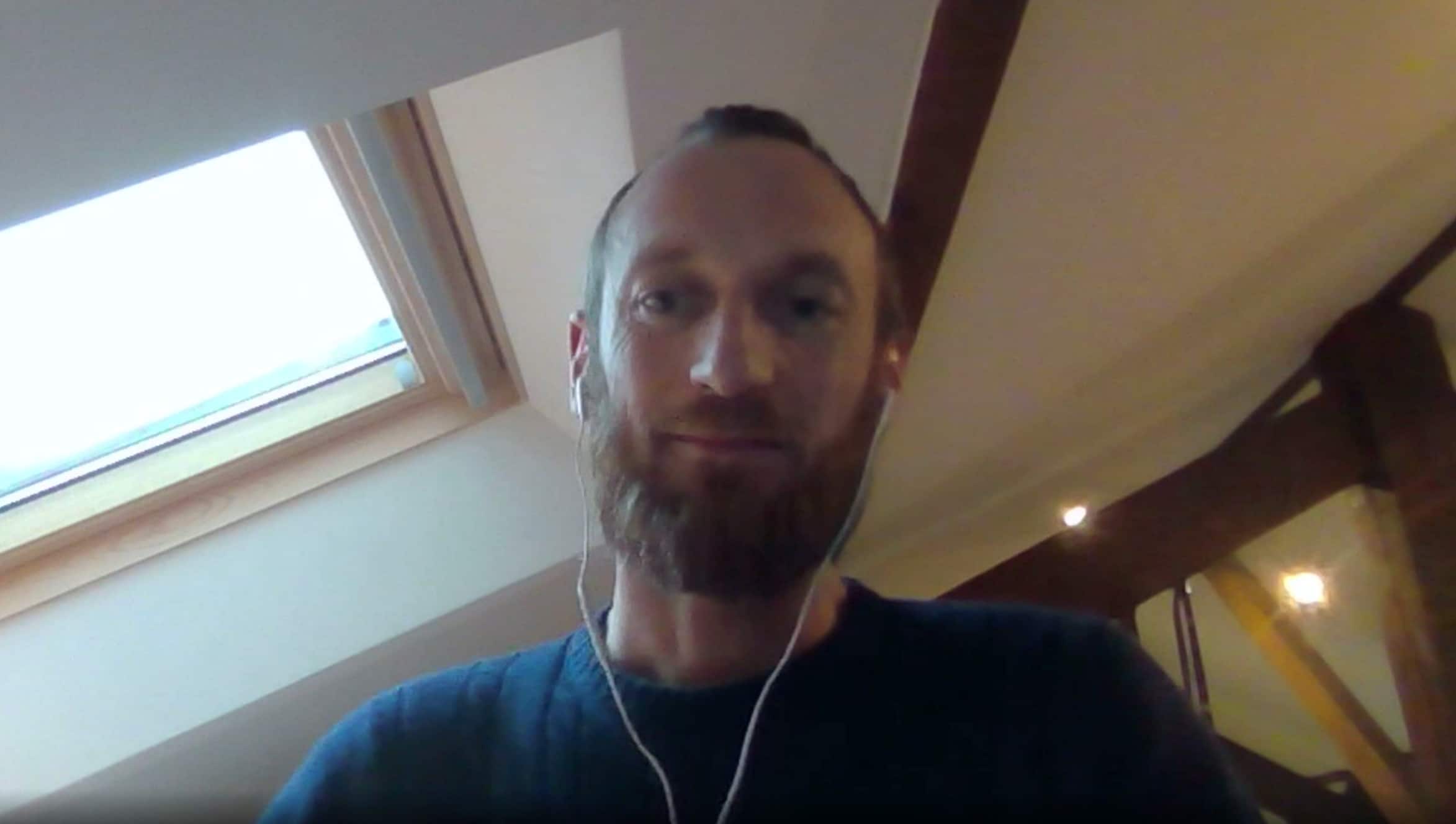 Glenn Llewellyn, with Airbus, says regardless of the sector’s current condition, the sector is pushing forward with its goal of eliminating the climate impact of air travel. 1:05

Airbus wants to be the first aircraft manufacturer to bring a zero-emissions commercial aircraft to market. The company has set a 15-year timeline to achieve the goal, which highlights both the level of ambition and challenge of its target.

In recent years, many airlines have made strides to reduce the amount of pollution from each aircraft as technology has made jet engines much more efficient.

WestJet, for example, reduced its emissions intensity by close to 50 per cent from 2000 by replacing older aircraft.

Still, the number of flights around the world has increased substantially over the decades: In 1960, 100 million passengers travelled by air compared with four billion worldwide in 2017.

The industry is facing pressure, since air travel accounts for between three and five per cent of global CO2 emissions — and those emissions are escalating.

A race is now underway to tackle the environmental impact of air travel, with research and development efforts studying a variety of possible solutions.

For short flights, experts say batteries have a bright future.

In December, 2019, Vancouver-based Harbour Air Seaplanes successfully completed a three-minute flight with an electric float plane. The company paused the program because of the pandemic, but it recently announced that it will soon resume more test flights.

Some airlines are considering the use of hybrid technology, which would incorporate both batteries and jet fuel to reduce emissions.

Another area of focus is the production of a cleaner type of jet fuel, somewhat similar to using ethanol in gasoline for cars and trucks. The fuel would be made from a variety of materials, including oats, biomass and municipal solid waste.

One of the companies invested in this field is Chicago-based LanzaJet, which has partnered with other firms, such as Calgary-based Suncor Energy, to build a demonstration facility in the state of Georgia. The facility is expected to begin operation next year.

LanzaJet describes its process as taking carbon emissions from a steel mill or a landfill site and converting the pollution into fuels and chemicals by using bacteria.

“Large airlines are constrained in terms of what they can do. Sustainable aviation fuel is, we think, that solution — especially in the next couple decades, if not longer,” said Jimmy Samartzis, CEO of LanzaJet.

The industry as a whole set a target of reducing its emissions by 50 per cent by 2050, relative to 2005 levels. But some airlines have set more ambitious targets of their own.

“There’s a lot of work happening to figure out how to get there, so we’re seeing quite a bit of appetite for our product,” Samartzis said.

LanzaJet’s sustainable aviation fuel (SAF) will sell at a premium to traditional jet fuel, comparable to oil prices at between $80 and $100 US per barrel, although clean fuel policies help lower its cost. All of the expected production of SAF and renewable diesel from the Georgia facility is already spoken for through agreements with customers.

In Alberta, WestJet had partnered with Alberta Innovates, a government research agency, to launch a challenge to develop SAF within the province, but the program was cancelled last year after the provincial government pulled the funding.

Boeing has set a target of designing and certifying its jetliners to fly on 100 per cent sustainable fuels by 2030, since regulators currently allow a 50-50 blend of sustainable and conventional fuels.

The other major area of research is to use hydrogen fuel cells to power aircraft. The concept isn’t entirely new, since the U.S. Air Force used liquid hydrogen in its B-57 bomber in the 1950s.

This is the path Airbus is taking, and, admittedly, it’s no easy feat. Not only would hydrogen storage and fuel cell technology need to be adopted for commercial aviation, but an entire supply chain would be required at airports around the world to produce, transport and store the product. It’s complex, but it could have the biggest impact on reducing emissions and other environmental impacts from aviation, such as contrails.

“Hydrogen has the most potential to eliminate, and at least significantly reduce, those elements, as well as the CO2, if the hydrogen is made from renewable energy or a low-carbon energy source,” said Llewellyn, with Airbus. 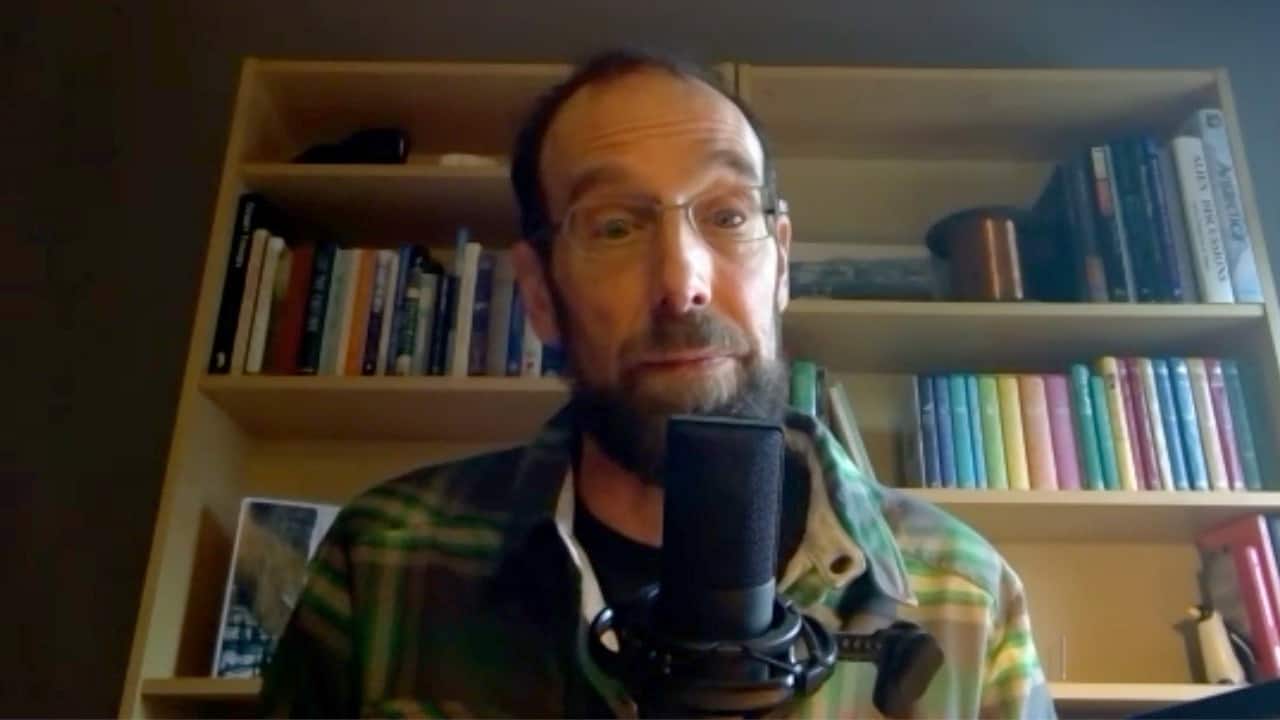 Harvard University’s David Keith expects hydrogen and renewable energy will be important in reducing emissions from the aviation industry. 1:37

“We’ve really stuck to this project as a guiding star and flagship project for the future of Airbus,” he said.

Besides fuel cell technology, hydrogen could also be used differently to produce a type of synthetic aviation fuel.

“You’re just finding a way to, in a sense, package up the energy you got from the solar power and put it in a compact high-energy density form that is useful for powering an airplane or something else that’s hard to electrify,” said David Keith, who founded and sits on the board of Carbon Engineering.

Keith is also a Harvard University professor of applied physics and public policy.

Even as airlines continue to navigate the turbulence of a downturn in the industry, aerospace leaders hope to soon tackle the environmental challenge.