Despite tough new measures imposed by Ottawa to curb travel abroad during the COVID-19 pandemic, some snowbirds are still flying to U.S. sun destinations.

That’s because they can.

The federal government’s new measures, which were announced last week, include a hotel quarantine stay for air passengers and an agreement with Canada’s major airlines to cancel all flights to the Caribbean and Mexico until May.

However, Ottawa didn’t pull the plug on flights to the United States, so snowbirds still have plenty of flights to choose from that will take them to U.S. sunbelt states.

“People are still interested in heading down there and they’re not scared to do it,” said Jeremy Rood, a pilot with Great Lakes Helicopter in Cambridge, Ont.

Due to the Canada-U.S. land border closure to non-essential traffic, Canadian leisure travellers can only enter the U.S. by air. So Rood’s company flies snowbirds — up to three passengers at a time — by helicopter from Hamilton to Buffalo, N.Y., and transports their cars across the land border.

Upon arrival, passengers pick up their vehicle and drive the rest of the way to their sun destination.

After the government announced its new travel rules, Rood said he had a few cancellations, but that business remains brisk. His company is averaging 18 bookings a week for February, he said.

“The bookings have stayed strong and we’ve even been taking on new bookings every day,” he said. “People want to be free and live their life and that’s just what they’re doing.”

Still abiding by the rules

As more contagious COVID-19 variants spread globally, the government introduced its latest round of travel measures to discourage travel abroad.

Along with cancelling flights to Mexico and the Caribbean, the government says it will soon make most air passengers take a COVID-19 test upon arrival in Canada. They will also have to spend up to three days of their 14-day quarantine in a designated hotel, which could cost travellers upwards of $2,000.

Meanwhile, non-essential travellers entering Canada by land will soon have to provide proof of a negative COVID-19 test at the border.

Rood said most of his customers are shipping their cars and plan to drive back to Canada, so they hope to avoid the hotel quarantine rule which currently will only applies to air passengers. However, the government has warned tougher measures for land border travellers could be coming soon.

As for offering helicopter rides across the border during the pandemic, Rood said his company is no different from Canada’s major airlines which still fly to the U.S.

“We’re abiding by all the rules, laws and regulations.”

Transport Canada told CBC News the government didn’t arrange to shut down flights to the U.S. because not all U.S.-bound passengers are leisure travellers.

“It is important to maintain the supply chain as some essential workers and services still have to move across the US border,” said spokesperson Amy Butcher in an email.

She added that Ottawa is in talks with the U.S. to strengthen travel measures at the border.

In response to snowbirds continuing to travel, Butcher said that “it is expected that the vast majority of people will make the responsible choice to postpone their plans.”

Be wary of the risks

Great Lakes Helicopter isn’t the only company still flying snowbirds to the U.S. and shipping their cars.

Quebec’s Transport KMC offers a similar service, but instead of transporting snowbirds by helicopter, it flies them in a nine-seater plane from an airport just outside Montreal to nearby Plattsburgh, N.Y.

Meanwhile, Toronto-based travel insurance broker Martin Firestone said none of his dozens of snowbird clients who booked trips to U.S. Sunbelt states this month has cancelled their plans.

“What really happened that should have made them cancel?” said Firestone, referring to Ottawa’s new travel rules.

He said his clients hope to avoid the hotel quarantine rule when returning to Canada by either driving home or extending their stay down south until the new measures are lifted.

But Firestone, who is president of Travel Secure Inc., warns that both plans carry risks — on top of those associated with travelling abroad during a raging pandemic. 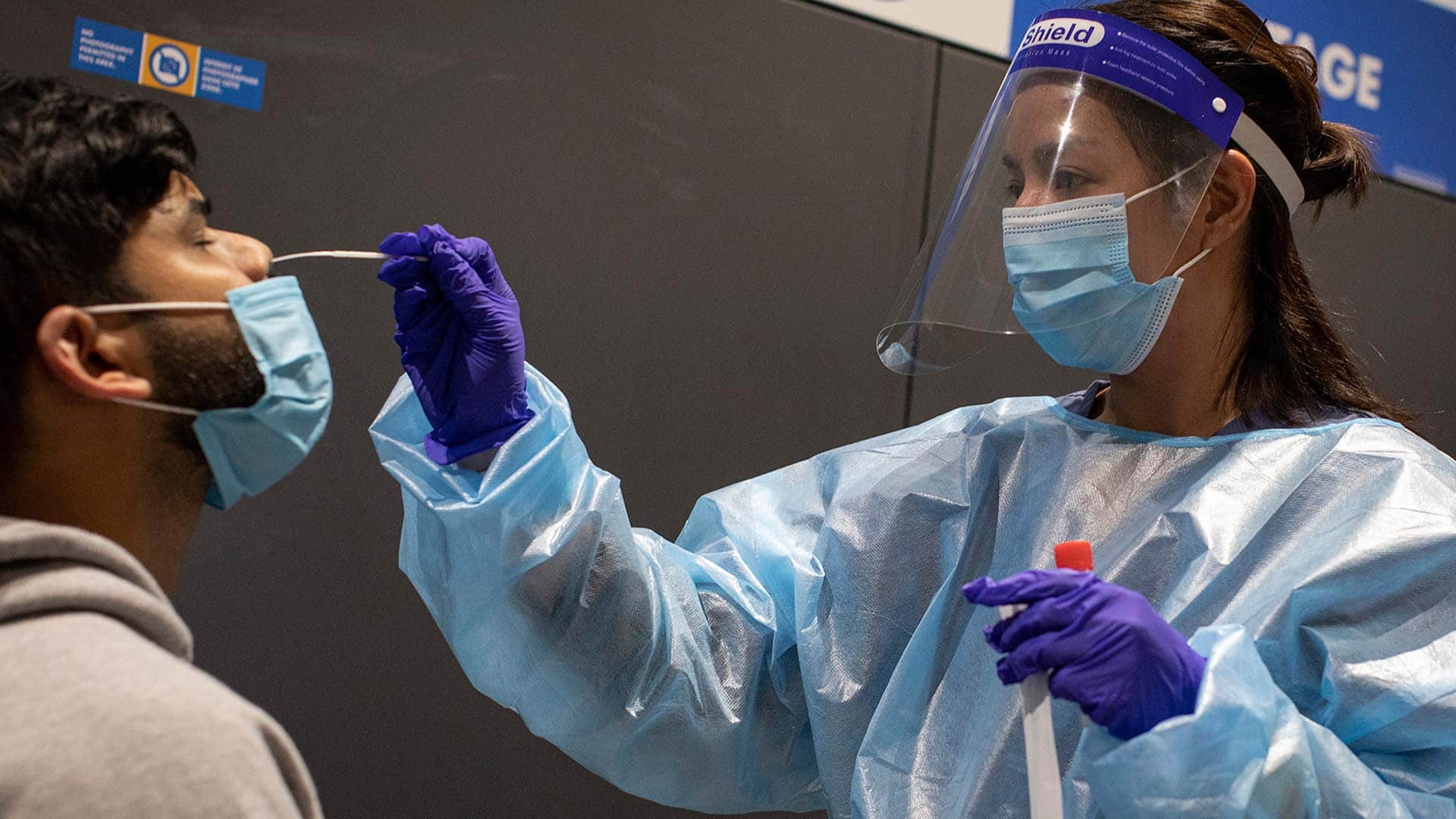 New federal travel restrictions take effect this week, including mandatory quarantine in a hotel and a temporary suspension on Canadian airline flights to Mexico and the Caribbean, but some experts already say the plan has too many holes to be truly effective. 2:48

Although land border travellers currently don’t face a hotel quarantine, the government could impose harsher rules for them at any time, said Firestone.

“That is an ever-changing situation.”

He also said that snowbirds prolonging their stay could face problems because, typically, Canadians can only spend around six months abroad without facing repercussions, such as losing their provincial health coverage.

So if the government chooses to impose the hotel quarantine rule for a number of months, some snowbirds extending their stay may run out of time.

“You can only be out of the country so many days,” said Firestone. “They have to be wary of that.”

Influential model forecasts more than 630,000 US Covid-19 deaths by June 1