Tens of thousands of people took to the streets of Myanmar’s cities on Saturday to denounce this week’s coup and demand the release of elected leader Aung San Suu Kyi, despite a blockade on the internet by the junta.

Late in the evening, a rumour of Suu Kyi’s release — quickly denied by her lawyer — triggered noisy street celebrations.

Cheering and letting off firecrackers, residents said the message was shared by the military-run media group Myawaddy. But Suu Kyi’s lawyer, Khin Maung Zaw, denied that the 75-year-old leader had been freed and told Reuters she was still in detention.

Suu Kyi’s National League for Democracy (NLD) won Nov. 8 elections in a landslide, a result the generals have refused to recognize, claiming fraud.

Earlier, thousands marched on Yangon’s city hall. Drivers honked horns, leaned out of their cars and raised the three-finger salute, a gesture returned by protesters. Some of them held up NLD flags or pictures of Suu Kyi and clapped and danced.

By evening, the protesters had mostly dispersed. But for a fifth night, a cacophony rose in the darkness as people banged on pots, pans and drums in a show of resistance, even as power cuts affected many districts of the city.

Thousands more took to the streets in Myanmar’s second city, Mandalay, and its military-built capital, Naypyidaw, home to the nation’s government servants, where demonstrators chanted anti-coup slogans and called for Suu Kyi’s release.

The protests built despite a blockade of the internet imposed after demonstrators first began to gather. All day, the state-run broadcaster MRTV showed scenes praising the military.

Monitoring group NetBlocks Internet Observatory reported a “national-scale internet blackout,” saying on Twitter that connectivity had fallen to 16 per cent of usual levels.

The junta did not respond to requests for comment. It extended a social media crackdown to Twitter and Instagram after seeking to silence dissent by blocking Facebook , which counts half of the population as users.

“At this critical time, the people of Myanmar need access to important information and to be able to communicate with their loved ones,” Facebook’s head of public policy for Asia-Pacific emerging countries, Rafael Frankel, said in a statement.

The United Nations human rights office said on Twitter that “internet and communication services must be fully restored to ensure freedom of expression and access to information.”

Myanmar civil society groups appealed to internet providers to resist the junta’s orders, saying in a joint statement they were “essentially legitimizing the military’s authority.”

Telenor said it regretted the impact of the shutdown on the people of Myanmar but said it was bound by local law, and its first priority was the safety of its local workers.

Army chief Min Aung Hlaing seized power alleging fraud, although the electoral commission says it has found no evidence of widespread irregularities in the November vote.

The junta announced a one-year state of emergency and has promised to hand over power after new elections, without giving a timeframe.

Nobel Peace Prize laureate Suu Kyi, 75, has been charged with illegally importing six walkie-talkies, while ousted president Win Myint is accused of flouting COVID-19 restrictions. Neither has been seen since the coup. Their lawyer said they were being held in their homes. 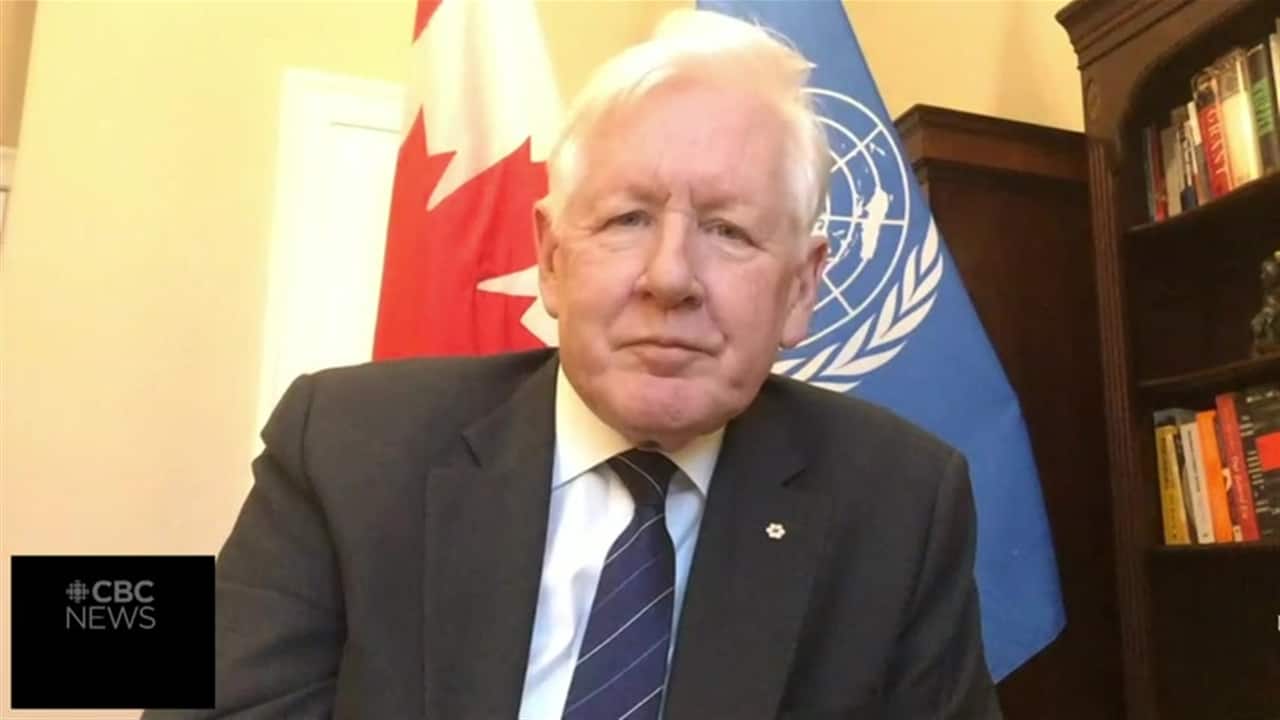 Bob Rae, Canada’s Ambassador to the UN, weighs in on the coup in Myanmar and calls for an internationally coordinated response: “If you have individual countries going off and doing different things, it doesn’t have any impact.” 3:47

NLD member Aung Moe Nyo, chief minister of the Magway region, said on Facebook before the shutdown: “It is not OK to let the country fall under junta government. I am very much thankful to those who oppose this, to those government staff who oppose this. This act is to save the country.”

Sean Turnell, an Australian economic adviser to Suu Kyi, said in a message to Reuters on Saturday he was being detained.

Australia’s government, without naming Turnell, said it had summoned the Myanmar ambassador to register “deep concern” over the arbitrary detention of Australian and other foreign nationals in Myanmar.

A civil disobedience movement has been building in Myanmar all week, with doctors and teachers among those refusing to work. Every night people bang pots and pans in a show of anger.

The protests in Yangon would resume on Sunday, demonstrators said. One, who asked not to be named, said: “We will go and protest again tomorrow. If they arrest one person, we will try to pile in and fill up the truck as a group.”

The coup has sparked international outrage, with the United States considering sanctions against the generals and the UN Security Council calling for the release of all detainees. 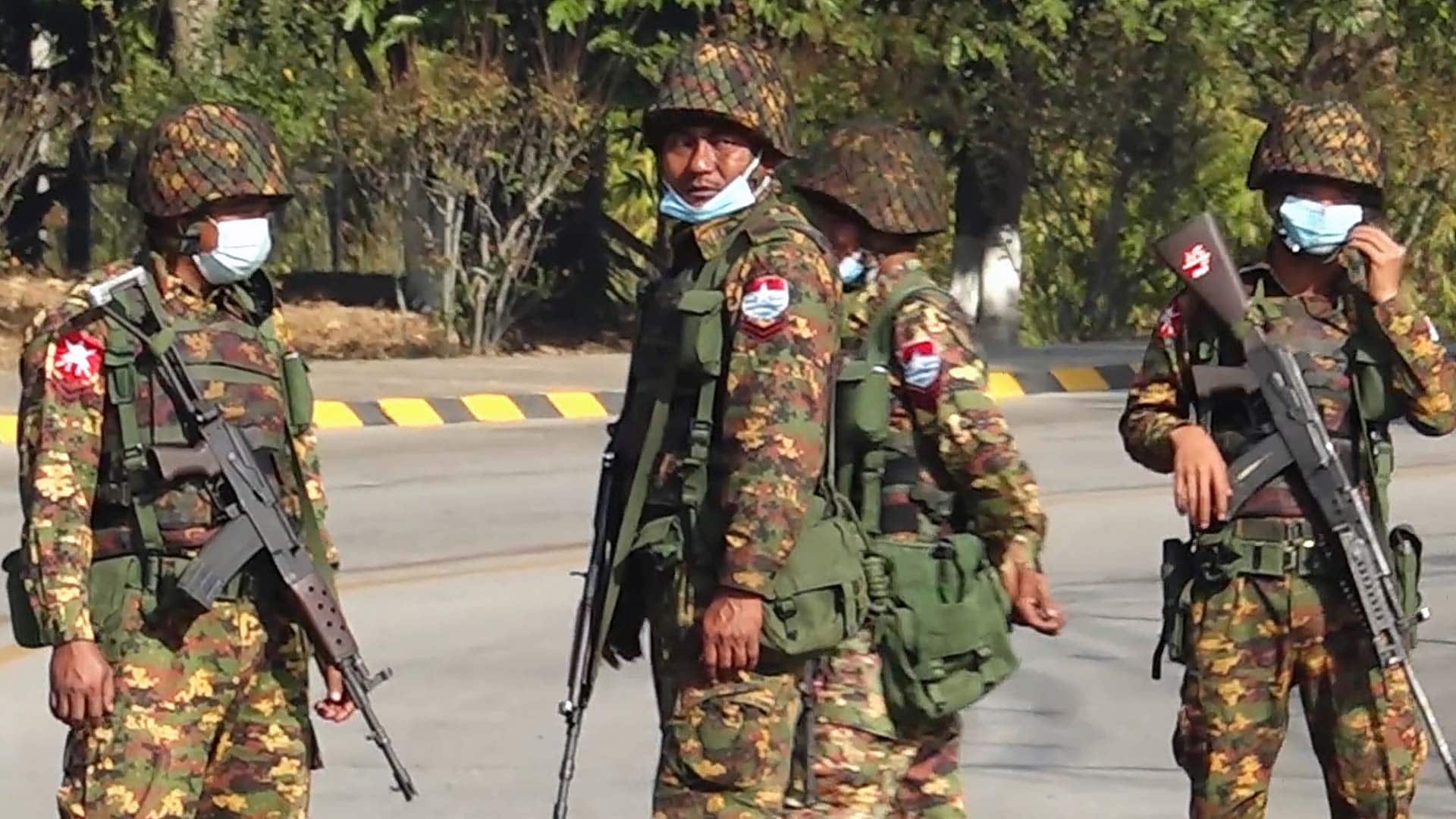 The military has seized power in Myanmar and detained Aung San Suu Kyi as well as other elected officials, sparking international concern for the Rohingya minority, many of whom fled past military crackdowns. 1:58

It has also deepened tensions between the U.S. and China, which has close links to Myanmar’s military. U.S. Secretary of State Antony Blinken pressed top Chinese diplomat Yang Jiechi in a phone call on Friday to condemn the coup, the State Department said.

The generals have few overseas interests vulnerable to sanctions, but the military’s extensive business investments could suffer if foreign partners leave — as Japanese drinks company Kirin Holdings said it would on Friday.

After sharing power with a civilian government, the army began democratic reforms in 2011. That led to the election of the NLD in a landslide victory four years later. November’s election was meant to solidify a troubled democratic transition.