Margaret Bird clings to the last words her mom Happy Charles spoke to her before she disappeared.

Those words — “I’ll try every day” — sent the 24-year-old from the Lac La Ronge Indian Band in northern Saskatchewan on a quest to find a way to honour her mother. She was last seen alive at the age of 42 on April 3, 2017, approximately 240 kilometres south of her home in Prince Albert, Sask.

Her story is just one of thousands involving missing and murdered Indigenous women and girls in Canada.

A national inquiry, launched in 2015 by Prime Minister Justin Trudeau’s government, concluded in 2019 that the disappearances and killings amounted to race-based genocide and issued 231 recommendations.

Although the inquiry heard from 2,380 family members, survivors of violence and experts, many of those who lost loved ones say they did not get a chance to share their stories during the inquiry process.

Now, a new project — supported by a $13 million commemoration fund established by Ottawa after the inquiry ended — is trying to shine a light on those untold stories through art.

Pima’tisowin e’ mimtotaman, an Indigenous-led initiative meaning We Dance For Life, launched an interactive educational website today to honour the lives of missing and murdered Indigenous women and girls through what it calls art-based healing and a national awareness campaign.

Artwork to tour across the country

Organizers are connecting about 180 family members from Ontario, Quebec and Western Canada with artists who will work collaboratively with the families on creating pieces of commemorative art.

Bird, who did not get a chance to personally testify at the inquiry, said the project is giving her a chance to channel her mother’s last words into action.

“This initiative is important to me because my mom was an artist,” Bird said. “It represents her views on moving past hardship with kindness and forgiveness.”

Assuming COVID-19 restrictions permit it, organizers plan to bring families together for gatherings this summer to work on their art and take part in ceremonies. The artwork will then be toured across the country.

If public health measures do not allow for in-person meetings, organizers say they will try to arrange smaller or virtual gatherings.

“It gives them a sense they’re not alone,” said Sarah Cleary, a Quebec artist from Pekuakamiulnuatsh First Nation who will be working with the families.

“We want to make them feel we are praying for them. We are there for them. It’s really about opening up our hearts.”

Still no timeline on Ottawa’s response to national inquiry

“They have long-lasting legacies — whether it’s a piece of art that we’ll walk by for the rest of our lives, a new group bringing new practices into place, a new way of gathering, a new way of seeing things and being together,” said Joanna Baker, director general of women’s programs at Women and Gender Equality Canada, which is leading the fund.

Women and Gender Equality Canada is developing a national action plan to combat gender-based violence which will include Indigenous-led solutions, said press secretary Marie-Pier Baril. It is also working with Crown-Indigenous Relations and Northern Affairs Canada to finish a national action plan to respond to the National Inquiry into Missing and Murdered Indigenous Women and Girls. 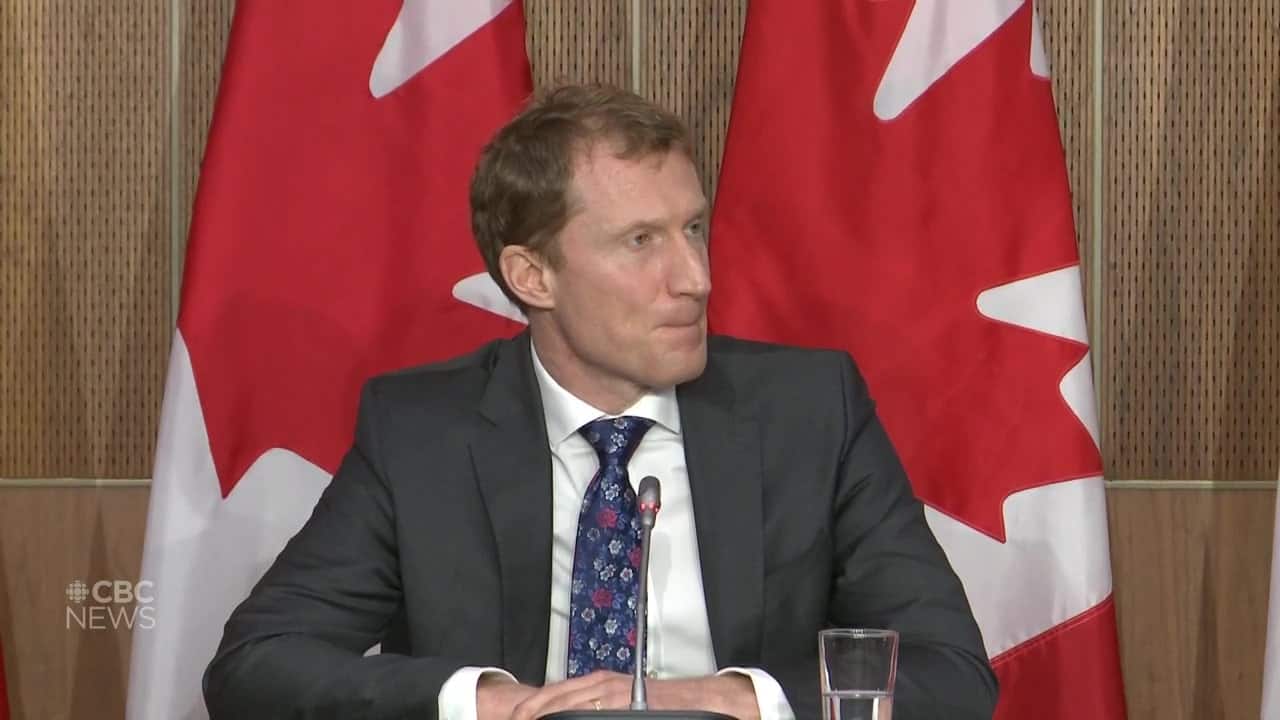 Marc Miller spoke with the CBC’s Oliva Stefanovich during a regular pandemic briefing 1:45

It’s not clear when those plans will be ready.

During a press conference in Ottawa today, Indigenous Services Minister Marc Miller did not say when government’s response to the national inquiry will be released.

“I’m confident that we can get something out in relatively short order, but I can’t commit to a timeline,” Miller said.

Katelyn Nani Bell, an Ontario multidisciplinary artist in Wiikwemkoong First Nation, said We Dance For Life is connecting families at a time when many feel isolated because of the pandemic.

“It brings that sense of visiting with one another and connecting,” Bell said.

“It’s about time these women and girls are heard, and also the families to have that healing, if they haven’t had it yet.”

Bird said she misses performing with her three sisters in their drum group, New Dawn. She said We Dance For Life is giving her a new sense of meaning.

“It gives me a sense of hope and a bigger connection.”

Support for essential workers could bring COVID-19 under control faster in Canada, do…