Coronavirus: What’s happening in Canada and around the world on Wednesday

Canada’s chief public health officer says national-level COVID-19 data is showing a “continued downward trend” in daily case numbers — but she noted the need for continued caution and said strong measures are necessary to keep the trend moving in the right direction.

This came on the same day that Newfoundland and Labrador announced a record high of 53 new cases, with officials blaming complacency for the spike.

“With still elevated daily case counts, the risk remains that trends could reverse quickly, particularly in areas of the country where new variants of concern have emerged or where increased, unchanged or only modest declines in COVID-19 disease activity are being reported,” Dr. Theresa Tam said in a statement on Wednesday.

In the statement, Tam said that to date, eight provinces have reported detecting variant strains, including:

After recording more than 80 new cases over two days, Newfoundland and Labrador moved to impose restrictions across the province to curb the further spread of infection. The 53 cases reported Wednesday is the province’s highest single-day total by far since the pandemic began, with the last single-day record being on March 25 with 32 cases.

“I believe that going so long with low case counts of COVID led to complacency, and we are now seeing the repercussions,” said Chief Medical Officer of Health Dr. Janice Fitzgerald during a Wednesday afternoon briefing. “This is something we had worried about and cautioned against.”

The new record comes a day after the province reported 30 cases and announced a “circuit-breaker” shutdown for such businesses as bars, cinemas and fitness studios in the St. John’s region to deal with the sudden outbreak.

At the Wednesday briefing, Fitzgerald announced a further expansion of restrictions. Effective immediately, all group and team sports across the province are suspended. Group arts and cultural activities that involve gatherings and close contact, including bands and choirs, are also suspended provincewide.

In the St. John’s area, in-class instruction and extracurricular activities is being suspended starting Thursday for at least two weeks. Teachers are required to report to schools and conduct online instruction. 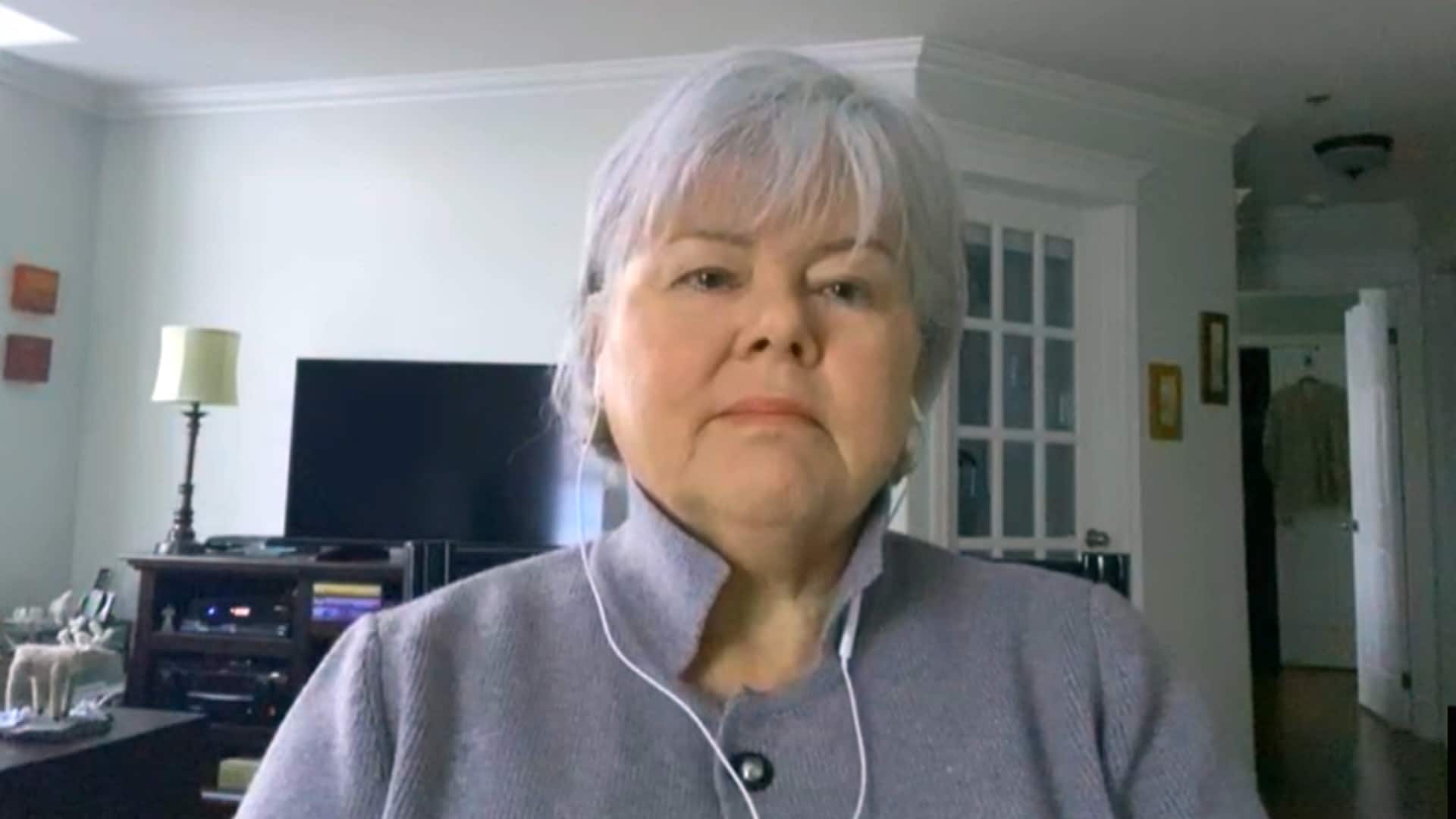 Newfoundland and Labrador is reporting a record 53 new confirmed cases of COVID-19 on Wednesday, as well as 32 presumptive positive cases. Dr. Catherine Donovan, a retired associate professor from Memorial University’s faculty of medicine, says it’s not surprising that people let their guard down after the province went so long without community transmission. 5:34

Among other restrictions for the metro area: Funerals, burials, weddings and religious ceremonies are limited to 10 people with physical distancing; restaurants and non-essential retail stores must close for in-person service; and bar, lounges, bingo halls and cinemas must close. The province is in the midst of an election campaign, with voters set to choose a new provincial government on Saturday.

Earlier Wednesday, Elections NL said that voters who are isolating in the St. John’s area due to the COVID-19 outbreak will be allowed to cast a ballot using a drive-thru voting site.

However, the stability of the plan seemed to be cast into doubt later in the day when the province’s chief medical officer of health said people who are self-isolating cannot leave their homes and added that she had not seen the plan before Elections NL released it.

What else is happening in Canada

Ontario reported 1,072 new cases of COVID-19 and 41 additional deaths on Wednesday, bringing the provincial death toll to 6,596. Hospitalizations stood at 948, with 313 COVID-19 patients in the province’s intensive care units, according to a provincial dashboard.

Meanwhile, restrictions were loosened in three public health units: Hastings Prince Edward; Kingston, Frontenac and Lennox and Addington; and Renfrew County. Lockdown measures and stay-at-home orders were lifted in those units, meaning restaurants can reopen for limited in-person dining and non-essential businesses can welcome customers back.

In Quebec, health officials reported 989 new cases of COVID-19 and 34 additional deaths on Wednesday, bringing the provincial death toll to 10,112. Hospitalizations stood at 918, with 148 COVID-19 patients listed as being in the province’s intensive care units. 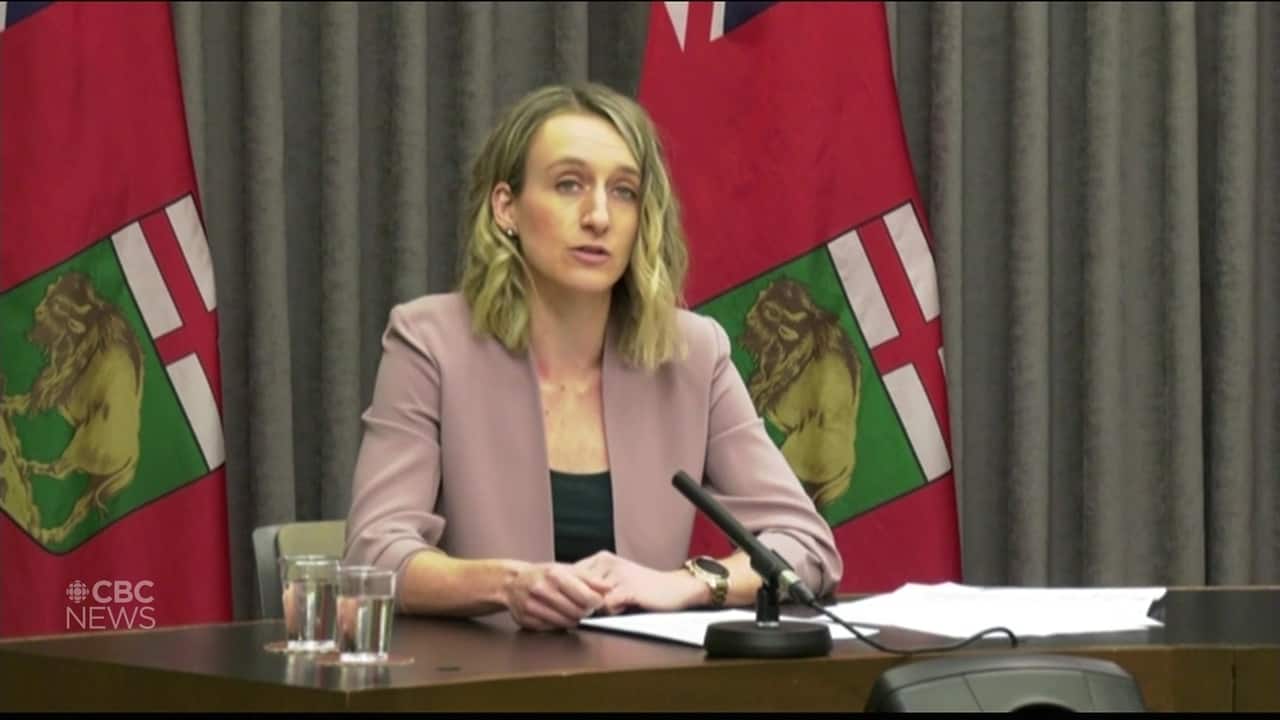 The medical lead for Manitoba’s vaccine task force, Dr. Joss Reimer, says older people are most at risk for severe outcomes from COVID-19 and they will be vaccinated first because there isn’t enough vaccine to inoculate everyone at this time. 1:55

Manitoba reported 59 new COVID-19 cases and six new deaths on Wednesday. The update came a day after officials announced that a confirmed case of the coronavirus variant first documented in the U.K., which researchers say is more easily transmitted, had been found in Manitoba.

Saskatchewan reported 189 additional cases and two new deaths. More than half of the new cases were out of the Regina and Saskatoon zones, with 58 cases and 43 cases, respectively.

Alberta reported 339 new cases and six new deaths as it also confirmed another 16 cases of people infected with highly contagious variants of the coronavirus. The province has now recorded 120 total cases of the variants first identified in the United Kingdom and in South Africa. 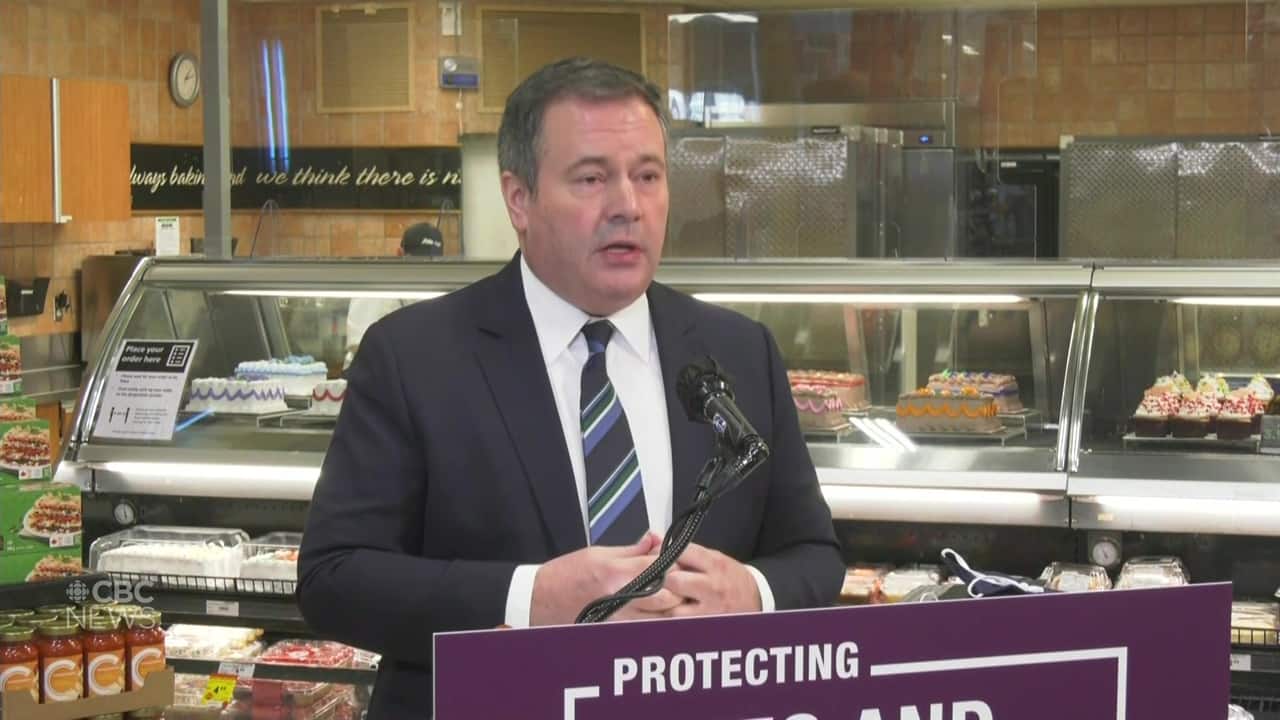 Health-care and social-services workers and education support workers are among the public-sector employees who will receive the critical worker benefit, Premier Jason Kenney said Wednesday. 1:20

Across the province, 421 people are being treated for the illness in hospitals, including 77 in ICU beds.

“While this is well below our peak in December, it is still about five to seven times higher than our total during the spring and summer,” Dr. Deena Hinshaw, the province’s chief medical officer of health, said of the hospitalization numbers.

In a joint statement, Provincial Health Officer Dr. Bonnie Henry and Health Minister Adrian Dix again reminded residents to stay in their local community and avoiding any unnecessary travel ahead of the Family Day long weekend.

“This weekend is the weekend to stay home — to show your family and friends you care by not giving COVID-19 the opportunity to spread,” they said.

As of Wednesday evening, more than 107.2 million cases of COVID-19 had been reported worldwide, with 59.9 million of the cases listed by Johns Hopkins University considered recovered or resolved. The global death toll stood at more than 2.3 million.

BioNTech said it has started manufacturing its COVID-19 vaccine at a new site in Germany, an important step toward increasing global supplies of one of the main vaccines against the coronavirus. The German company that partnered with Pfizer to produce the first vaccine approved for use in Europe and the U.S. said Wednesday that it has started the manufacturing process in Marburg by producing mRNA, the active pharmaceutical ingredient of the product.

The company said that quality tests will be performed internally and externally before the vaccine is released, and the new facility’s production processes will need approval from the European Medicines Agency so that the vaccine can be shipped. The first vaccines manufactured in Marburg, which is in central Germany, are scheduled for distribution in early April.

The site, which BioNTech purchased from Switzerland’s Novartis, will be able to produce up to 750 million doses of the COVID-19 vaccine per year once fully operational.

LISTEN | 2 doctors, including one working in South Africa, talk about the emerging concerns around vaccines and variants:

The Current21:46Vaccine concerns in South Africa

In Africa, South Africa’s health minister said the country will begin administering the unapproved Johnson & Johnson vaccine to its front-line health workers next week. The workers will be monitored to see what protection the J&J shot provides from COVID-19, particularly against the variant dominant in the country.

Health Minister Zweli Mkhize said Wednesday that South Africa scrapped its plans to use the Oxford-AstraZeneca vaccine because it “does not prevent mild to moderate disease” of the variant dominant in South Africa.

Mkhize asserted that the J&J vaccine, which is still being tested internationally, is safe. He said those shots will be followed by a campaign to vaccinate an estimated 40 million people in South Africa by the end of the year. The minister said the country will be using the Pfizer vaccine and others, possibly including the Russian Sputnik V, Chinese Sinopharm and Moderna vaccines.

WATCH | WHO says AstraZeneca vaccine can be used against variant first found in South Africa: 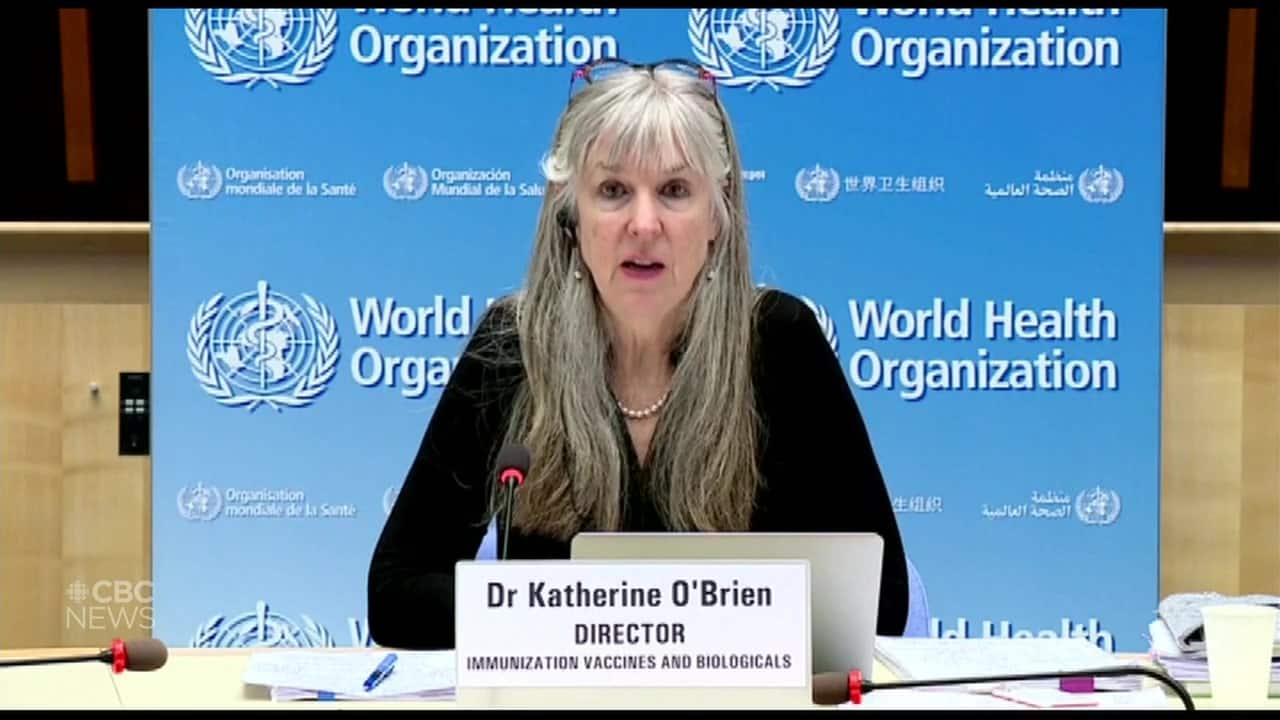 WHO’s expert advisory group says there is a ‘plausible expectation’ that the AstraZeneca vaccine will be effective against severe disease from the coronavirus variant found in South Africa, despite a small study that prompted concerns. 2:09

Ghana’s parliament has been suspended for at least three weeks following a surge in coronavirus cases among parliament members and staff.

Speaker Alban Bagbin announced the suspension late Tuesday, saying that at least 17 members of parliament and 151 staffers have tested positive for the virus. He has urged lawmakers and other parliament staffers to get tested.

Meetings, however, will continue of the parliament appointments committee to nominate ministry posts for the administration of President Nana Akufo-Addo, who was re-elected in December.

Ghana’s Health Services confirmed that there have been 73,003 cases and 482 deaths in the West African nation since the outbreak began last year.

In the Americas, the White House is announcing three new mass vaccination sites in Texas, capable of delivering 10,000 shots per day among them. The federally supported sites at stadiums in Dallas, Arlington and Houston will pair federal troops with local health officials to expand COVID-19 vaccinations in Texas.

White House coronavirus co-ordinator Jeff Zients announced the new facilities on Wednesday, saying they will be operational on Feb. 22.

Zients said the Biden administration has plans to open similar sites in more states in the coming weeks.

The Chicago Teachers Union has approved a deal with the country’s third-largest school district to get students back to class during the coronavirus pandemic, union officials announced early Wednesday.

The vote by the union’s roughly 25,000 members ends the possibility of an immediate teacher lockout or strike. The agreement follows months of negotiations — which had intensified in recent weeks — with plans that included more teacher vaccinations and metrics to allow school closures when COVID-19 infections spike.

In the Asia-Pacific region, South Korea said it would grant its first approval for a coronavirus vaccine to AstraZeneca, and will allow its use in people 65 years or older.

Cambodia launched its coronavirus inoculation drive on Wednesday, using 600,000 vaccine doses donated by China, with the sons of long-serving Prime Minister Hun Sen and government ministers among the first recipients.

New Zealand will first administer COVID-19 vaccines to quarantine personnel, front-line health workers and airline staff, as the government formally approved its use on Wednesday.

In Europe, German Chancellor Angela Merkel and the country’s 16 governors are extending Germany’s coronavirus lockdown until March 7 amid concerns about new virus variants. The agreement provides some exceptions, including allowing hairdressers to reopen on March 1, with hygiene regulations.

Germany’s second lockdown began in November and was extended and toughened before Christmas due to concerns that the number of COVID-19 patients could overwhelm hospitals. It was to end on Sunday.

Prime Minister Boris Johnson says Britain’s coronavirus vaccination program is on course to give everyone over 50 the first of two shots by the end of April.

Johnson says 13 million people have had a shot so far, about a quarter of the adult population. Health authorities aim to reach the 15 million people at greatest risk from COVID-19, including front-line health workers and everyone over 70, by Feb. 15.

In the Middle East, Iran launched a coronavirus inoculation campaign this week among health-care professionals with recently delivered Russian Sputnik V vaccines as the country struggles to stem the worst outbreak of the pandemic in the Middle East. The death toll in Iran is nearing 59,000.

– From The Associated Press and Reuters, last updated at 6 p.m. ET