Come From Away plays to (almost) packed crowds in Australia, restoring sense of commu…


While most theatre companies wait to safely welcome back audiences, Come From Away is playing eight shows a week in Melbourne, Australia, to an almost packed house.

The musical retelling of how the citizens of Gander, N.L., responded during the events of 9/11 is one of the most successful Canadian theatrical exports, spawning numerous productions in North America, Britain and Australia.

Nine months into its run in Melbourne, Come From Away was forced to close its doors as the country worked to get the coronavirus under control.

Now, with the number of daily new COVID-19 cases in Melbourne down to single digits, Come From Away has raised the curtain again. The Australian production, which resumed on Jan. 19, was one of the first shows to welcome back audiences, with new safety measures.

Contact tracing is required for all ticket holders, as is mandatory mask-wearing, and the 1,003-seat Comedy Theatre is limited to 85 per cent capacity.

Luke Hunter, the company’s musical director, remembers all too well the months of strict lockdown stuck in his apartment. He says the feeling from audiences when the cast returned to work surprised him.

Come From Away ends with a dramatic flourish as the lights go out and Hunter stands on a chair playing the accordion.

On the show’s opening night, the crowd roared. “I’d forgotten how impactful it is to hear the sound of a group of people that have been through an experience together…. It was really moving,” Hunter said.

Theatre in #Melbourne is back baby, and @ComeFromAwayAU is a must see! 🎶🎵 Sitting with Claire Spencer CEO of Arts Centre and John Forman, the music legend. The masks are worth it. #comefromaway pic.twitter.com/hAdM47VyCZ

In Melbourne, fans such as Mike Benjamin are returning to see the show again because of what it represents.

“With the show being uplifting, it is that sense [that] I’m able to return to a sense of normality. It does warm the soul.”

As Benjamin drove home after the show, he listened to a news item about a new case of COVID-19 discovered in the community. While he said he doesn’t relish the idea of another lockdown, he thinks that’s why the musical’s message resonates.

“I think the big theme there is about looking out for other people and recognizing that we’re in this together.”

American actor Sharriese Hamilton plays Hannah in the Australian production and understands all too intimately the toll the virus can take.

When the production first shut down, she flew home to Chicago, where restrictions were less effective.

Hamilton lost some of her relatives to COVID-19, including the family’s matriarch. She went from performing for hundreds to trying to grieve over loved ones via Zoom.

Now she finds herself back on the other side of the globe, where the sun is shining and theatres are open. Seeing the audience there waiting, Hamilton choked back tears.

For Hunter, Hamilton and the rest of the cast and crew, the pandemic has changed what Come From Away stands for.

“It’s definitely deepened the message,” Hamilton said. “There’s a very different energy amongst us on stage and amongst the audience that we’ve been through something and we need each other.”

Performers talk about providing a service and feeling the audience respond and revel in the shared experience. But Hunter says the Australian company is also acting as a beacon for the other Come From Away companies, still waiting to return.

“I’m acutely aware … when I sit down to conduct the show that there are four other companies of this show that are not doing what we get to do,” he said. 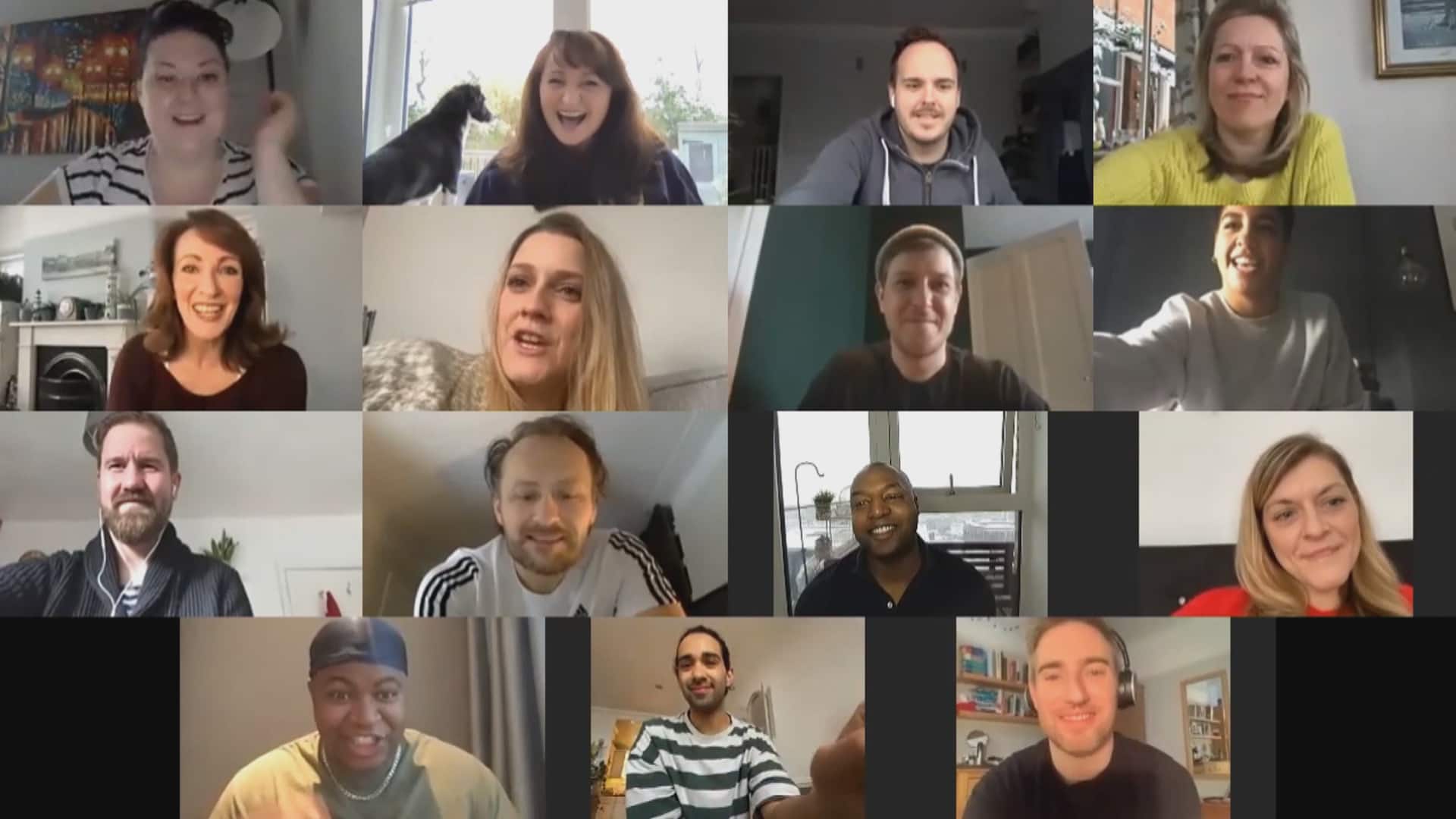 While the show goes on in Melbourne, the four other Come From Away productions sent messages to be played on opening night. ‘Chookas’ is an Australian expression that means good luck or break a leg. 1:18

For opening night, the Come From Away teams on Broadway, in Toronto and London, as well as with the touring company contributed a special video message played for the audience.

In the now-familiar mosaic of Zoom squares, the cast and crew members wished the Melbourne company “Chookas,” an Australian expression similar to break a leg or good luck.

“It has been unexpected to feel that responsibility, heartwarming as well,” Hunter said.

WATCH | Australian audiences return to theatre for Come From Away: 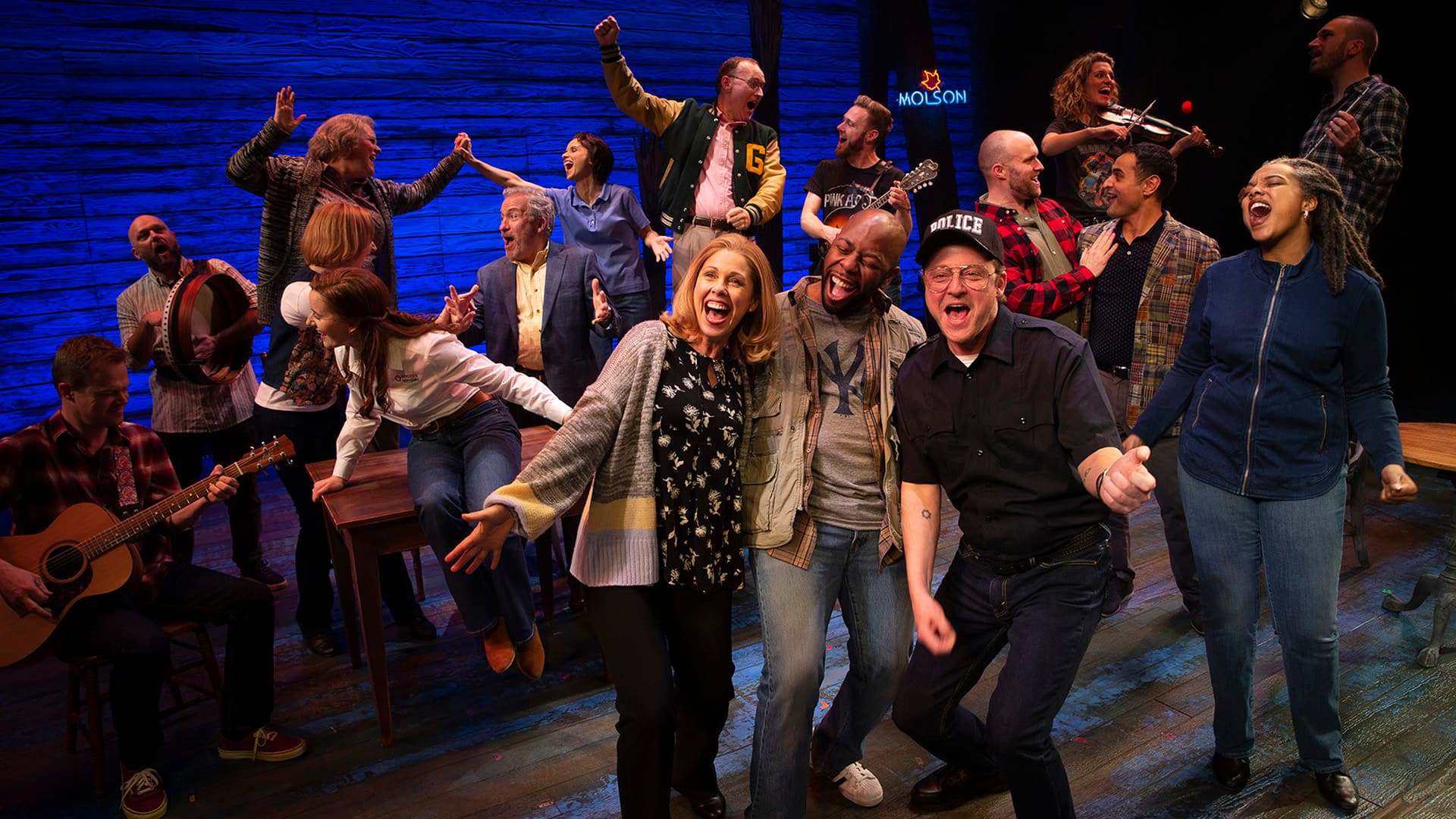 With its low COVID-19 case numbers, Melbourne, Australia, has reopened its theatres to audiences, and Come From Away — set in Gander, N.L., after 9/11 — is one of the first productions returning to the stage. 2:03

Yan Dhanda: Swansea ‘shocked and surprised’ by leniency of Facebook actions after onl…