A power struggle between Canada’s elected House of Commons and the appointed Senate could erupt this week over the emotional issue of medical assistance in dying.

The Senate has already approved five amendments to Bill C-7, including two major changes that would expand access to assisted dying well beyond what MPs agreed to when they passed the bill in December.

Senators are to begin final debate on the bill Tuesday before finally voting on their amended version and shipping it back to the Commons, which will then have to decide whether to accept or reject some or all of the amendments.

For now, Justice Minister David Lametti’s office won’t say if the Trudeau government is willing to accept any of the amendments.

“We await the revised bill from the Senate and will respond to the final package … that they have put forward for inclusion at that time,” his office said in a statement, adding that the government appreciates senators’ “careful consideration” of the bill.

The bill would expand access to a medically assisted death to include intolerably suffering individuals who are not nearing the natural end of their lives, bringing the law into compliance with a 2019 Quebec Superior Court ruling. 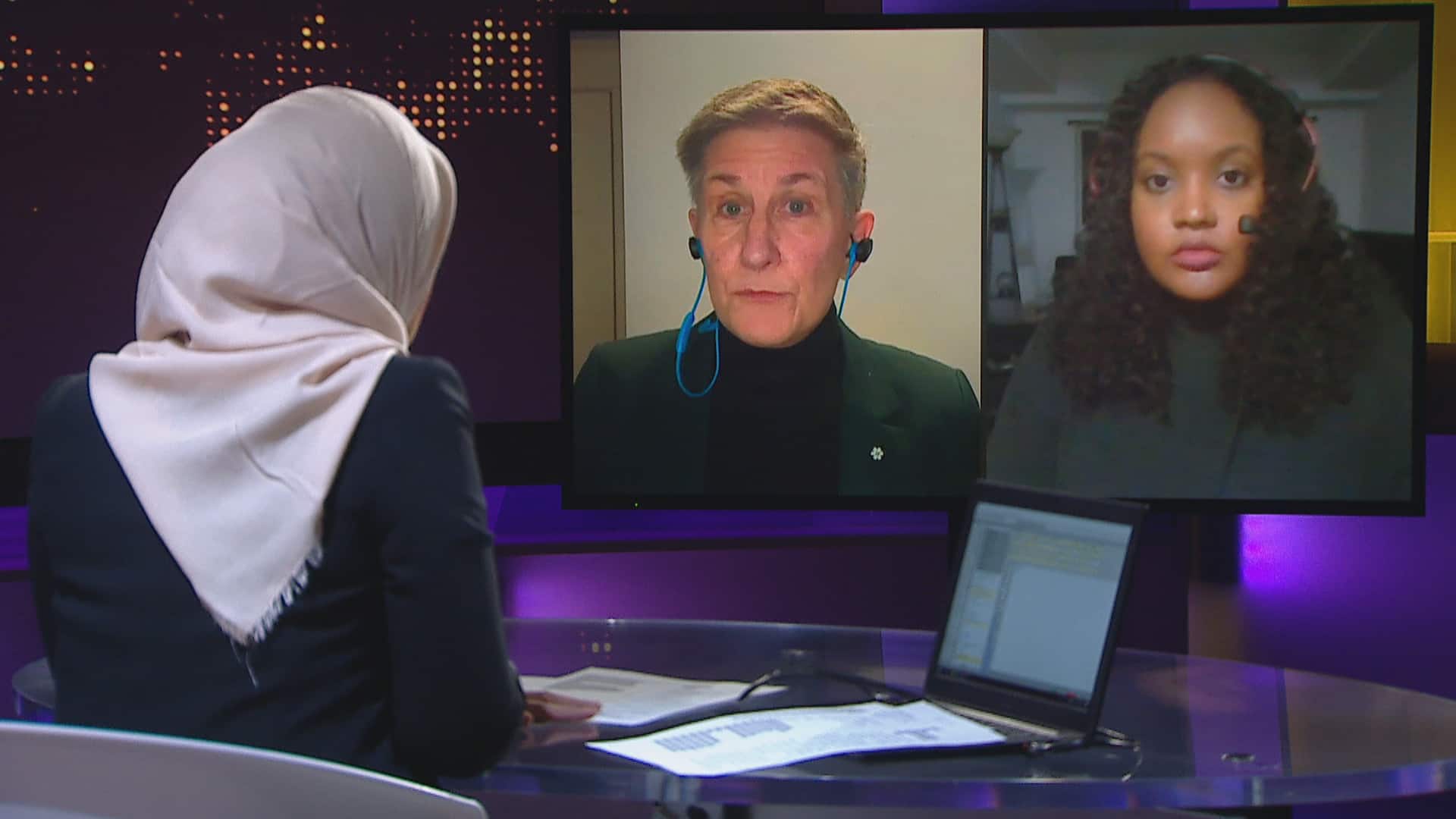 A panel of guests discuss both the reasons against and in support of making amendments to Bill C-7. 9:03

Senators have approved amendments that would expand access even further, allowing people who fear being diagnosed with dementia or other comparable disorders to make advance requests for an assisted death. Another amendment would put an 18-month time limit on the bill’s proposed ban on assisted dying for people suffering solely from mental illnesses.

The government is expected to make a decision on the Senate amendments at a cabinet meeting on Thursday.

Having reformed the Senate appointment process in an effort to make the upper house more independent and less partisan, Prime Minister Justin Trudeau made a point during his first mandate of accepting a relatively large number of Senate amendments to bills.

But because the Liberals now hold only a minority of seats in the Commons, it’s not entirely up to the government this time to determine the fate of the proposed changes to C-7. At least one of the main opposition parties will have to support whatever the government decides.

The Conservatives, who voted overwhelmingly against the bill in its original form because they believed it was too permissive, are not likely to support the Senate’s even less restrictive version.

“Conservatives have said the Liberal government should proceed with the parliamentary review required in the original MAID [medical assistance in dying] legislation,” Conservative justice critic Rob Moore said in an email.

“By expanding MAID further without doing the much-needed analysis, they put the lives of vulnerable Canadians at risk.”

Bloc Québécois Leader Yves-François Blanchet said last week that the amendments “are not without interest and indeed deserve to be looked at.”

Still, he expressed some reluctance to go along with anything proposed by the Senate, an institution he said “has absolutely no legitimacy.” And he noted that time is running out: The bill must be passed by Feb. 26 to meet the thrice-extended deadline imposed by the court.

Nova Scotia Senator Stan Kutcher, a psychiatrist and Professor Emeritus of Psychiatry at Dalhousie University, discusses his efforts to amend the government’s legislation on medical assistance in dying. 9:58

New Democrats similarly have little use for the appointed upper house, which they’ve long argued should be abolished, and NDP justice critic Randall Garrison said he doubts his party would support the Senate amendments.

“I’m always concerned that the Senate has adopted this new role for itself where they redo everything that we’ve previously done in the House, where historically they were supposed to review rather than redo,” he said in an interview.

Garrison said MPs on the Commons justice committee considered both the idea of a sunset clause on the mental illness exclusion and adding advance requests to the bill. But they ultimately decided more work needed to be done on both issues.

While he agrees with the gist of another Senate amendment requiring the government to collect race-based data on who requests and receives assisted deaths, Garrison said he doesn’t think the measure belongs in a bill that would amend the Criminal Code.

And even though he’s been calling on the government to launch the legally required parliamentary review of the assisted dying law, which was supposed to have begun last June, Garrison said a Senate amendment spelling out a timetable for a joint parliamentary committee review is unenforceable.

“We’re not likely to have an objection if the government decides to reject them all,” he said. “I think in fact all the opposition parties are likely to want to reject the Senate amendments.”

Next steps could lead to Supreme Court

If the Commons does so, senators will have to decide whether to accept the verdict of the elected chamber or dig in their heels.

Senators normally tend to defer to the will of the elected chamber, but some believe they have a duty to stand firm when fundamental constitutional rights are at stake.

Gerard Quinn, the UN special rapporteur for the rights of persons with disabilities, testified Monday before the Senate committee that’s debating Bill C-7, the new legislation aimed at expanding access to medical aid in dying. 6:27

A majority of senators have been clear that they believe the bill’s blanket ban on assisted dying for people suffering solely from mental illness is unconstitutional, contravening the right to equal treatment under the law, regardless of mental or physical disability, as guaranteed in the Charter of Rights and Freedoms.

If the 18-month time limit on that exclusion is rejected, senators could try yet another amendment, requiring that the government refer the matter to the Supreme Court of Canada.

Theoretically, the bill could ping-pong back and forth between the two chambers until some resolution is found.