The head of Ontario’s vaccine distribution plan says a call centre and online reservation system will be up and running in the next few weeks to help coordinate appointments as the province moves to inoculate those next in line to get the COVID-19 vaccine.

With increased doses of the Pfizer vaccine expected this week, Hillier told Power & Politics host Vassy Kapelos they hope to finish giving residents of long-term care homes and high-risk retirement homes in the province their second dose — clearing the way to then start vaccinating those deemed the “next priority.” 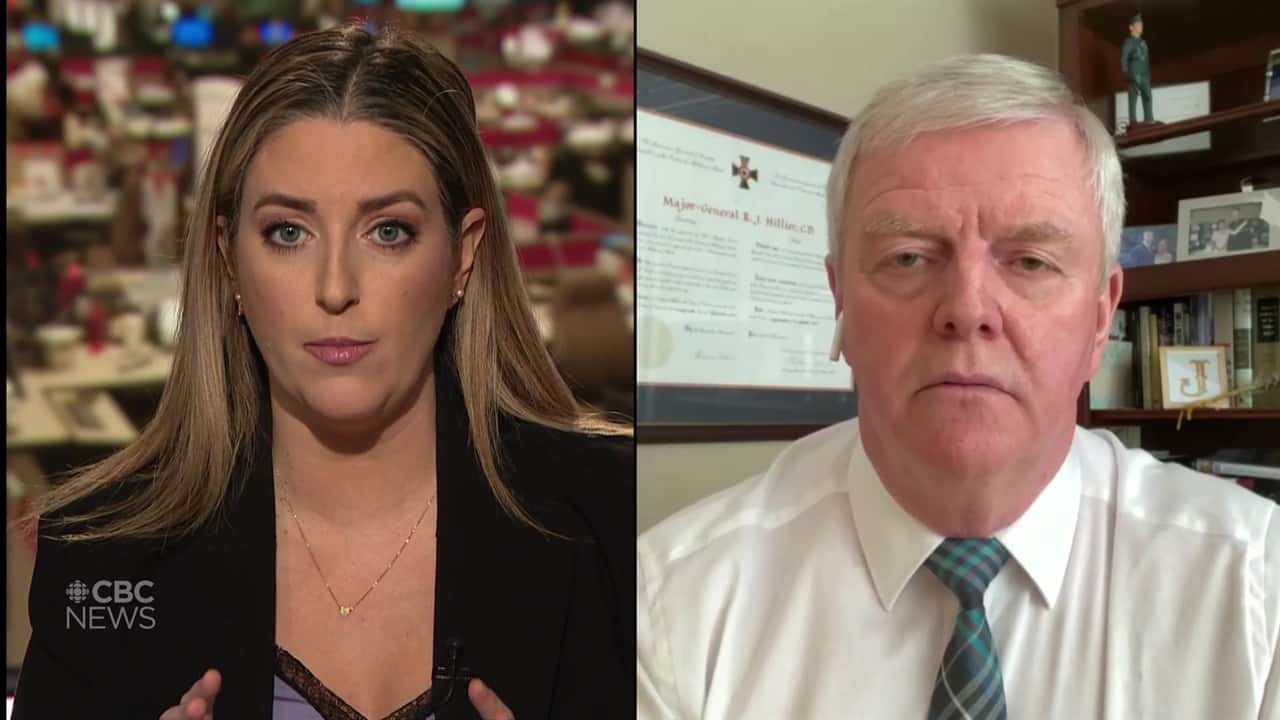 The head of Ontario’s vaccine distribution task force, retired general Rick Hillier, says he hopes to start vaccinating people over the age of 80 at the beginning of March. 4:19

“The prime minister has said the vaccines are on the way. We’re going to take him at his word. And as long as we can see the next shipment arriving next week, we’re going to put the doses that we have now into arms as rapidly as we can.

People aged 80 and over to get next shots

“But as we see it and judge it, we’ll know when we’ve got some vaccines to go into the next set of arms and that will be those 80 year olds, and I venture it will be around the first week of March that we’ll be able to start that.”

A call centre and web portal will be launched to coordinate appointments.

“We’ll roll out in the next week-and-a-half or so a call centre where people who are not used to going online can call and reserve an appointment in a place close to them based on their OHIP card and their postal code.”

The online reservation system will start around March 1.

Mass vaccination centres to be used

He said they’ll figure something out for those who aren’t mobile enough to leave their own homes.

Canada stands to receive more doses of the Pfizer vaccine in the next quarter than expected, after a month-long slowdown in deliveries, Prime Minister Justin Trudeau said on Friday.

The pharmaceutical giant will deliver 10.8 million shots between April and June as the manufacturing supply chain stabilizes after a shaky start to the year. That’s 2.8 million more shots in this period than the government had originally forecasted.

The  Public Health Agency of Canada said it expects to receive weekly shipments of more than 400,000 doses of the Pfizer vaccine beginning this week, with 156,780 destined for Ontario.

She was in agony since age 13. Many didn’t believe her. Then a B.C. hospital diagnose…