Red Bull has won races in six of the seven seasons since Mercedes replaced it as F1’s benchmark team at the start of the turbo hybrid era, but since Ricciardo left to join Renault at the end of 2018, only Verstappen has continued to take victories.

In the two seasons since Ricciardo’s departure, Alex Albon’s pair of podiums represent the only times Red Bull’s other driver has managed to finish in the top three out of 38 races in that span, with both Albon and predecessor Pierre Gasly enduring a significant pace gap to Verstappen during their respective brief time as his team-mate.

Perez, a 10-season F1 veteran and race winner following his 2020 Sakhir Grand Prix triumph, has been brought on board to try and ensure Red Bull has two cars regularly threatening or beating the Mercedes drivers in 2021.

Red Bull has lost results in the last two seasons when Mercedes was able to successfully use the strategic advantage of two cars fighting one rival.

Horner acknowledges that Perez will have a tough time matching Verstappen immediately in 2021 thanks to the limited pre-season testing time available this year (three days), but has revealed his expectations of Red Bull’s new line-up – which features a driver not promoted from its junior programme for the first time since 2007.

“It’ll be very difficult to get himself up to speed in just one test, straightaway,” Horner told Autosport in an exclusive interview for this week’s Autosport magazine.

“But he has the benefit of a lot of experience and, of course, we are expecting him to be close to Max and challenging – in a way that we had with Daniel Ricardo and Max for three seasons.

“So, hopefully, Sergio can play a real, really important role for the team in getting both cars, on a consistent basis, near to the Mercedes.” 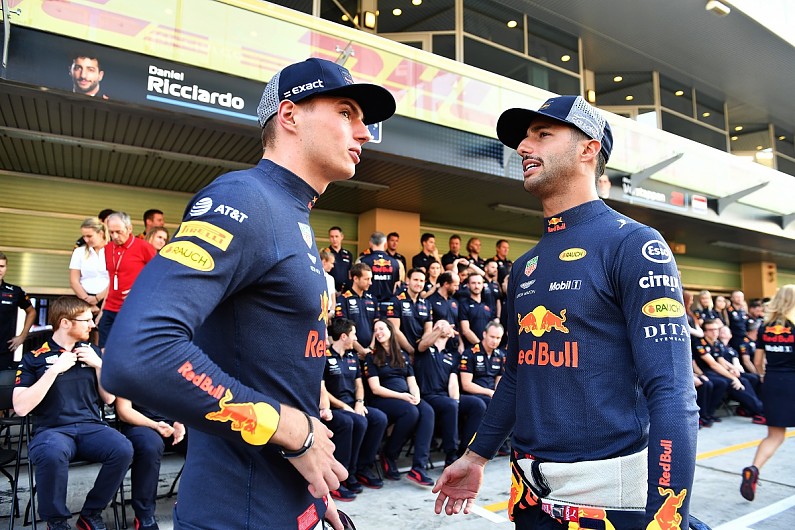 When asked how he thought Verstappen was progressing after nearly five full years racing for Red Bull since his shock promotion ahead of the 2016 Spanish GP, Horner said: “I think Max has done a great job.

“I think he’s matured enormously over the last few years. And I think what he’s extracted from the car in the last couple years has been truly impressive.

“In a car that hasn’t been as good as the Mercedes [and] to have won five races in the last two years with Honda power [as well], I think he’s done a fantastic job.

“And we just as a team need to be able to do that on a more consistent basis over the course of a 23-race season.”

The full interview with Christian Horner is included in this week’s issue of Autosport magazine, which is available in shops and online.

Bam Margera Kicked Off of ‘Jackass 4,’ Couldn’t Abide by Conditions