Laurent Brossoit earned his first shutout in more than two years Friday, leading the Winnipeg Jets to a 2-0 victory over the Vancouver Canucks.

Mark Scheifele scored for the Jets (10-6-1) on a first-period breakaway and Mason Appleton added an empty-netter. Brossoit had 29 saves for Winnipeg to collect the second shutout of his career.

Vancouver was 0-for-2 with the man advantage, while Winnipeg couldn’t convert on either of its two power plays.

The Canucks pulled Demko with 2:33 left on the game clock, but Vancouver couldn’t get a puck past Brossoit to force overtime.

Instead, Appleton forced a giveaway at the Canucks blue line and drove the puck into the empty net to seal the score at 2-0, despite having Vancouver’s Elias Pettersson draped all over him. 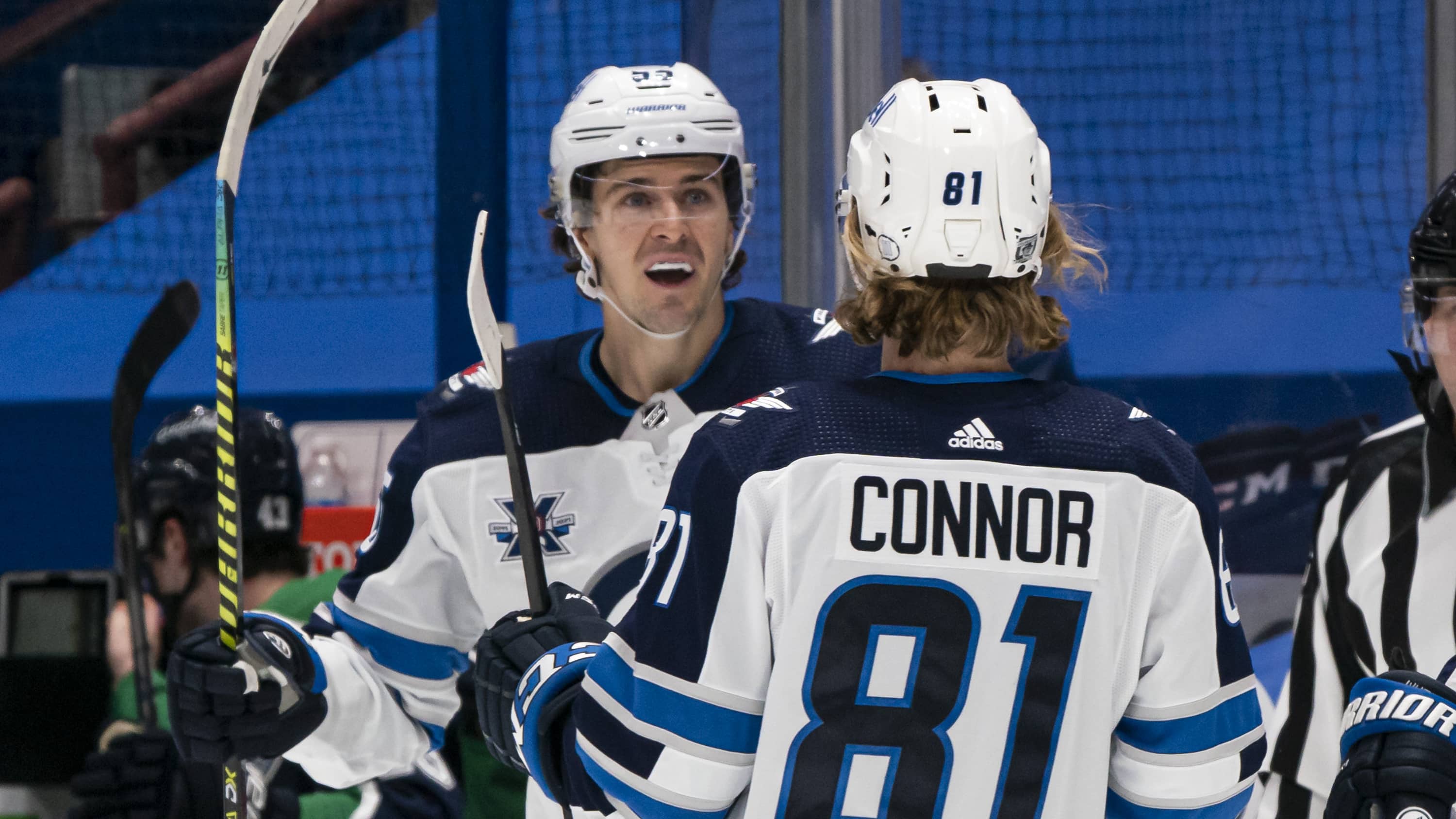 A skirmish between Winnipeg’s Derek Forbort and Vancouver’s Nils Hoglander erupted into a pileup with 41 seconds left on the clock. Players from each side paired off as their teammates jeered from the benches off before officials could intervene.

Scheifele’s goal followed a misstep by the Vancouver defence, where the puck bounced through the feet of Alex Edler at the Canucks blue line. Scheifele chased it down for a breakaway, putting a back-handed shot past Demko to open the scoring 7:25 into the game.

The goal extended the Winnipeg centreman’s point streak to nine games. He has six goals and seven assists since Feb. 1, when he tallied a goal and an assist in the Jets’ 4-3 shootout loss to the Flames.

Demko held his team in Friday’s game with a series of clutch saves.

Rob Pizzo catches you up on the week that was in the all-Canadian division in the NHL. 3:48

One of his best on the night came late in the first frame when the Vancouver netminder snatched a speeding puck out of mid air to rob Kyle Connor of a power-play goal.

He stopped Winnipeg from taking a 2-0 lead into the second intermission, too, after a battle in front of the Canucks net with just seconds left on the clock.

Players from both sides chopped away in the crease until the whistle blew. Scheifele pointed and yelled, believing the puck had crossed the goal line before Demko squeezed it in his pads. The no-goal call went to review but a second look affirmed the decision on the ice.

Brossoit also faced some tough tests in the second frame.

Midway through the period, Vancouver defenceman Nate Schmidt went 1-on-1 with the goalie on a breakaway. Brossoit stopped the initial blast, but couldn’t control the rebound. The puck bounced backwards into the crease, with the goalie falling on it just in time to stop it from crossing the goal line.

The teams will battle again in Vancouver on Sunday.