The largest U.S. oil refiners released tonnes of air pollutants into the skies over Texas this past week, according to figures provided to the state, as one environmental crisis triggered another.

Refiners and petrochemical plants along the U.S. Gulf Coast scrambled to shut production as an arctic air mass spread into a region unused to frigid temperatures.

The extreme cold, which killed at least two dozen people in Texas and knocked out power to more than 4 million at its peak, also hit natural gas and electric generation, cutting supplies needed to run the plants.

Shutdowns led to the refineries flaring, or burning and releasing gases, to prevent damage to their processing units. That flaring darkened the skies in eastern Texas with smoke visible for kilometres.

“These emissions can dwarf the usual emissions of the refineries by orders of magnitude,” said Jane Williams, chair of the Sierra Club’s National Clean Air Team.

She said U.S. regulators must change policies that allow “these massive emissions to occur with impunity.”

Valero Energy said in a filing with the TCEQ that it released 35 tonnes (78,000 pounds) over 24 hours beginning Feb. 15 from its Port Arthur refinery, citing the frigid cold and interruptions in utility services.

The 53 tonnes (118,100 pounds) of emissions from Motiva’s Port Arthur, Texas, refinery between Feb. 15 and Feb. 18 were more than three times the excess emissions that it declared to the U.S. Environmental Protection Agency for the whole of 2019.

Marathon Petroleum’s Galveston Bay Refinery released 6.4 tonnes (14,255 pounds) over less than five hours on Feb. 15, equivalent to about 10 per cent of its total releases above permitted levels in 2019. 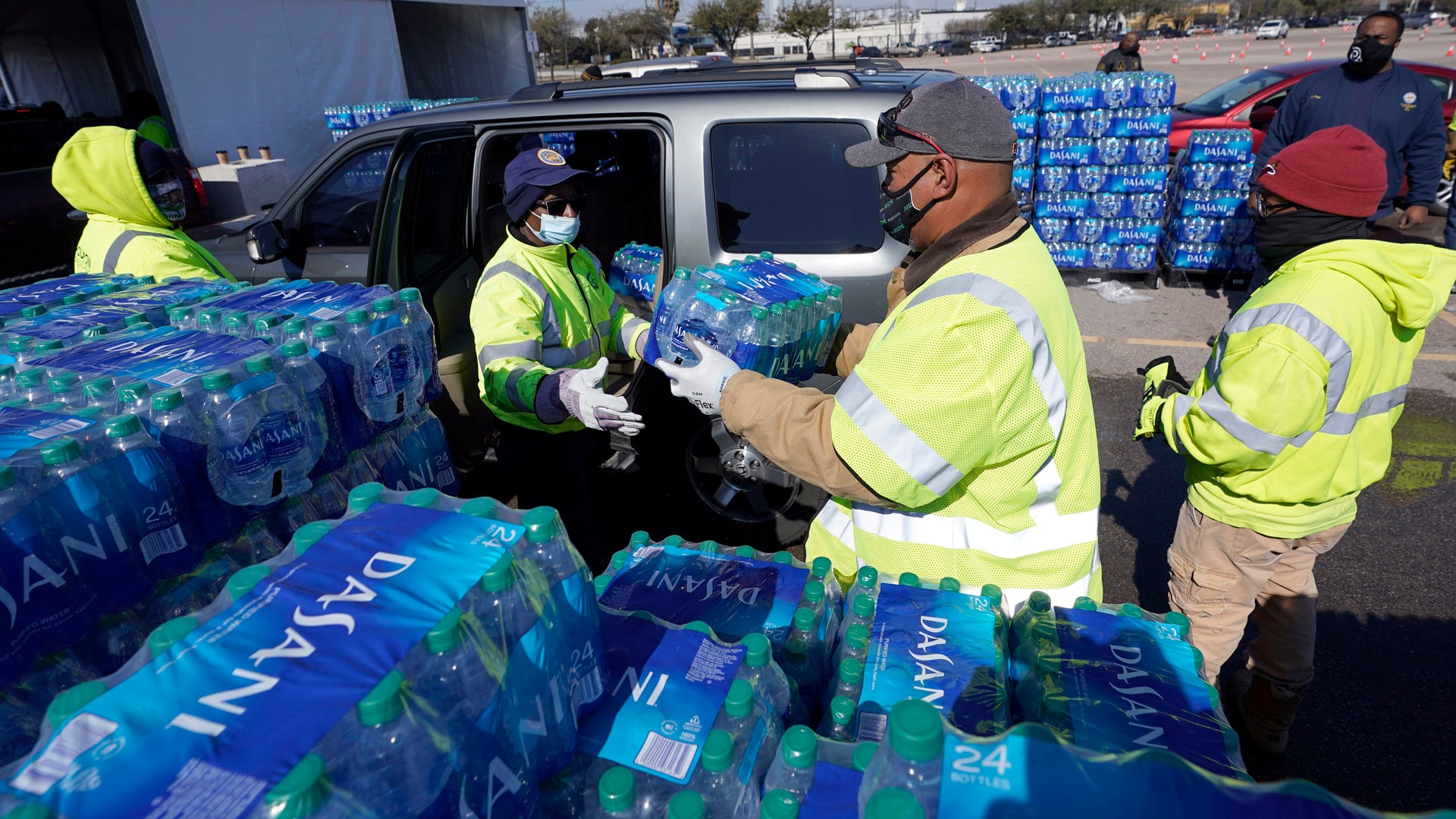 Exxon Mobil said its Baytown Olefins Plant emitted nearly one ton of benzene and 68,000 tons of carbon monoxide, citing in its disclosure the halting of “multiple process units and safe utilization of the flare system.”

Exxon blamed the shutdown of two Texas refineries on the freezing weather and loss of natural gas supplies. A spokesman said its petrochemical plants in Texas and Louisiana have supplied 560 megawatts to local communities, helping power about 300,000 homes.

Valero did not have an immediate comment. Motiva and Marathon did not respond to requests for comment.

Final figures on pollution releases are due to be submitted to the state in two weeks.

The flaring continued through the week as refiners kept plants out of service.

“We had six or seven flares going at one time,” Hilton Kelly, who lives in Port Arthur, home to refineries operated by Motiva, Valero and Total SE, said on Friday. “It’s still happening now.”

Sharon Wilson, a researcher at advocacy group Earthworks, said the releases are alarming, in part because “there is no safe amount of benzene for human exposure.”

State data showing oil and gas producers were flaring methane this week “is just making things worse, and it could have been prevented” by winterizing facilities, she said.

Texas oil and gas companies filed 174 notices of pollution releases above permitted levels between Feb. 11 and Feb. 18, four times the number the prior week, according to TCEQ data.

Total pollution at Houston-area facilities during the cold snap totalled approximately 318 tonnes (703,000 pounds), about 3 per cent of the total pollution over permitted amounts for all of 2019 and almost 10 per cent of 2018’s releases, according to TCEQ data analyzed by advocacy group Environment Texas.