One recent afternoon, at the edge of the main piazza in Vò, a tiny town in the northern Veneto region of Italy, a group of young people hung out near a car, listening to music. Among them was Jasmine Schiavoi, 19, a nursing student.

Schiavoi was paying her way through school by working part-time in a pub. But then the pandemic hit and her job disappeared, along with thousands of others in the region.

“I lost my job because of the COVID problem,” she said in an interview. “I just want to get through school so I can work in nursing. [Italy] needs medical personnel.”

One year ago this week, the world watched with alarm as 11 small towns in northern Italy shut themselves off to the rest of the world overnight. Days before, Annalisa Malara, a young anesthesiologist had diagnosed Italy’s first COVID-19 case. Shortly after, a 77-year-old retired contractor in Vò died, making him the first European casualty of the virus and placing the small town at the epicentre of the outbreak.

Since then, more than 95,000 people in Italy have died from COVID-19, the most in the European Union.  The vast majority of deaths were older people, and most of those, men.

But with almost half a million jobs lost in the past year, Italy’s young people and women are also paying a steep price for the pandemic, just like Schiavoi.

Today, Vò mayor and pharmacist Giuliano Martini recalls with pride how his tourist town responded to the virus. It was the only in Italy to test and trace almost all of its residents, virtually eliminating COVID-19, he said.

But the economic effects of the pandemic remain. A year later, the piazza is nearly empty. It’s lined with papered-over store windows and “for rent” signs dot the street. Martini is no longer upbeat about what lies ahead for this town, Italy or its next generation.

“I just don’t see a future for the youth in Italy,” he said in Italian. “Governments invested very little in young people, even before COVID. I can only hope this one does better.”

Over the past year, 70 per cent of the jobs lost were held by women. Youth unemployment, according to ISTAT, Italy’s national institute of statistics, is once again at 30%, second only to Spain and Greece.

Italy’s latest government, led by ex-European Central Bank head Mario Draghi, who was sworn in earlier this month, has vowed to use Italy’s 200 billion euro slice of the European Union’s COVID recovery fund to relaunch its long-stagnant economy. Draghi says he’ll do this by overhauling the country’s stifling bureaucracy, investing in education and green businesses and closing the employment gender gap.

These are promises Giulia De Rossi of the nearby Veneto town of Vicenza wants to believe.

In a chilly warehouse on the outskirts of town, she flicks the switch on a large fabric shredding machine and feeds discarded clothing onto the conveyor belt. A soft, fluffy cloud of material comes out the other end. It will be compressed and shaped into everything from gift boxes to furniture, all fully recyclable. 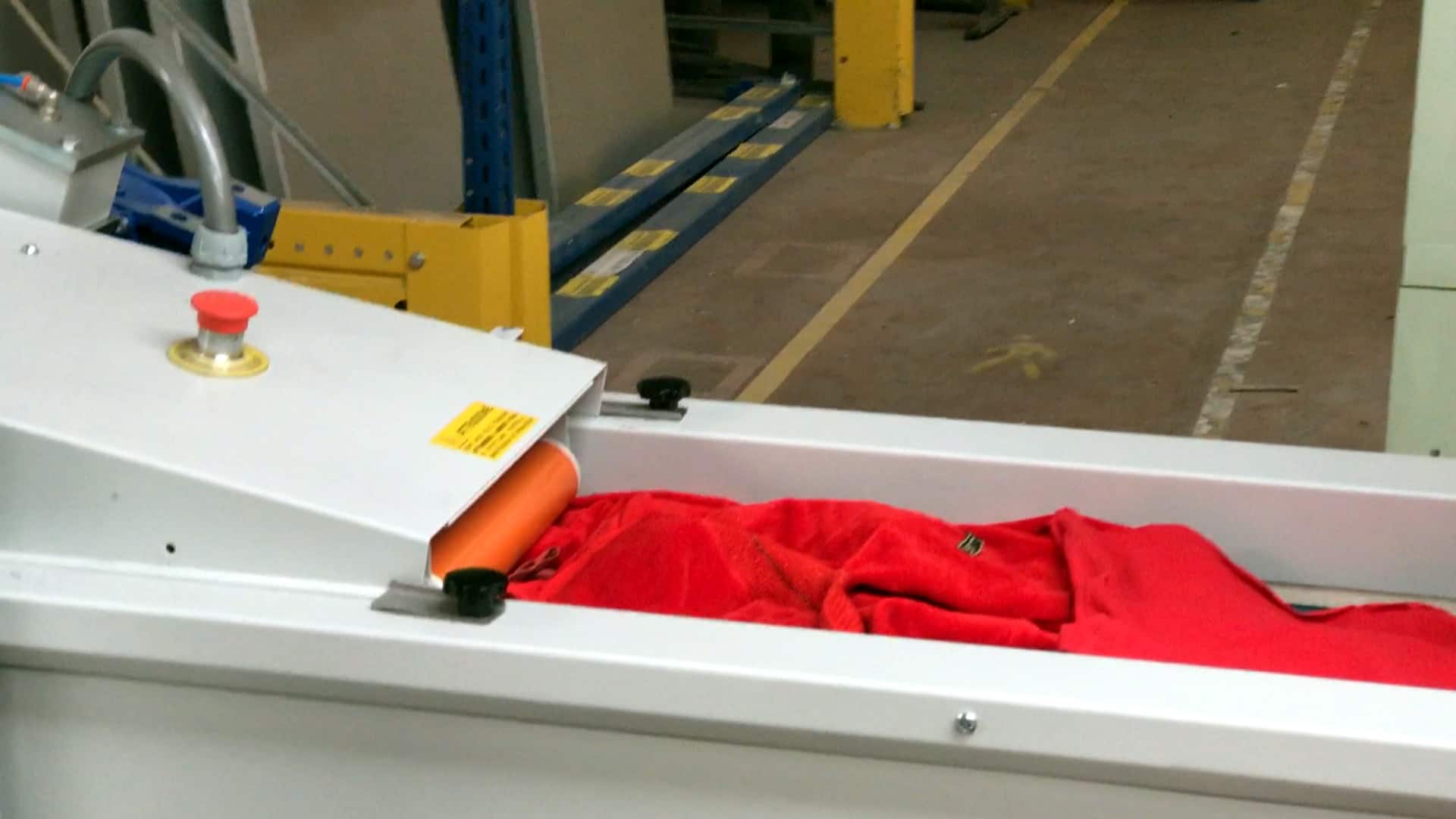 Giulia De Rossi of Vicenza, northern Italy, feeds discarded clothing into a shredder that turns it into a fluffy material she uses to make everything from gift boxes to furniture, all recyclable. Government funds she was promised for the shredder were diverted because of the pandemic. 0:40

De Rossi quit her coveted day job linked to the oil industry two years ago to launch this circular economy startup. The prime motivator, she says, was to leave the world a better place for her infant son.

“The fashion industry is one of the most polluting, so I asked myself, ‘Is there a way not to send those huge amounts of clothes to landfill or be incinerated?’ So I started doing some tests in my kitchen,” she said.

But Italy’s infamous bureaucracy, scant investment in the green economy and limited child care made the move risky.

When De Rossi’s son was born, she thought of giving up, before her mother-in-law stepped in to help out, a solution many new Italian parents still rely on.

Then when the COVID-19 pandemic hit, the regional funds De Rossi had been promised to help pay for the 13,000 euro shredder were diverted to fight the pandemic, forcing her to pay for it out of her retirement savings.

De Rossi says COVID-19 must take precedent. But like many here, she says that investment in the circular economy, young businesses and women, always seems to come last.

Elly Schlein — vice-president of the northern region of Emilia-Romagna, and at 35, a leading voice of Italy’s younger generation — says COVID-19 and the EU relief fund have provided an unprecedented opportunity for Italy to transform into a modern, green, and digital economy that includes young people and women.

“We are talking about billions of euros, so there are no alibis anymore,” she said of the EU money.

Schlein says what began as a health crisis quickly morphed into an economic and social crisis, putting into stark relief inequalities that persisted after the last crisis in 2008.

“[Those] who paid the highest price for that economic crisis were women and young people in Italy because of the kind of contracts that they have … precarious,” said Schlein. “And even with the unprecedented choice of the Italian government to block firing people during the pandemic, still, [women and youth] have lost hundreds of thousands of jobs. Why? Because they have part-time contracts or jobs with no protection.”

The situation prompted Linda Laura Sabbadini, an ISTAT department head, to write in an op-ed in la Repubblica newspaper calling for the allocation of the billions of euros of the Recovery Fund to be “tinged in pink.”

“The gender impact of the entire recovery fund must be part of the plan,” she wrote. “Because if you keep allocating scarce funds [to get and keep women in the workforce] and don’t spend real money on social infrastructures and women’s entrepreneurship, Italy will not develop. Women, as always, will pay. But the whole country will, too.”

It’s a message that a group called Il Giusto Mezzo (Half of It), made up of economists, entrepreneurs and employees, has been transmitting through flash mobs held in piazzas throughout Italy. The larger group it belongs to, Donne per la Salvezza (Women to the Rescue), has issued post-Covid proposals to the government, pushing for everything from the promotion of girls in STEM to better child care.

But with just a third of new Draghi’s cabinet women — most without portfolios — many Italians remain skeptical.

“It’s a sign of a patriarchal society that has not yet understood that you can only write better policies for the complex problems of society if you don’t have one eye closed, the eye of women,” said Elly Schlein.

While thousands of young people have reacted to the exclusion from the Italian economy by voting with their feet — leaving for opportunity elsewhere — women with children don’t often have that choice.

And some, like Giulia de Rossi, are risking and investing in a better future for Italy.

“These days, when I wake up in the middle of the night, I think, ‘Oh my God, I need to do this or that’,” for her business, she says. “Before starting this new adventure, I would wake up worrying I was wasting my life.”

She just hopes Italy will finally prioritize young women like her, who are already betting on a country that has yet to bet on them.