Details on how to register for a COVID-19 vaccine coming soon, Ontario health ministe…


Ontarians should expect details very soon on how they will be able to register to receive a COVID-19 vaccine, Health Minister Christine Elliott says.

During question period at Queen’s Park on Tuesday, Elliott said all 34 public health units have submitted individual plans to the province’s vaccine task force to distribute and administer doses.

Those who wish to receive a vaccine will have the option to set up an appointment either through an online portal, a telephone booking system or through their family doctor, depending on which public health unit they live in.

“So this is going to be specific and clear to the people,” Elliott said, adding that a finalized plan will be ready “within a very short time.” 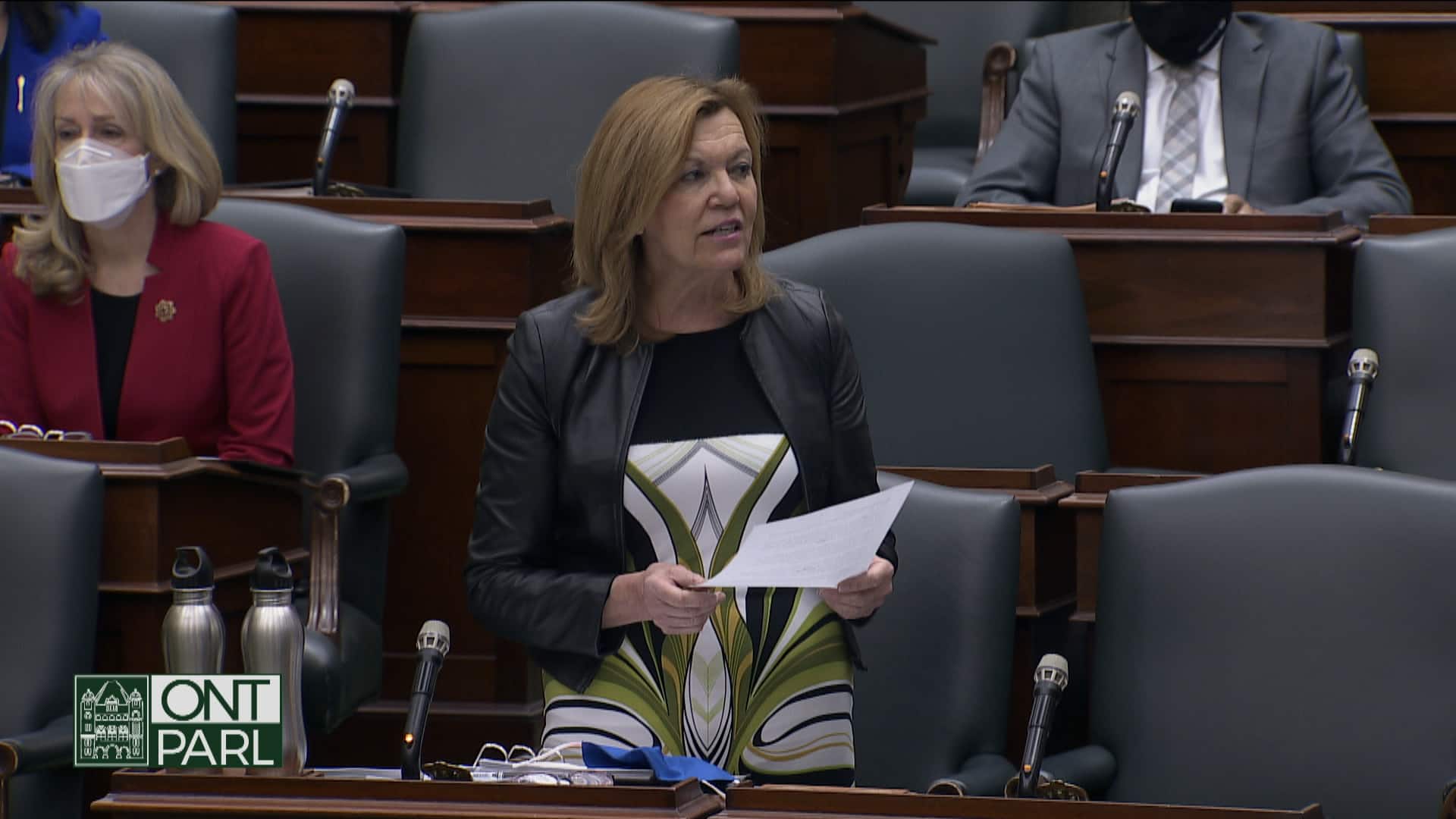 Health Minister Christine Elliott said Tuesday that details will come soon about how people will be able to register to get vaccines, adding that the process will be “clear and transparent” and will differ between Ontario’s 34 public health units. 0:51

Officials on the task force said last week that the province chose to eschew a centralized approach in favour of more autonomy for public health units because communities in different parts of Ontario have individual needs that are best met at the local level.

They emphasized, however, that decisions on the rollout will ultimately be made in conjunction with provincial health authorities.

Ontario expects to receive a more steady supply of COVID-19 vaccines in the coming weeks, and members of the vaccine task force said local units will be prepared to begin giving out shots as soon as they are available.

Phase 1 of the immunization campaign has focused on the highest priority groups, such as residents of long-term care and high-risk retirement homes. More recently, efforts have shifted toward front-line health workers and essential caregivers.

Retired general Rick Hillier, head of the task force, said this week that the province hopes to begin vaccinating adults aged 80 and over by the middle of March.

Meanwhile, Ontario reported 975 additional cases of COVID-19 and the deaths of 12 more people with the illness this morning.

The recently confirmed infections come after five straight days of more than 1,000 new cases daily in the province.

Other public health units that saw double-digit increases in cases were:

(Note: All of the figures used in this story are found on the Ministry of Health’s COVID-19 dashboard or in its Daily Epidemiologic Summary. The number of cases for any region may differ from what is reported by the local public health unit, because local units report figures at different times.)

Ontario’s lab network completed just 25,979 test samples for SARS-CoV-2, the virus that causes COVID-19, and logged a test positivity rate of 4.4 per cent. The nearly 26,000 samples processed is the fewest on a single day in the province since early November 2020.

The seven-day average of new daily cases stands at 1,055. A steep downward trajectory in the seven-day rolling average that began on Jan. 12 has begun to stall.

The Ministry of Education also reported another 175 school-related cases: 149 students, 22 staff and four people who were not identified. The province recently begun the expansion of asymptomatic rapid testing in schools. Here’s what you need to know about the program.

Meanwhile, the province said it administered 16,252 doses of COVID-19 vaccines yesterday. As of 8 p.m. Monday, 247,042 people in Ontario had received both doses of a vaccine and are fully immunized against the virus.