Coronavirus: What’s happening in Canada and around the world on Wednesday

COVID-19 vaccine makers told the United States Congress on Tuesday to expect a big jump in the delivery of doses over the coming month, and the companies insist they will be able to provide enough for most Americans to get inoculated by summer.

By the end of March, Pfizer and Moderna expect to have provided the U.S. government with a total of 220 million vaccine doses, up sharply from the roughly 75 million shipped so far.

“We do believe we’re on track,” Moderna president Stephen Hoge said, outlining ways the company has ramped up production. “We think we’re at a very good spot.”

That’s not counting a third vaccine, from Johnson & Johnson, that’s expected to get a green light from regulators soon. The Biden administration said Tuesday that it expects about two million doses of that vaccine to be shipped in the first week, but the company told lawmakers it should provide enough of the single-dose option for 20 million people by the end of March.

Looking ahead to summer, Pfizer and Moderna expect to complete delivery of 300 million doses each, and J&J aims to provide an additional 100 million doses. That would be more than enough to vaccinate every American adult, the goal set by the Biden administration.

Two other manufacturers, Novavax and AstraZeneca, have vaccines in the pipeline and anticipate eventually adding to those totals.

Asked pointedly if they face shortages of raw materials, equipment or funding that would throw off those schedules, all of the manufacturers expressed confidence that they had enough supplies and had already addressed some of the early bottlenecks in production.

“At this point I can confirm we are not seeing any shortages of raw materials,” said Pfizer’s John Young.

The hearing by a House subcommittee came as U.S. vaccinations continue to accelerate after a sluggish start and recent disruptions caused by winter weather. More than 44 million Americans have received at least one dose of either the Pfizer or Moderna vaccine, and about 1.4 million per day got a first or second dose over the past seven days, according to the CDC.

“The most pressing challenge now is the lack of supply of vaccine doses,” Rep. Diana DeGette, a Colorado Democrat, said as she opened the hearing. “Some of the companies here today are still short of the number of doses they promised to initially deliver when they last testified before this subcommittee in July.” 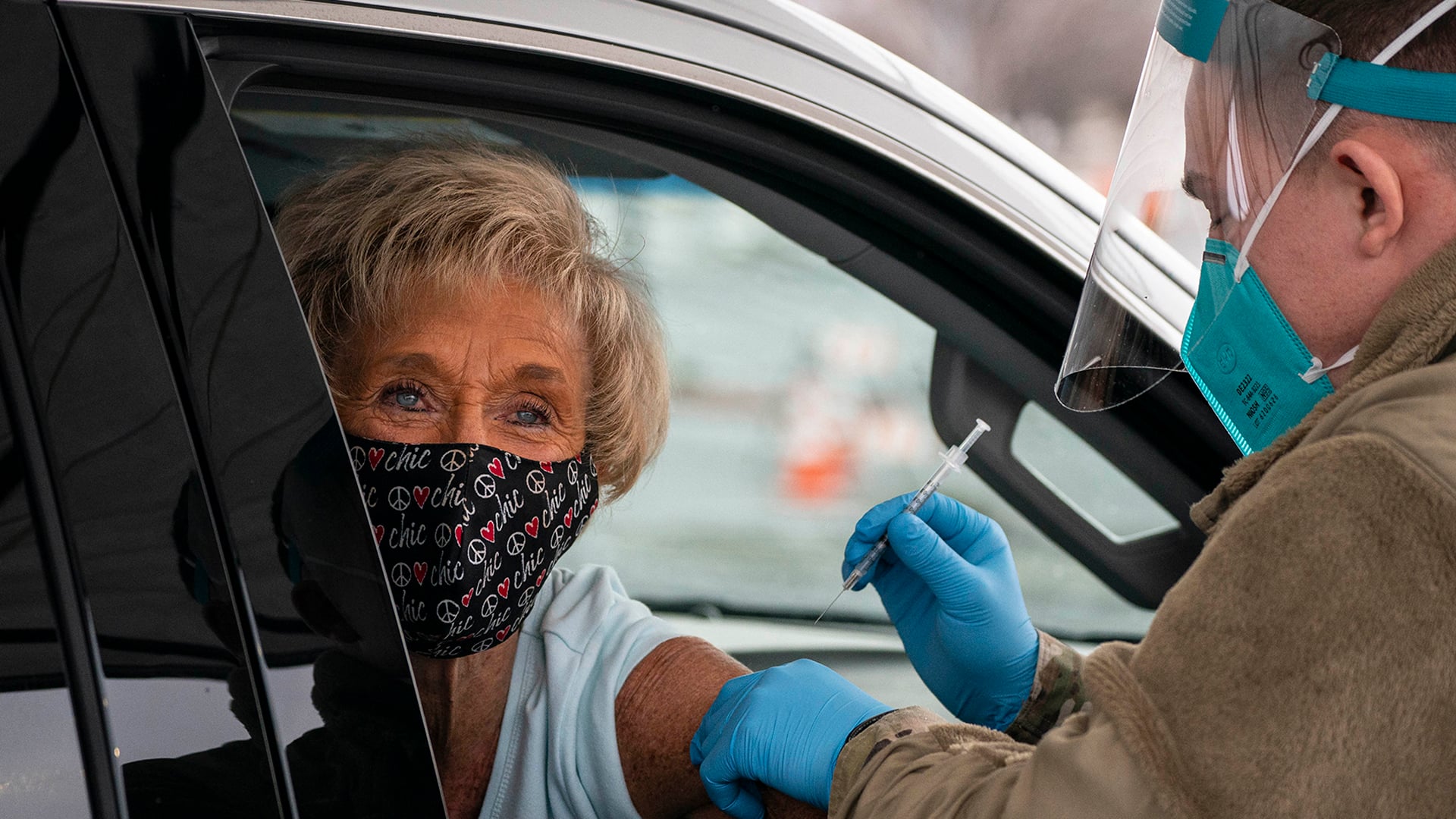 Two geriatricians answer viewer questions about the COVID-19 vaccine and seniors including improving access to doses and the safety of the vaccines. 7:02

Both Pfizer and Moderna failed to meet delivery quotas for the initial doses of their vaccines late last year. That’s prompted Congress to scrutinize the companies’ plans for vaccine development and delivery, which they noted benefited from $16 billion in federal funding.

“A significant amount of American tax dollars were invested to be able to produce the vaccine immediately upon approval,” said Rep. David McKinley, a West Virginia Republican, who questioned executives on why they were still unable to meet demand for the vaccines.

Nearly 14 per cent of Americans have received at least an initial dose of the two-shot regimen vaccines from Pfizer and Moderna.

The Trump administration’s Operation Warp Speed focused most of its efforts on racing vaccines through research, development and manufacturing. But little planning or funding went to co-ordinating vaccination campaigns at the state and local levels. That effort is now picking up speed with plans for mass vaccination sites and an increasing supply distributed to chain pharmacies.

Rep. Frank Pallone, a New Jersey Democrat, questioned J&J vice-president Richard Nettles on why the company has fallen behind on the schedule outlined in its federal contract, which included delivering 12 million doses by late February.

Nettles said only that the company has faced “significant challenges” due to its “highly complex” manufacturing process. But he noted the company is partnering with drugmaker Sanofi to further expand production.

“This has been an unprecedented effort to scale up manufacturing for a vaccine against a disease that didn’t even exist more than a year ago,” Nettles told lawmakers. 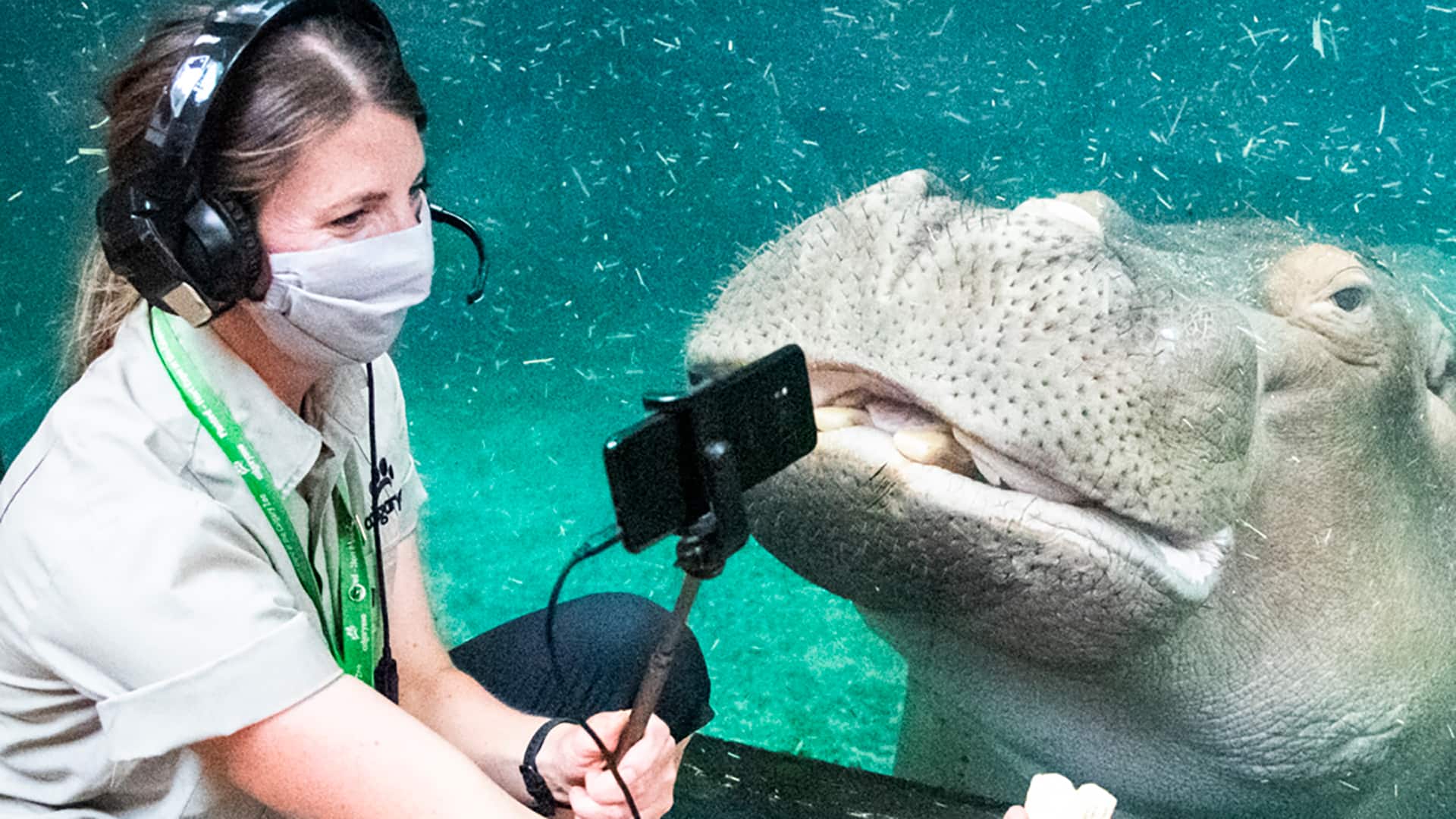 Students may not get a day out of class for a field trip during the pandemic, but are able to experience an even wider variety of museums, zoos and concerts virtually. 1:59

In Atlantic Canada, Newfoundland and Labrador reported 15 new cases of COVID-19 on Tuesday. The province, which reported 372 active cases, had five COVID-19 patients in hospital.

Nova Scotia reported three new cases of COVID-19 on Tuesday, and there were no new cases reported in New Brunswick or Prince Edward Island.

In Quebec, health officials reported 739 new cases of COVID-19 on Tuesday and 13 additional deaths linked to the pandemic. Hospitalizations stood at 680, with 120 COVID-19 patients in intensive care units.

Ontario reported 975 new cases of COVID-19 on Tuesday and 12 more deaths from the virus. Hospitalizations stood at 718, with 283 COVID-19 patients in intensive care units.

In British Columbia, health officials reported 559 new cases of COVID-19 and one more death on Tuesday. The province is expected to start informing people over age 80 about their vaccinations for COVID-19 starting next week as the province prepares to open mass clinics while doing more in-depth testing for variants.

Provincial Health Officer Dr. Bonnie Henry said B.C. is in a phase of “vaccine hope and pandemic reality,” but an age-based immunization plan will remain in place despite some calls to prioritize essential workers.

Here’s a look at what’s happening across Canada:

-From The Canadian Press and CBC News, last updated at 6:30 a.m. ET

WATCH | The benefits of bringing families together during COVID-19 treatment: 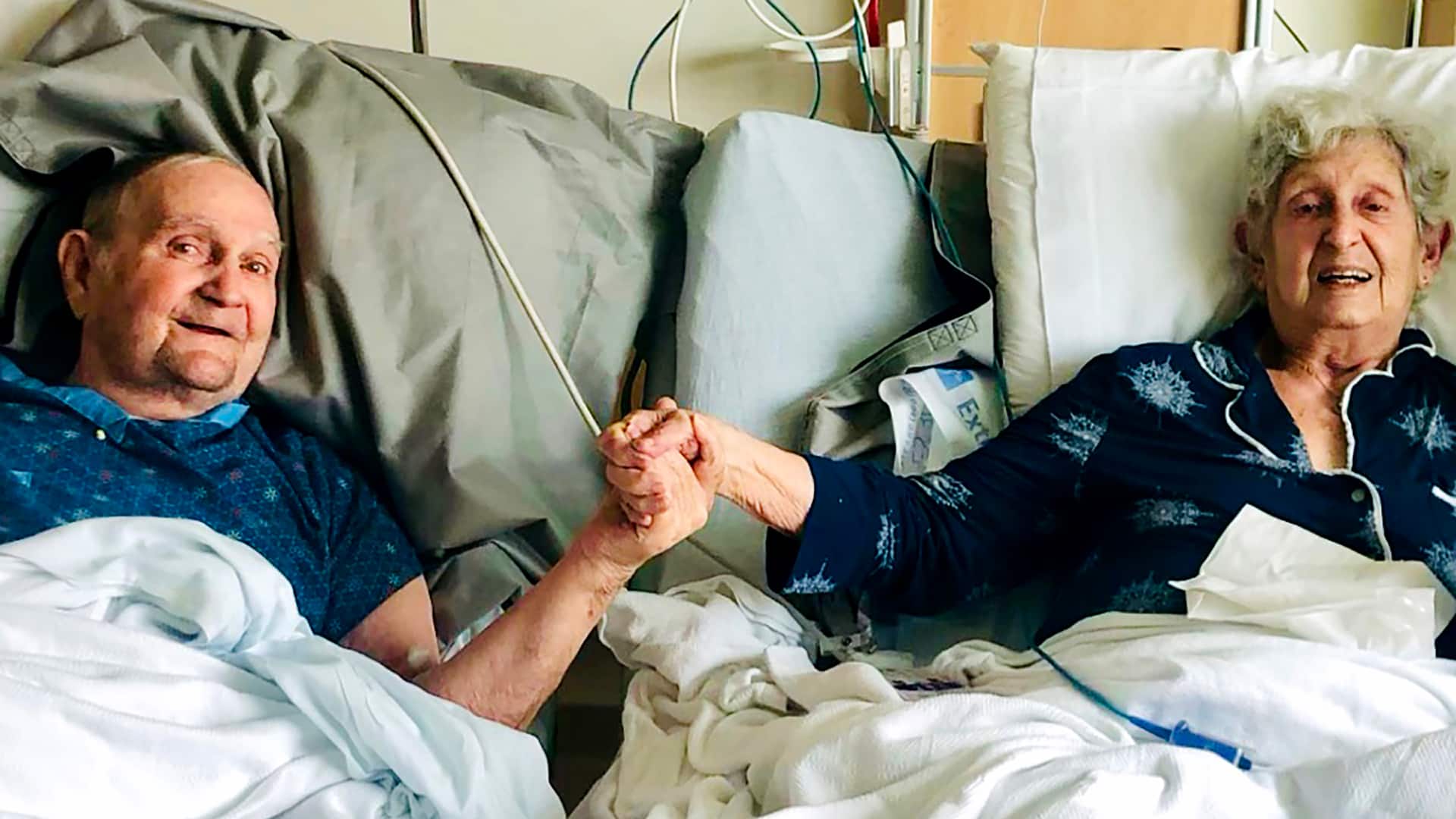 COVID-19 restrictions are keeping many patients apart from loved ones in the hospital, but doctors, patients and families are speaking out about the benefits of bringing families physically together during treatment. 3:32

As of early Wednesday morning, more than 112.2 million cases of COVID-19 had been reported worldwide, with more than 63.3 million cases listed as recovered on a tracking site maintained by Johns Hopkins University. The global death toll stood at well over 2.4 million.

In the Americas, the presidents of Mexico and Argentina pressed the United Nations and the world’s richest countries to improve poorer nations’ access to vaccines.

Brazil has fully approved the Pfizer-BioNTech SE vaccine, though a dispute over a supply deal means it has none to start an immunization program with.

Colombia has approved the emergency use of AstraZeneca’s vaccine.

In Africa, South Africa’s government advisers had organized vaccines into three groups and those considered for “immediate use” were the Johnson & Johnson, Pfizer and Moderna shots.

Ghana has become the first country in the world to receive vaccines acquired through the United Nations-backed COVAX initiative with a delivery of 600,000 doses of the AstraZeneca vaccine made by the Serum Institute of India. The vaccines, delivered by UNICEF, arrived at Accra’s international airport early Wednesday and are part of the first wave of COVID-19 vaccines being sent by COVAX, an international co-operative program formed to make sure low- and middle-income countries have fair access to COVID-19 vaccines.

In the Asia-Pacific region, South Korea’s top infectious disease experts warned that vaccines will not bring the disease to a quick end and called for continued vigilance in physical distancing and mask wearing as the country prepares to give its first shots on Friday.

Jeong Eun-kyeong, director of the Korea Disease Control and Prevention Agency, said Wednesday it would take a “considerably long time” before the mass vaccination campaign brings the virus under control.

The country aims to vaccinate more than 70 per cent of the population by November. But a safe return to a life without masks is highly unlikely this year, considering various factors including the growing spread of virus variants, said Choi Won Suk, an infectious disease professor at the Korea University Ansan Hospital.

“We are concerned that people might drop their guard as vaccination begins, triggering another massive wave of the virus,” Jeong said.

Jeong spoke as South Korea began transporting the first vaccines rolled off a production line in the southern city of Andong, where local pharmaceutical company SK Bioscience is manufacturing the shots developed by AstraZeneca and the University of Oxford.

The country will kick off the vaccination on Friday starting with residents and employees at long-term care facilities.

Separately, some 55,000 doctors, nurses and other health professionals treating COVID-19 patients will begin receiving the shots developed by Pfizer and BioNTech on Saturday.

Thailand, meanwhile, received its first batch of vaccines, with inoculations set to begin in a few days.

In the Middle East, the World Bank threatened to suspend its multimillion-dollar financing for Lebanon’s vaccinations over politicians jumping the line.

In Europe, Sweden is preparing new measures to try to curb a resurgence in cases.

European Union government leaders will agree to maintain curbs on non-essential travel within the EU despite the bloc’s executive asking six countries to ease border restrictions.

-From The Associated Press and Reuters, last updated at 7:10 a.m. ET