Coronavirus: What’s happening in Canada and around the world on Friday

South Korea administered its first coronavirus vaccines Friday to people at long-term care facilities, launching a mass immunization campaign that authorities hope will restore some level of normalcy by the end of the year.

The rollout comes at a critical time for the country, which has seen its hard-won gains against the virus wiped out by a winter surge and is struggling to mitigate the pandemic’s economic impact. It also comes with controversy over the government’s decision to delay inoculating people older than 65.

“I felt very anxious over the past year, but I feel more secure now after receiving the vaccine,” said Lee Gyeong-soon, a nursing home worker, who got her shot at a public health centre in northern Seoul.

More than 5,260 residents and workers at 213 nursing homes, mental health facilities and rehab centres who are younger than 65 were to receive their first shots of the two-dose vaccine developed by AstraZeneca and Oxford University on Friday.

An unspecified number of patients and workers at 292 long-term care hospitals and people in the same age group will also get the vaccine, according to officials at the Korea Disease Control and Prevention Agency.

By the end of March, authorities plan to complete injecting the first doses to some 344,000 residents and workers at long-term care settings, who will receive the Oxford-AstraZeneca vaccines, and 55,000 front-line medical workers, who will receive shots developed by Pfizer and BioNTech.

But there’s criticism over the government’s decision to delay the approval of the Oxford-AstraZeneca vaccines for people over 65 until the developers provide more data on effectiveness for that age group. The government has yet to approve any vaccine for people older than 65, but officials have indicated the Pfizer shot could be approved first.

Jaehun Jung, a professor of preventive medicine at the Gachon University College of Medicine in Incheon, says the decision risks the safety of people who are most vulnerable to COVID-19 when the country will be chiefly dependent on locally produced Oxford-AstraZeneca vaccines during the early part of its vaccination campaign.

Meanwhile, Hong Kong has begun administering its first COVID-19 vaccines to the public, kicking off its mass inoculation program targeting all 7.5 million residents.

People age 60 and older and health-care workers are among some 2.4 million people prioritized to receive vaccines at community centres and outpatient clinics across Hong Kong. The government said Friday that registrations for the first two weeks of the program are full.

Participants so far will be receiving the vaccine by Chinese biopharmaceutical firm Sinovac. A million doses arrived in the city last week, and Hong Kong leader Carrie Lam and other top government officials were vaccinated first in a bid to bolster confidence in the program.

Hong Kong has struck deals to buy 22.5 million doses of vaccines from Sinovac, AstraZeneca and Fosun Pharma, which will deliver the shots developed by Pfizer-BioNTech.

In Newfoundland and Labrador, Chief Medical Officer of Health Dr. Janice Fitzgerald is slated to deliver an update on Alert Level 5 on Friday, which marks two weeks since the province returned to its strictest level of public health restrictions amid a spike in COVID-19 cases.

Fitzgerald earlier in the week had declined to offer a potential date for lifting restrictions that have kept schools across the province closed and non-essential businesses shuttered apart from curbside pickup. She said that when restrictions are lifted, personal interactions should still be limited.

Business owners across the province have urged Fitzgerald to consider a regional reopening of the province and lift the Alert Level 5 lockdown for all areas outside of the metro St. John’s region.

Newfoundland and Labrador reported 10 new cases of COVID-19 on Thursday, which along with 20 recoveries brought active cases down to 335 — a drop of nearly a hundred cases from Saturday’s high of 434. 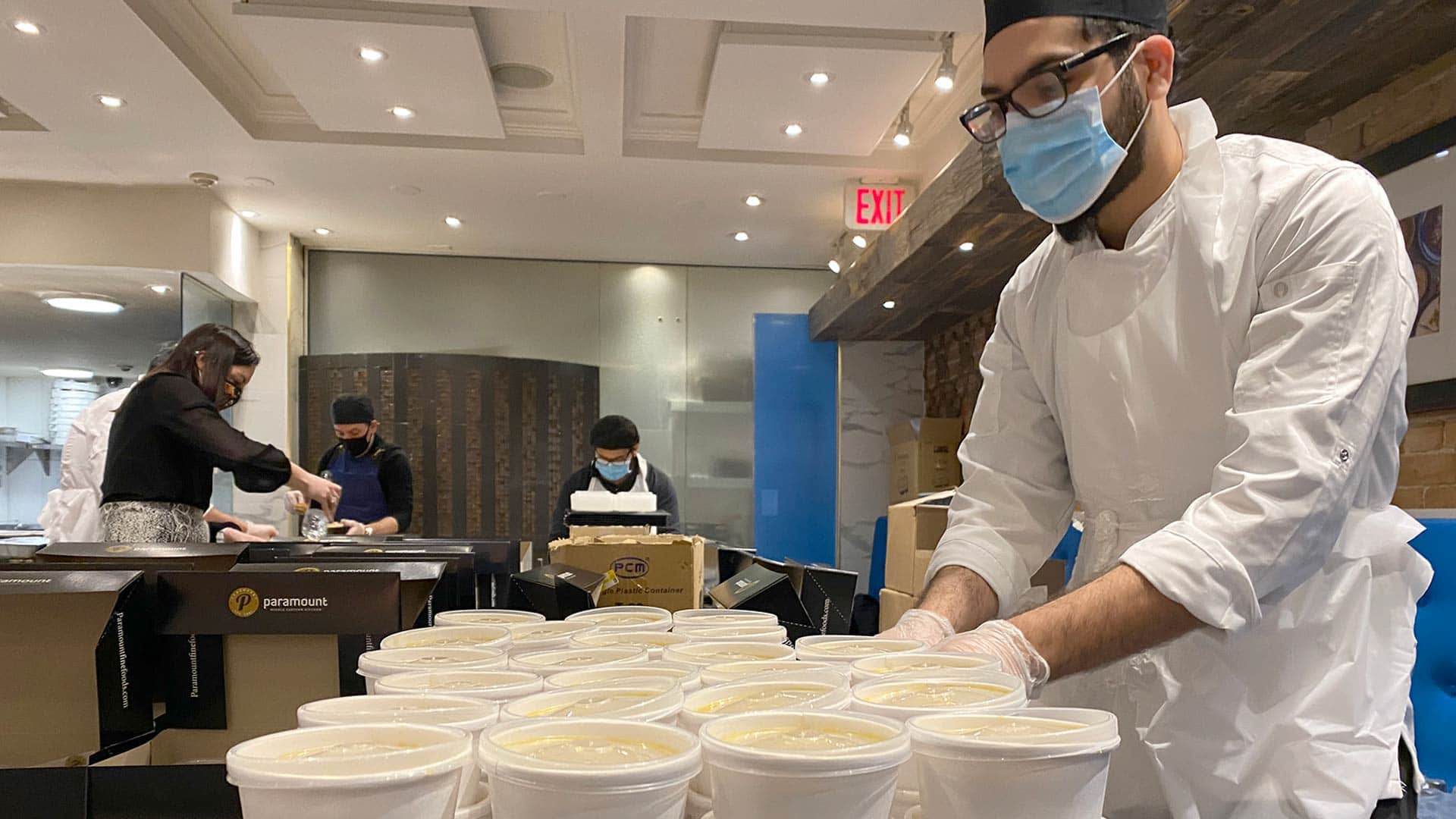 The CEO of Paramount Fine Foods, Mohamad Fakih, hopes to deliver 15,000 free meals to front line staff in long-term care homes over the next few months to say thanks for the work they have done during the pandemic. 2:51

In Quebec, Thursday was the first day members of the general population could receive their first of two shots of the vaccines against COVID-19.

The provincial government opened its online appointment portal and phone lines for vaccination appointments in the morning, with Quebecers born in 1936 or before eligible to make appointments, as well as those born in 1951 or earlier who are their caregivers. By day’s end, the ministry reported having booked more than 98,000 appointments.

Some of the regional health boards around Montreal began inoculating earlier than the planned March 1 date. Gisèle Fortaich, 86, was among those to receive the vaccine at Laval’s mass vaccination centre Thursday.

Fortaich told reporters she wanted to be sure to get the vaccine after a harrowing experience at the hospital with COVID-19 some months ago.

“It wasn’t easy to stay at the hospital that long,” Fortaich said. “What I went through, I’m telling myself it’s over now and I’m looking to the future.” Gisèle Fortaich, 86, said she was looking forward to getting vaccinated after being hospitalized with COVID-19 a few months ago. 0:53

As of 7:30 a.m. ET on Thursday, more than 113 million cases of COVID-19 had been reported worldwide, with 63.8 million of the cases listed as recovered on a tracking site maintained by Johns Hopkins University. The global death toll stood at more than 2.5 million, according to the U.S.-based university.

In Europe, a Dutch appeals court said on Friday the government had been right to impose a night curfew in the fight against the coronavirus, overturning a lower court’s order, which had caused confusion over the measure last week.

In a clear victory for the government, the appeals court said it had rightfully used emergency powers to install the curfew, the first in the Netherlands since the Second World War, and had adequately proved that the measure was necessary to rein in the pandemic.

Friday’s ruling had few practical implications, as the government last week circumvented the order to scrap the curfew by rushing in a new law that gave it a sounder legal footing. It also extended the 9 p.m.-4.30 a.m. curfew by at least three weeks, to March 15, as experts warned of an imminent wave of new infections.

In the Americas, Brazil’s health ministry signed a deal with Indian pharmaceutical company Bharat Biotech for the purchase of 20 million doses of the Covaxin vaccine, which is yet to be approved by local regulators.

The administration of President Jair Bolsonaro said the first eight million Covaxin shots, which will be made by Brazilian company Precisa Medicamentos, will arrive in March.

The deal Thursday came on the same day Brazil reached the grim milestone of 250,000 deaths from COVID-19. So far, Brazil has vaccinated less than four per cent of its population of 210 million people, with some cities stopping immunization campaigns last week due to shortages.

WATCH | Why a coronavirus variant found in New York City is causing concern: 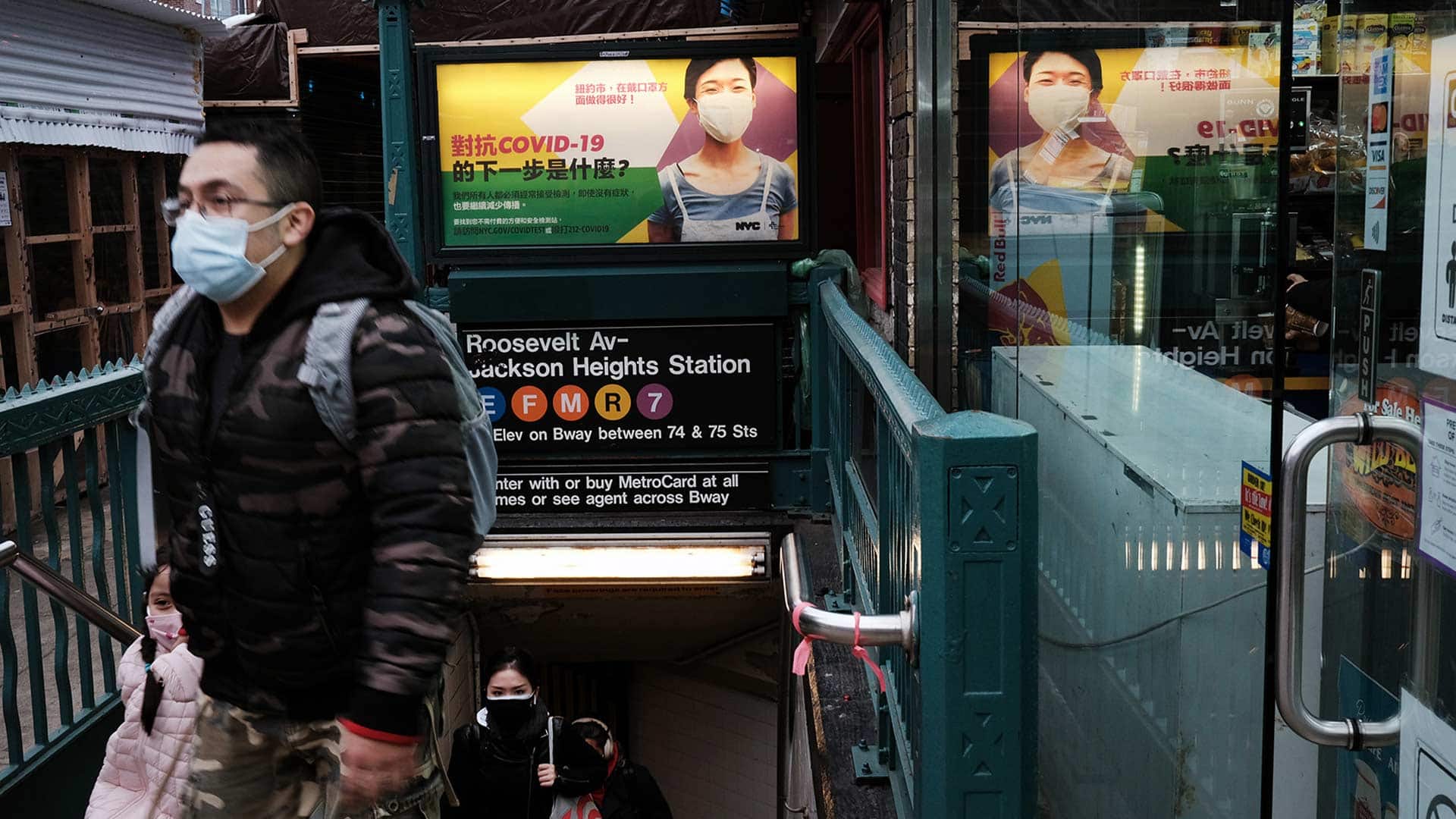 A new coronavirus variant, B1526, now spreading in New York City first emerged in November, and some of its characteristics give it the potential to reduce the efficacy of COVID-19 vaccines. 1:56

In Africa, a resurgence of COVID-19 cases is hitting Somalia hard, straining one of the world’s most fragile health systems, while officials await test results to show whether a more infectious variant of the coronavirus is spreading.

In the lone COVID-19 isolation centre in the capital, Mogadishu, 50 people have died in the past two and a half weeks, Martini hospital deputy director Sadaq Adan Hussein told The Associated Press during a visit. Sixty other patients admitted during the period have recovered.

Somalia’s virus infections have jumped from 4,784 to 6,549 this month alone, according to official data. Somalia, like most African countries, has yet to see a dose of a COVID-19 vaccine, though they also are expected to start arriving next month.

In the Asia-Pacific region, the state of emergency Japan set up to curb the spread of the coronavirus will be lifted in six urban areas this weekend and remain in the Tokyo area for another week, a government minister said Friday.

Yasutoshi Nishimura, the minister in charge of pandemic measures, told a special government panel that the emergency will be lifted in Aichi, Gifu, Osaka, Kyoto and Hyogo in central Japan, and in southwestern Fukuoka.

Partially lifting the emergency, and just a week early, underlines Japan’s eagerness to keep business restrictions to a minimum to keep the economy going. The emergency, which began in January, centres around asking restaurants, bars and other businesses to close at 8 p.m.

In the Middle East, Israel has administered at least one COVID-19 vaccine shot to 50 per cent of its population, while 35 per cent have received the full two-dose course, Health Minister Yuli Edelstein said on Friday.

Israel counts East Jerusalem Palestinians, who have been included in the vaccine campaign that began on Dec. 19, as part of the 9.3 million population. Palestinians in the occupied West Bank and the Gaza Strip are not part of the Israeli campaign.

Prime Minister Benjamin Netanyahu aims to vaccinate all Israelis over the age of 16 by the end of March, when he is up for re-election. He says that would allow for a post-pandemic reopening of the country in April.

– From The Associated Press and Reuters, last updated at 7:30 a.m.

Decades after the Gulf War, Iraq’s youth view oil as a curse | Oil and Gas News