Bahrain has announced that it is planning to offer COVID-19 vaccinations to those travelling for Formula 1 testing and the grand prix in March.

Bahrain is set to host F1’s sole pre-season test from 12-14 March before the season-opening race at the Bahrain International Circuit from 26-28 March.

Bahrain currently has one of the highest COVID-19 vaccination rates in the world, with around 9% of the population already receiving both required doses.

With a number of personnel due to be in Bahrain for the full three-week period covering both testing and the race, the country has now announced it will be offering them COVID-19 vaccines.

The Kingdom of Bahrain said that it would be extending its vaccination programme “to major events in the kingdom on a voluntary basis, where timescales allow and provide additional benefit to both participants and the national population.”

“Due to the timescale of this year’s Formula 1 event, including testing, the vast majority of participants will be present in Bahrain for a three-week period ahead of the race,” the statement continued.

“This, in turn, allows a unique opportunity to provide additional protection for those who wish to take up the opportunity in the form of vaccination (Pfizer-BioNTech vaccine).” 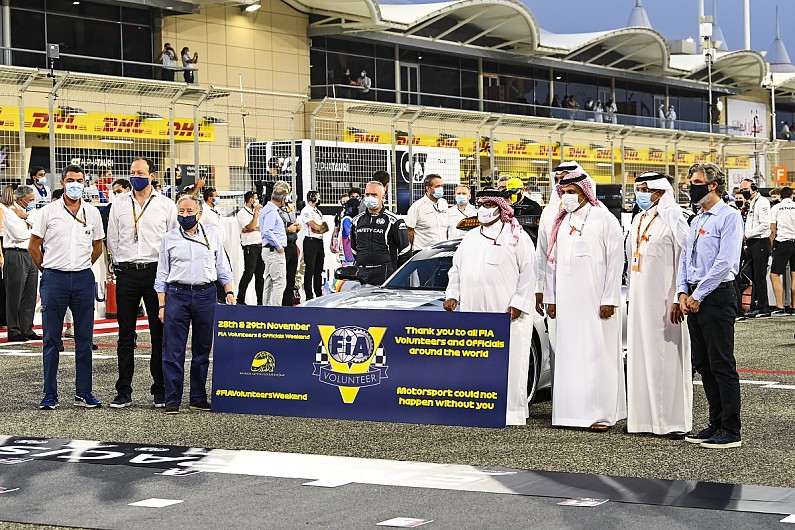 The Bahrain Ministry of Health will offer all those who classify as a “race participant” to be vaccinated upon arrival on Bahrain, before receiving the second, supplementary booster dose before leaving the country, 21 days after the first.

However, a spokesperson from F1 confirmed the organisation itself “has no plans to be vaccinated as a travelling group ahead of the already established rollout of vaccines through the health system in the UK.”

It is understood that most teams will also not be taking Bahrain up on the offer.

The postponement of the Australian Grand Prix to November prompted Bahrain to become the season-opener, which in turn led to pre-season testing being moved away from Barcelona.

Bahrain’s COVID-19 infection rate hit a new high in February, reaching 848 new cases in a day. It has recorded a total of 444 deaths since the start of the pandemic.