Coronavirus: What’s happening in Canada and around the world on Monday

Nearly four million doses of the newest coronavirus vaccine available to people in the U.S. are being delivered to states for injections starting on Tuesday.

The White House said the entire stockpile of the newly approved single-dose Johnson & Johnson vaccine will go out immediately. J&J will deliver about 16 million more doses by the end of March and 100 million in total by the end of June, but the distribution will be backloaded.

Though the new shot is easier to administer and requires only one dose, the U.S. administration is not altering its distribution plans.

The White House is encouraging Americans to take the first dose available to them, regardless of manufacturer.

Advisers to the U.S. Centers for Disease Control and Prevention voted overwhelmingly on Sunday to recommend the vaccine for adults aged 18 and older. It adds to the vaccines from Pfizer and Moderna that were authorized in December.

“Within the next 24 to 28 hours, Americans should start receiving shots in arms. They’re literally rolling out with the trucks as we speak,” J&J chief executive officer Alex Gorsky told NBC News on Monday.

“It’s really difficult to predict exactly when we might make a final decision because it really depends on that data. But we’re looking at … the next couple of weeks,” Dr. Supriya Sharma said in an interview on Rosemary Barton Live.

The two-dose vaccine from Oxford University and AstraZeneca was approved for use in Canada late last week, bringing the number of vaccines available in the country to three.

Canada shouldn’t expect help from the U.S. on vaccine supply, as the White House spokesperson on Monday ruled out sending vaccines to continental partners like Canada and Mexico.

“No,” Jen Psaki replied after she was asked at a press briefing if Biden was considering sharing part of the U.S. COVID-19 vaccine supply with allies. “The president has made clear that he is focused on ensuring that vaccines are accessible to every American. That is our focus.”

– From The Associated Press and CBC News, last updated at 3:15 p.m. ET

As of late last week, the Public Health Agency of Canada had reported 1,010 cases of variants of concern, including:

British Columbia is extending the time between first and second doses of COVID-19 vaccine to four months, freeing up 70,000 doses for younger age groups earlier.

Provincial Health Officer Dr. Bonnie Henry said on Monday that the first dose of the Pfizer-BioNTech and Moderna vaccines has been shown to provide “miraculous” protection of 90 per cent.

Also Monday, the province announced it is moving into the second phase of its four-step vaccination plan, which is based on age.

Starting next Monday, seniors aged 90 and over — or an advocate — can call to book their appointment for a vaccine, followed a week later by those aged 85 and over, and a week after that by those aged 80 and over. Vaccinations will start as early as March 15 for the first group.

Nunavut reported one new case of COVID-19 on Monday, but with 11 reported recoveries the number of active cases in the territory stood at eight. All of the cases are in the hamlet of Arviat, the premier said.

In Quebec on Monday, health officials reported 613 new cases of COVID-19 and six additional deaths. An update posted to the provincial dashboard put the number of people in hospital with COVID-19 at 612, with 122 of those in intensive care units.

Ontario reported 1,023 new cases of COVID-19 on Monday and six additional deaths. Hospitalizations in the province stood at 659, with 280 COVID-19 patients in intensive care units.

With case numbers on the rise in some regions and with growing worry over variants of concern, two regions — Thunder Bay and Simcoe Muskoka — were being sent back to lockdown as of Monday.

But seven other regions were relaxing some public health restrictions on Monday amid declining COVID numbers. They include Niagara Region, Chatham-Kent, Middlesex-London, Southwestern, Haldimand-Norfolk, Huron Perth and Grey Bruce.

The number of active cases in Newfoundland and Labrador is declining, officials said, but they urged people to stay cautious and keep following the rules.

Prince Edward Island, meanwhile, moved to close schools and ban gatherings for 72 hours as health officials try to stop the growth of two clusters of cases. 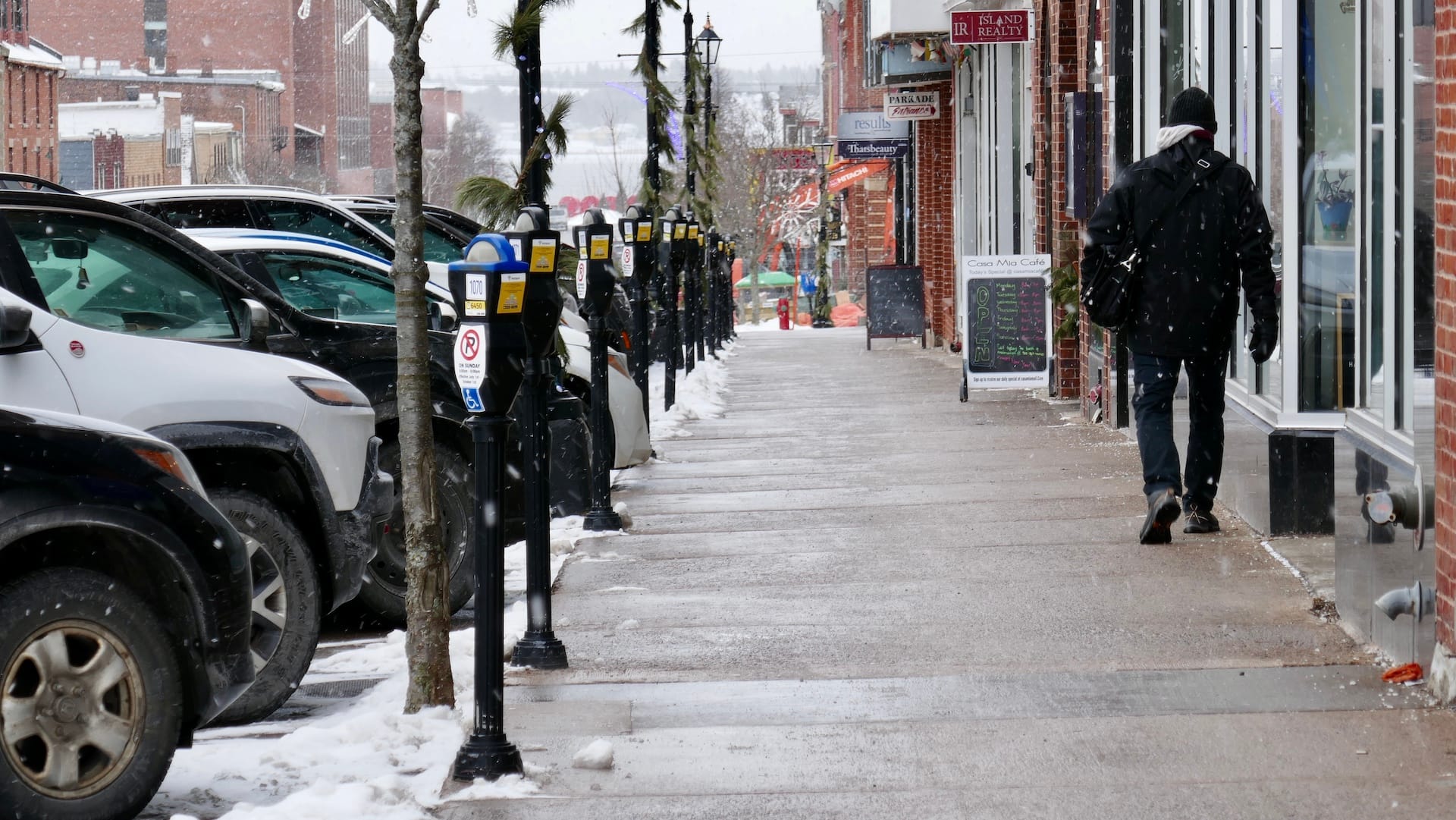 Prince Edward Island has shut down much of the province and ramped up testing for the coronavirus as it tries to trace the source of outbreaks in two communities. 3:30

Speaking to Island Morning host Mitch Cormier on Monday, Premier Dennis King said health officials are working to gather details on how the outbreaks in Summerside and Charlottetown originated.

“All of us should take this very seriously and act accordingly,” the premier said.

Health officials in P.E.I. on Monday reported no new cases of COVID-19, leaving the number of active cases on the island to 18.

There was an influx of testing over the weekend, with a total of 6,632 COVID-19 tests completed on Saturday and Sunday, after the province asked all Islanders aged 19 to 29 who work in a range of sectors — including food service, transportation and call centres — to get tested.

New Brunswick reported one new case on Monday. As the number of active cases drops, Dr. Jennifer Russell, the chief medical officer of health, has said that the entire province could be moved back to the less-restrictive yellow phase in a week.

In the Prairie provinces, Manitoba reported 35 new cases — its lowest daily case count since Oct. 7 — and one new death on Monday. The province is expected to release information on the further loosening of pandemic restrictions on Tuesday.

Yukon and the Northwest Territories report updated figures from Monday through Friday, so there were no updates available on case numbers over the weekend.

As of 2 p.m. ET on Monday, more than 114.3 million cases of COVID-19 had been reported worldwide, with 64.5 million cases listed as recovered on a global tracking site maintained by Johns Hopkins University. The global death toll stood at more than 2.5 million.

The number of new coronavirus infections rose last week for the first time in seven weeks, World Health Organization (WHO) director general Tedros Adhanom Ghebreyesus said on Monday. Tedros said the rise was “disappointing but not surprising” and urged countries not to let up in measures to fight the spread of the disease.

At the same time, Mike Ryan, WHO’s top emergency expert, said the global fight against the coronavirus was in a better state now than it was 10 weeks ago before the rollouts of vaccines had begun.

WATCH | COVID hospitalizations, deaths may cease by end of 2021, WHO says: 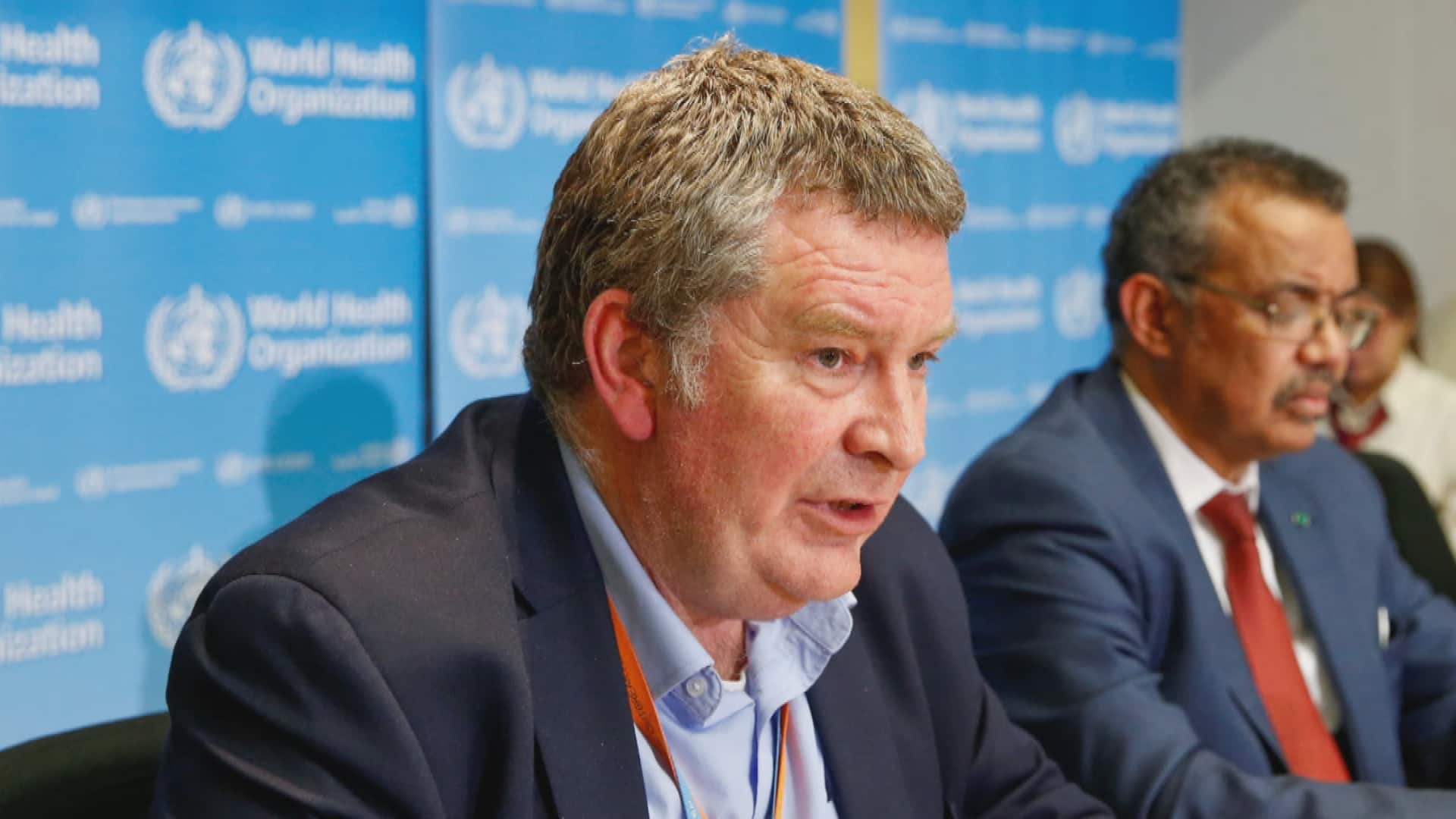 The World Health Organization says a combination of coronavirus suppression and vaccinations could put an end to the most tragic outcomes of the pandemic, although the novel virus will not be gone altogether. 1:24

In the Asia-Pacific region, the Philippines launched a vaccination campaign on Monday but faces supply problems and public resistance, which it hopes to ease by inoculating top officials.

Cabinet officials, along with health workers and military and police personnel, were among the first to be vaccinated in six hospitals after 600,000 doses donated by China were received on Sunday.

The Philippines has reported more than 576,000 infections, including 12,318 deaths, the second-highest totals in southeast Asia after Indonesia.

Aside from China’s donated vaccine from Sinovac Biotech Ltd., the government has separately ordered 25 million doses from the China-based company, but no date has been set for the deliveries. Health Secretary Francisco Duque III said the delivery of an initial 525,600 doses of AstraZeneca’s vaccine that was initially scheduled for Monday would be delayed by a week due to supply problems.

The government has been negotiating to secure at least 148 million doses from Western and Asian companies to vaccinate about 70 million Filipinos for free in a massive campaign funded by foreign and domestic loans.

In the Americas, Brazil’s capital has entered a two-week lockdown, joining several states in adopting measures to reduce the spread of COVID-19 as intensive care beds begin to fill in some important cities.

At least eight Brazilian states adopted curfews over the past week due to the rise in cases and deaths from COVID-19. Thursday was Brazil’s deadliest day since the beginning of the pandemic, with 1,541 deaths confirmed from the virus. So far more than 254,000 people have died overall.

Brasilia Gov. Ibaneis Rocha decreed the total closure of bars, restaurants, shopping malls and schools until March 15 and prohibited gatherings of people. Sale of alcoholic beverages was prohibited after 8 p.m. In the federal district, 85 per cent of hospital beds were occupied on Sunday, according to the local health ministry.

President Jair Bolsonaro again criticized such measures, saying on his Twitter account: “The people want to work.” He threatened on Friday to cut off federal emergency pandemic assistance to states resorting to lockdowns.

In Europe, health officials in Britain have identified six cases of the P1 variant — including one in a person who has not been traced. Direct flights from Brazil to the U.K. have been halted, but the newly identified cases have been linked to people who came to the U.K. from Brazil through other European cities in early February.

The arrivals came days before the U.K. imposed a 10-day hotel quarantine on people arriving from high-risk countries, including Brazil.

Three of the cases of the variant are in Scotland and two in southwest England. The sixth individual has not been identified because they did not correctly fill in a form with their contact details. Public Health England said it was working to find the person and is conducting local mass testing to see whether the variant has spread in the community.

In the Middle East, Iran has surpassed 60,000 known coronavirus-related deaths, the latest grim milestone for the hardest-hit country in the Middle East. The Health Ministry reported 93 new deaths from COVID-19 on Sunday and more than 8,000 new infections, pushing the total infection count over 1.63 million.

After more than a year of the pandemic, deaths from COVID-19 recently have declined in Iran as movement restrictions in the capital have set in, including inter-city travel bans, mask mandates and school closures.

The government on Sunday banned incoming travellers from a list of 32 countries, including Britain and other states in Africa and Latin America, due to fears of new virus variants. Over the year, Iran has struggled with surges that at times overwhelmed its health system as authorities resisted a total lockdown to salvage an economy crippled by U.S. sanctions.

In Africa, Ivory Coast has begun giving shots to inoculate against COVID-19 with vaccines delivered last week by the global COVAX initiative, which was created to ensure that low- and middle-income countries have fair access to doses.

The West African country’s mass vaccination campaign started with jabs being given to health workers, teachers and members of the armed forces in the commercial capital, Abidjan, where 95 per cent of the country’s cases have been recorded. According to WHO and UNICEF, some 24 other African countries are expected to start receiving vaccines via COVAX this week in what they say is the world’s largest vaccine procurement and supply operation in history.

South Africa remained the hardest-hit country in Africa, with more than 1.5 million reported cases of COVID-19 and nearly 50,000 deaths. With fewer new cases being reported, South Africa is easing some restrictions — but President Cyril Ramaphosa urged people to stick with measures like physical distancing.

Have a question about the ongoing pandemic? We’re engaging in the comments below and will answer as many questions as we can.

– From The Associated Press, Reuters and CBC News, last updated at 2 p.m. ET

Torstar to launch online casino to help fund its journalism