Don’t show a photo of David Suzuki: How WE Charity tried to keep its donors happy


A parade of public figures, musicians and activists crossed the stage in front of 16,000 youth gathered in Calgary in October 2016 for the annual WE Charity arena show, known as WE Day. But away from the stage, conflict was brewing.

An image of environmentalist David Suzuki flashed on the big screen at the Saddledome — one face in a montage of “Canadian heroes” intended to inspire young people to go out in the world and do good deeds.

That picture angered one donor, say former staff of WE Charity, the organization founded by brothers Marc and Craig Kielburger to end child labour and empower children to change the world.

“I’ll never forget it,” one source told the CBC’s The Fifth Estate. “The man was livid, screaming [in] the halls.”

After the show, the producers were “demoralized and deflated,” the source said.

The result was that Suzuki’s image was pulled from some future shows, sources say.

This case illustrated a larger problem at WE Charity, former employees told CBC’s The Fifth Estate. A great deal of attention was paid to finding, keeping and making sure donors and sponsors were happy, the employees said.

Many spoke on the condition of anonymity because they were asked to sign non-disclosure agreements by the WE organization. 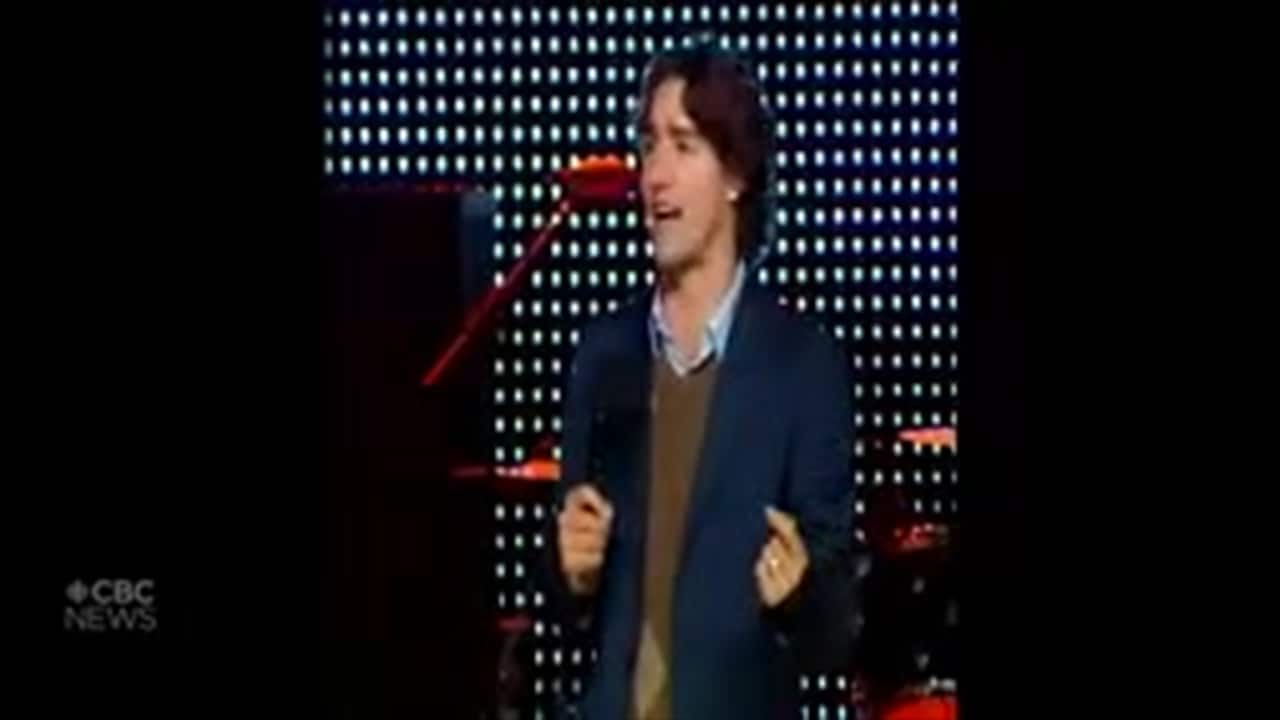 Justin Trudeau speaks at WE Day Toronto at the Ricoh Coliseum in 2008. 6:05

The subject of WE Days — who appeared and what they said — made headlines last summer after WE Charity signed an agreement to administer up to hundreds of millions of federal dollars in grants through the Canada student service grant program. WE Charity was to receive $43 million to administer the program.

Opposition parties quickly noted Prime Minister Justin Trudeau’s past participation in the events, having spoken at seven WE Days between 2007 and 2017. Soon after, the contract was cancelled.

WE Days were stadium shows packed with youth volunteers supporting social change. They were feel-good extravaganzas that became synonymous with WE Charity between 2007 and 2020. WE Charity, formerly known as Free the Children, was founded by the Kielburgers in Thornhill, Ont., in 1995.

Former staff members say the brothers, who were present that night in 2016, tried to calm the donor, who had ties to the oil industry.

“We decided that we would remove that particular clip. Canada’s complicated. Canada is really complicated,” said Craig Kielburger.

The decision to remove the image was not entirely because of the donor, he said.

“They were upset because a few months earlier, David Suzuki had compared the oil industry to modern-day slave traders.”

Kielburger said while they pulled that image from the montage of Canadian heroes, they kept other programming related to climate change. Suzuki went on to speak at another WE Day in 2019.

“To be candid, I consider him a friend,” said Kielburger.

Outwardly, the WE Days were about empowering young people to make positive change. “Making doing good, doable” is the WE Charity slogan.

To earn a ticket to a WE Day, students had to participate in the WE Schools program. By participating in the program, students committed to completing one local and one global action.

The shows boasted A-list celebrities such as Selena Gomez, Demi Lovato and the Jonas Brothers. Musicians, actors and politicians of various stripes all took to the WE Day stage as the shows toured across Canada and the United States.

But since participants weren’t paying the bills, WE Charity looked to sponsors and donors to cover expenses.

“There was a very fine balance to find … and it didn’t always go well,” said one former employee.

In a 2016 email obtained by The Fifth Estate, a WE employee sent out planning notes for the upcoming Canada 150 WE Day celebration.

After receiving the email,The Fifth Estate contacted Kennedy, who said the email he wrote was a record of minutes from a meeting of the WE Day production team. It was sent to a variety of WE staffers.

Kennedy said “don’t say oil on stage” meant exactly that — that presenters were not to use the word “oil,” and that he was a junior writer at the time, taking notes from a meeting.

When asked about this email, the WE organization sent a response saying it “has no such rule.”

“Mr. Kennedy’s email was issued unilaterally without prior or subsequent approval or authorization from WE,” the WE organization said in a letter.

Kennedy, who worked for WE for more than five years, denies that allegation. He said he was simply sharing notes from a meeting, and that he was far too junior in the organization to be sending out emails to the production team with rules for what performers could say on stage.

“I just feel let down and disappointed, to be honest with you,” he said. “The idea that I, at that point in my career at WE, could be making such an important rule about what can or cannot be said on stage… there is no truth in that.”

Contacted by The Fifth Estate, Suzuki said he wasn’t offended by his image being removed from the Canadian heroes montage because he understands his views are contentious in Alberta.

But he said he thought the rule not to say “oil” onstage is “disappointing.”

Other employees raised concerns about partnerships with companies such as Dow Chemical and other corporations that have been involved in public controversies, saying they worried the businesses were trying to improve their corporate image by working with the charity.

In 2015, the CEO of Dow Chemical admitted in an interview with Fortune Magazine that Dow needed a new image.

“I think the chemical industry — those are two very bad words, chemical and industry — needed to be rebranded,” CEO Andrew Liveris said.

Dow Chemical purchased the company responsible for the catastrophic gas leak in Bhopal, India, that left thousands dead and thousands more injured in 1984. In 2014, Amnesty International publicly campaigned for Dow Chemical to compensate victims and appear in an Indian court to take responsibility.

In 2017, Dow Chemical was the subject of an investigation by The Associated Press that found it tried to kill a study that found that some of its pesticides were harmful to endangered species.

The company denied the allegation.

Later that year, Dow Chemical partnered with WE Charity to launch a school program called “WE are Innovators” that promoted using science to “develop solutions to solve some of the world’s most pressing issues.”

Craig Kielburger said WE had an independent five-step vetting process in place to make sure companies met ethical standards before they were accepted as sponsors — and that Dow passed the vetting process.

“I personally believe that we should have companies with purpose. I would rather that a company chooses to take their dollars, and instead of spending it on fancy commercials or billboards or ad campaigns, I would rather they compete to do the greatest good,” Kielburger said.

After last summer’s political scandal, many of the charity’s sponsors, including Loblaws, RBC and KPMG, ended their partnerships with WE.

Britain to test mixing and matching of COVID-19 vaccines